Will Poor Soft Skills Accelerate the Use of Robots? 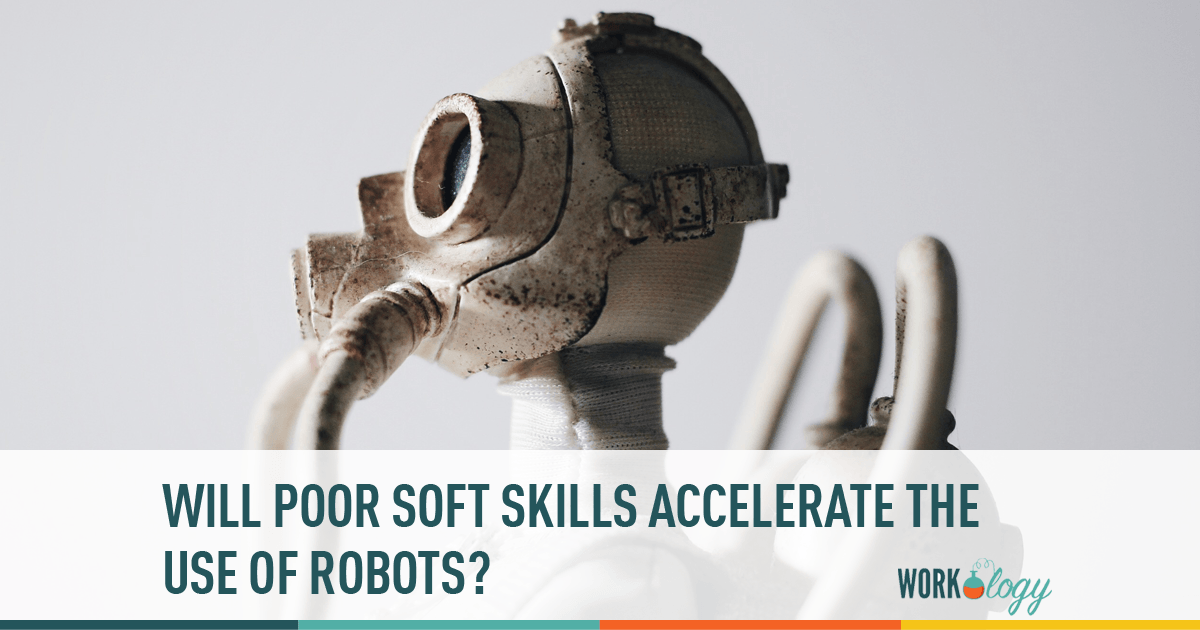 Will Poor Soft Skills Accelerate the Use of Robots?

Over at Fast Company Lydia Dishman looks at a study by the McKinsey Global Institute, and argues that This is the Hidden Challenge in the Future of Work. The study mentioned several factors in the world of work, such as unemployment and workforce participation by women and the impact that had on prosperity. However, two other factors caught my attention. The first of these dealt with skill levels of younger workers. Secondly the article stated that workers really didn’t need to worry about being replaced by robots in the near term.

Younger workers have technical skills but not much else

According to the MGI study hiring managers are finding out that younger workers are woefully unskilled, not in technical skills such as know-how in search engine optimization marketing and coding, but in social and soft skills such as communication, teamwork, and punctuality. A study by Payscale produced similar results. The MGI study said “Chief among the complaints by hiring managers were that communication, leadership, ownership, and teamwork were missing in this new crop of workers.” These complaints have been echoed by many a hiring manager or HR professional.

No need to worry about robots?

Surprisingly, at least to my mind, the article went on to say that the current workforce had nothing to worry about when it came to being replaced by automation. The study said:

“MGI research on the potential for automation across 54 countries and more than 2,000 work activities indicated that the number of jobs that can be fully automated by adapting currently demonstrated technology is less than 5%. That number could go as high as 20% in some middle skill categories.”

The author in quoting an expert said “So while part of your job is likely to become automated in the next few years, chances are there will be something else to take its place” citing the IT and technology jobs that did not exist 10 years ago.

Do these two factors present a double whammy?

I am concerned about the combination of these two factors. Employers are saying that new workers do not come prepared with the soft skills necessary to function in the workplace today. Yet nothing apparent is being done about it. Schools are not teaching those skills. Parents are not teaching those skills and businesses are not stepping up to teach those skills. So how are new workers going to be prepared to take on, or be able to do, new jobs that require a set of skills they don’t possess. If communication, teamwork and punctuality are requirements for current jobs they are likely to be requirements for any future work as well. Even though jobs may be created to replace those displaced by technology that does not help workers who are not prepared.

What will businesses do? Will they do basic training with entry level workers or will they look for technology solutions that will replace that worker entirely? Witness the automated service work being implemented by fast food establishments. I think the latter.

With this double whammy of lack of basic skills combined with an ease of replacing people with technology I think that for many workers we will see a hastened pace of job loss with no opportunity for replacement.