Will Employees Drive the Use of Artificial Intelligence? 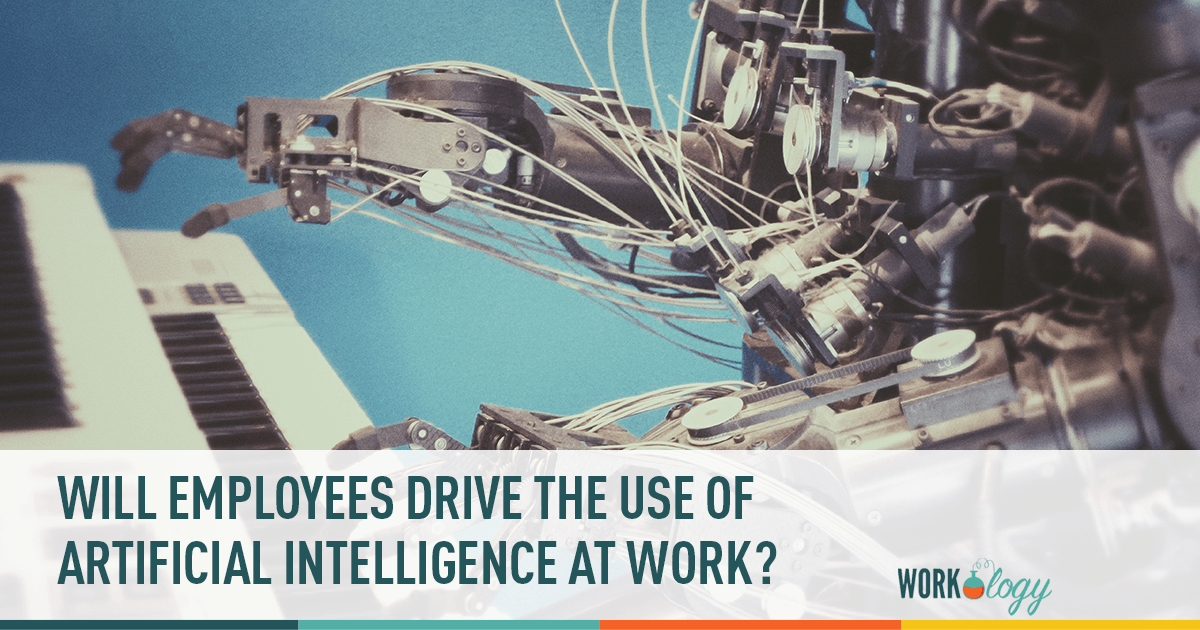 Will Employees Drive the Use of Artificial Intelligence at Work?

It is hard to pick up a magazine (either literally or digitally) that deals with technology and people without seeing something about artificial intelligence or AI and the impact it will have on the workplace and jobs. Some people, such as Elon Musk, warn us about the dangers of AI, while others like Ray Kurzweil, think the danger is overstated. To get a handle on this and the potential impact on the workplace we need to have a better understanding of artificial intelligence.

There are actually three levels of AI, according to Chris Strobing, writing in How-to-Geek. We are already living with the first level, which he calls ANI, or Artificial Narrow Intelligence. IBM’s Watson or Apple’s Siri are examples. They are constrained to certain types of functions, though they learn over a period of time by interactions with the user. Amazon’s system that learns your shopping habits and makes suggestions is another example.

The second level is what is known as AGI, or Artificial General Intelligence. This is what researchers in AI are striving for and the level that Musk, Hawking and Gates fear and warn us about. We are still a long way off from this according to Strobing, based on experiments with Watson.

The third level, ASI, or Artificial Super Intelligence, is the stuff of SkyNet. It does not exist and is still the stuff of science fiction.

The ANI does exist. Like I said above it exists today and is being created each and every day. As one writer said the formula for success for entrepreneurs of the future is “Take X and add AI.” Google, Apple, Microsoft and many small firms are working on AI. They are building applications that are being released all the time and our employees are finding them and using them.

There are applications that can handle the tasks associated with setting and making appointments, such as Amy and Clara. There is Google Now which makes you aware of what is going on around you based upon your lifestyle. There are applications in progress which can automate the sales process by finding lead, asking for appointments and booking the meeting before the sales rep ever gets involved.

These are all tools that are designed to streamline jobs by applying ANI. And the use of these is being driven by individuals and not departments.

The Corporate Use of AI will Be a Bottom Up Occurrence

Individual employees are more likely to lead companies into the use of AI than companies are to lead employees into its use. Employees will discover the personal productivity power of these apps as they come out on the marketplace. Individuals will try and then adopt tools that will not appear in the corporate quiver. Mainstream IT departments will be left playing catchup to individual initiative. HR departments will then play the role of mediator as individual employees push the boundaries of policies that allow the use of outside applications and programs.

HR departments, in fact all corporate departments, will have to be aware of, and open to, the use of tools by individuals that can initially make them productive that then may have a broader application to the company as a whole. Learn from the experience of your early adopters.