Will Employee Service Awards Disappear in the Gig Economy? 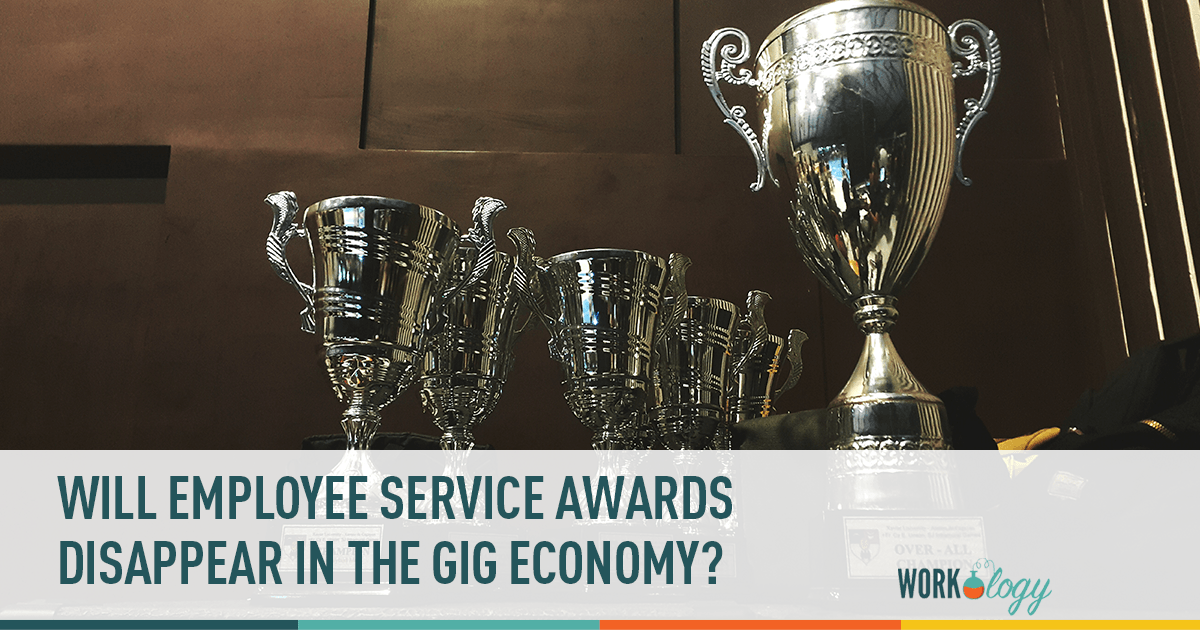 If you have been working for any period of time you may have worked for a company that recognizes employees for years of service. Many of you that have worked for your company for more than 5 or 10 years may even have such an award, but the changes we are seeing in the workplace and in the nature of work will these service awards become a thing of the past?

Many Companies Have Service Programs

According to a survey by SHRM and Globoforce 74% of companies report that they still have service anniversary programs. Companies hope that these programs engage employees, increase employee satisfaction, make employees happy, renew employee commitment and more. Unfortunately in this group there is a mixed bag of results. The study said “…only 22 percent of companies reported having an excellent program, 47 percent rated it as good and a full 31 percent rated their program as fair or poor.” The organizations that have these programs say they could be improved and be more effective if:

And more. I think there is another reason service award programs are not effective.

I think service awards are becoming increasingly ineffective in the goals of increasing engagement, increasing satisfaction and making employees happy because fewer and fewer people are staying long enough to earn a service award. According to the Bureau of Labor Statistics the average job tenure in the United States in 2014 is 4.6 years. Only about 29% of workers have job tenure of 10 years or more. In fact the BLS says:

As we move into a gig economy model we are going to find an increasing irrelevance and effectiveness of service awards. Workers are looking for flexibility and experience and will move from company to company for that experience.

So for those of you that are betting the bank on the ability of your service award program I would suggest you revisit that idea.