Will Cashiering Be the Next Job to Disappear? 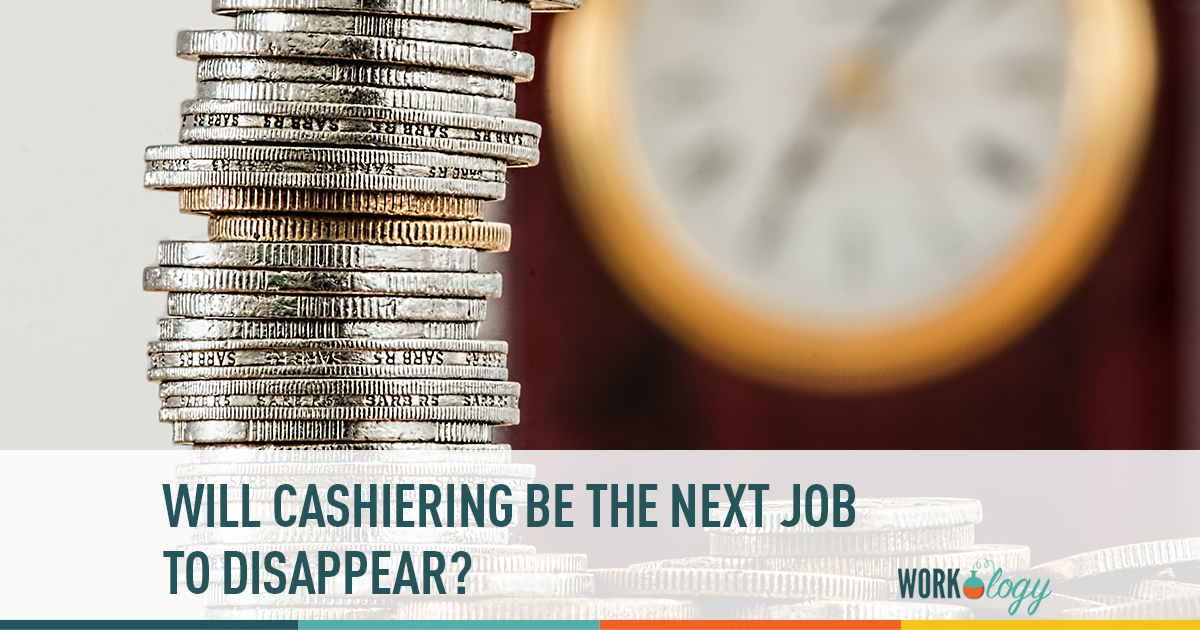 Last week Amazon and Whole Foods announced a $13.4 billion purchase deal that would give Amazon a foothold in the fresh market, neatly supplementing its existence business in dry goods and virtually every other kind of merchandise. This isn’t Amazon’s first foray into the fresh market, though. Earlier this year it began experimenting with technology that would eliminate the need for grocery store cashiers entirely – a mobile app that tracks and logs the RFID tags on whatever store merchandise you put in your basket, and then automatically charges you as you leave the store. These two moves together, purchasing Whole Foods and looking at ways to automate checkouts and eliminate lines, have some thinking about the longterm impact that the Amazon-Whole Foods team up might have on cashiering, one of America’s most common jobs.

Will Cashiering Be the Next Job to Disappear?

Amazon’s initial experiments were fairly small scale, essentially limited to a few company stores, and the technology itself is still a work in progress. As I said when Amazon Go was first announced, the retail market – especially the retail grocery market – is slow to adapt to changing technology. There are several reasons for that. In grocery retail the profit margins can be paper thin and the same goes for most retail small businesses. Bringing in new technology, adjusting existing systems to it, and training staff is a huge investment that can derail and even cripple a business. Too, the incentive for adopting such technologies isn’t always clear or particularly high – cashiers and most other retail employees are on average paid very little. Labour is the biggest expense in retail but without the promise of an obvious and huge payoff, the capital investment necessary to automate a whole store looks daunting.

Will customers even like stores without cashiers? How will pricing disputes be settled? How do we check out customers when the system goes down? These kinds of unanswered questions made it unlikely that we’d see technology like Amazon Go quickly taken up in retail. But the Whole Foods Purchase changes things. In it, Amazon has laboratory to test its technology in a more true-to-market setting, which could speed up improvements to Amazon Go. And while Whole Foods isn’t America’s biggest grocery change, it is its biggest high end chain, known for organic and (overpriced) gourmet options. That gives Amazon a a foothold into grocery retailing proper – not yet a threat to chains like Walmart, but given the retailer’s history in the book market, enough room to become a threat sometime in the future. That too could speed up the adoption of technology of Amazon Go, since a grocery chain that can boast the freshest and best products as well as the fastest and least annoying checkout, would certainly appeal to shoppers. Between that and lowered labour costs, Whole Foods could, if Amazon plays this right, have quite the competitive advantage over other retailers.

I don’t care who wins the grocery wars – Amazon, Walmart and Whole Foods all have checkered histories, both in terms of business ethics and labour practices. What I’m more interested in is how Amazon entering the market might affect the number of Americans employed as cashiers. Over 3 million Americans are employed as cashiers and the median pay as of 2016 was $9.70. It’s a job that requires no formal education or experience – companies train cashiers quickly and then expect them to improve on that foundation on the job. Few cashiers work full-time or receive benefits and while it’s sometimes thought of as a short-term job, particularly for teens and young adults just getting on their feet, it’s increasingly become a staple job for working class people. So what happens to all those workers if Amazon succeeds in “streamlining” the grocery business, like it did with book selling and so many other retail sectors?

The BLS predicts that regardless of Amazon’s push into the fresh market, cashiering jobs will decline in the next ten years due to automation and the still ongoing shift toward online shopping. Cashiering won’t, sometime in the ten to twenty years, be a staple job for Americans anymore. How well those workers are reabsorbed into the workforce will depend a lot on decisions being made now about job training, education and employment benefits.