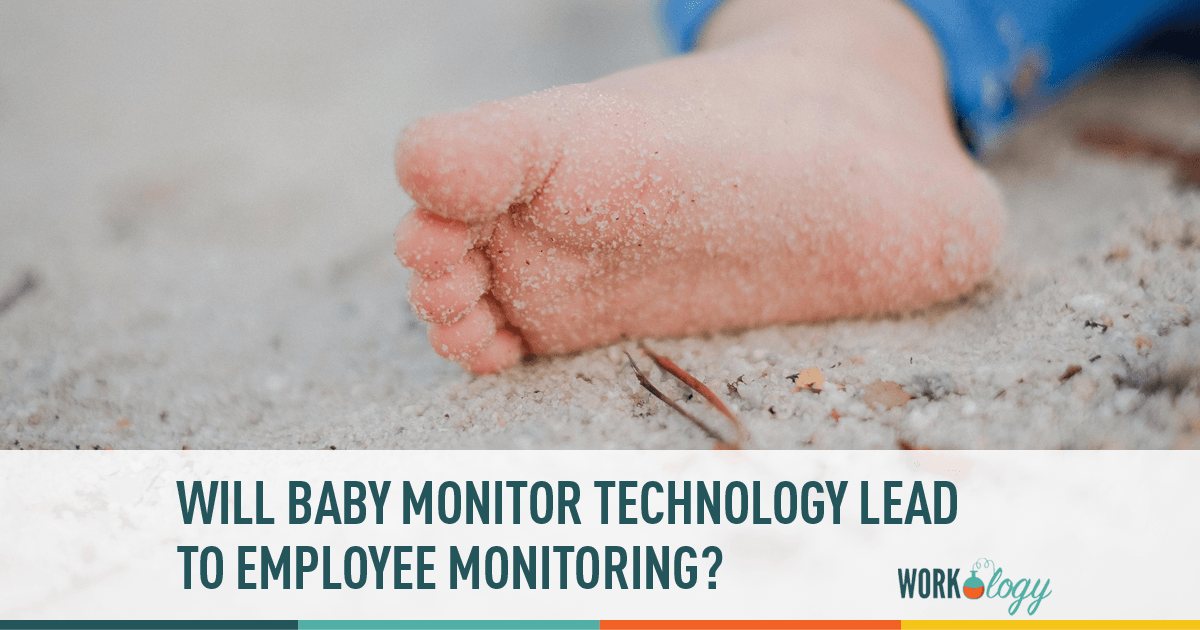 In one of the Google Alerts I have an article came across talking about a baby monitor that not only alerts the parents about their baby’s activity but also collects a lot of data on their baby. They can feed the data back to the parents to help the parents optimize the baby’s environment but the data collected also provides data to the company in order for them to refine their models. This got me to thinking about whether we could do this with employees as well.

Internet of infants and employees?

In a blog post from the Center for the Future of Museums they talked about a baby monitor called Sproutling. According to an article written in VB:

“Sproutling’s baby activity tracker, designed to be worn at night and during naps, is a baby-safe ankle band equipped with sensors that track the baby’s heart rate, temperature, mood, whether it’s still sleeping, and if it has rolled over onto its stomach.”

It is designed to allow the parents more freedom in moving around by connecting to a mobile app by Bluetooth.

The company hopes that parents will voluntarily submit data collected so the company can use the data in a large set of data on babies in general. Essentially the baby becomes part of the “internet of things” and becomes a data point in big data. They hope to be able to personalize data and create a service that tells the parent what ideal conditions would be for their baby to sleep better, etc.

If works on babies would it work for employee monitoring?

Wearable technology is taking on greater importance. Right now I am sitting here with a FitBit on, that measures my steps and sleep pattern. Not too dissimilar to the Sproutling. What if we had employees wearing such devices while at work and we could collect data on them, their activity, their productivity, their blood pressure, their mood, etc. in order to determine what environment promoted their best work. Based upon data collected we could alter environments based upon data rather than our best guess of what might be pleasing to employees and thus making them more productive. We might be able to use that data to customize environments for each employee or group of employees in order to make them productive.

This technology could also be used as a company benefit. How about offering this technology to new parents? Making them feel more at ease with their new baby might make them more productive at work.

This technology could also be used by employees who have aging parents. Tracking mom and dad might make an employee more relaxed at work. Similar technology is already being used with some Alzheimer’s patients to help locate them if they wander off. Collecting data on parents might make constructing a comfortable environment that keeps them from wandering off easier.

Of course there is always that privacy issue, especially when used with employees, but aren’t many of willing to trade privacy for security? Or am I being too dystopian here?