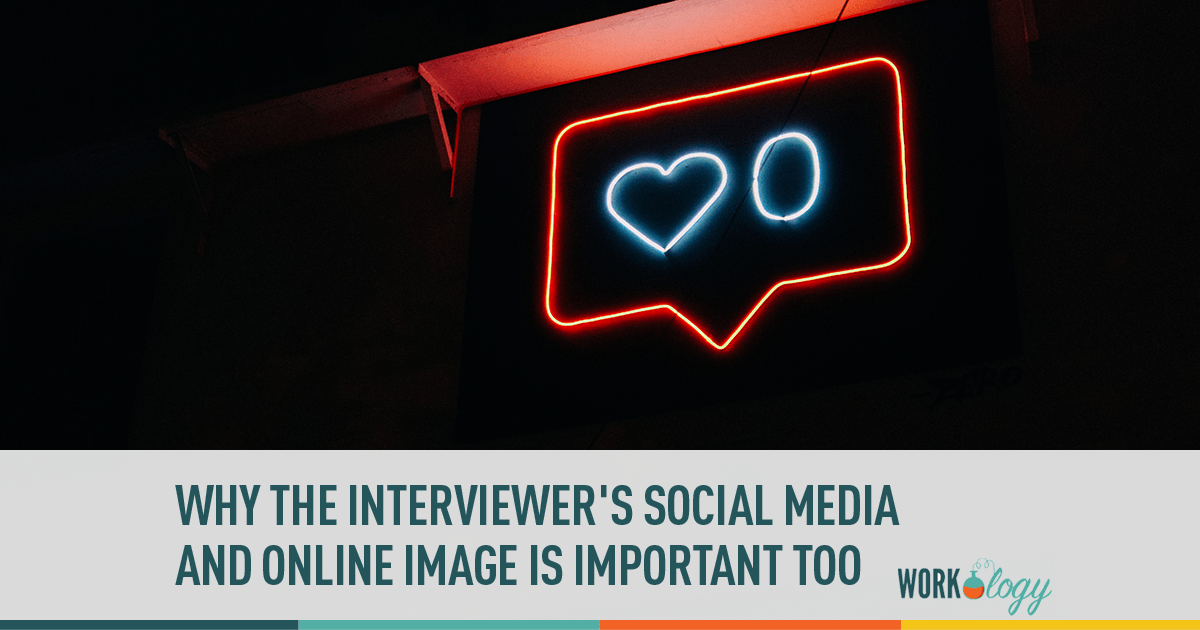 We’ve heard so much lately about the importance of the online image of job seekers and why it is imperative for them to clean up their reputations before any potential employer searches them out. Niche businesses have even cropped up to help with this process and to turn a negative image into a more positive one.

I started researching this issue after an experience I had with a resume client of mine. She was an MBA project manager out of Atlanta with top-notch credentials. She was currently employed and was heavily recruited by a large recruiting firm for a Fortune 500 company. My client was approached about setting up an interview with the company through one of the primary recruiters for the firm. Before she agreed to go on the interview, she asked for the name of the company interviewer. She then began to look up not just the company but the interviewer and the recruiter as well.

Let’s just say that she didn’t like what she saw. And it made her question the professionalism of the parties involved.

So it made me wonder whether a poor online image of an employee was 1) really being considered by companies in regard to the company’s overall image and 2) really a fair (or valid) tool for a job seeker to use (anymore than it is for a company) in assessing a potential employment relationship.

Many of my social media career pro friends will tell you that ALL professionals, whether active job seekers or not, need to be using social media to their advantage in today’s marketplace. Yet when you consider that both employers and job seekers alike could be using this material to weed out people, it is going to cause a certain amount of backlash.

I am already coming across candidates who refuse to use social media, despite all the praise it receives, because they don’t want to worry about their image. Nevertheless, according to some “gurus,” not having a social media image can be considered a big negative too. So not playing the game can be just as hurtful, even more, as playing it, or so it appears.

Listen. “Personal branding” is all the rage these days. It is basically common sense wrapped up in a shiny, new term. And professionals across the ages have always had to be concerned about their reputations and the image they portray to the world around them.

In today’s market, however, what you type, the pics others take of you, what you say on a video, and so on can all be made available to the universe in perpetuity. Not to mention the comment you made on someone’s political blog, the tweets you twit, and the status info you share…all of which become available for public consumption. And although companies may seem to have the upper hand at the moment when it comes to employment, job seekers can turn the tables on them as well.

So who am I anyway? Why do I think my advice is so valuable?

My name is Stephen Van Vreede. My company is called No Stone Unturned, and I have spent 15 years on both sides of the corporate hiring experience.

The short story is that I have an MBA in Marketing from Villanova University and a dual B.S. degree in Finance & Logistics from the University of Maryland. I am a certified professional resume writer (CPRW) and a member of the Professional Association of Resume Writers and Career Coaches (PARW/CC). As I mentioned, I paid my dues in the corporate world eventually running a large-scale call center for a major truck rental company, and I have spent the past 7 years with No Stone Unturned, assisting job seekers in achieving their goals.

In February 2009, I launched a new group job hunting networking site: NoddlePlace.com. It is absolutely FREE to join, and you have access to everything on the site. Come check it out at NoddlePlace. You can also follow me on Twitter.