Why Learn About Unions in HR? 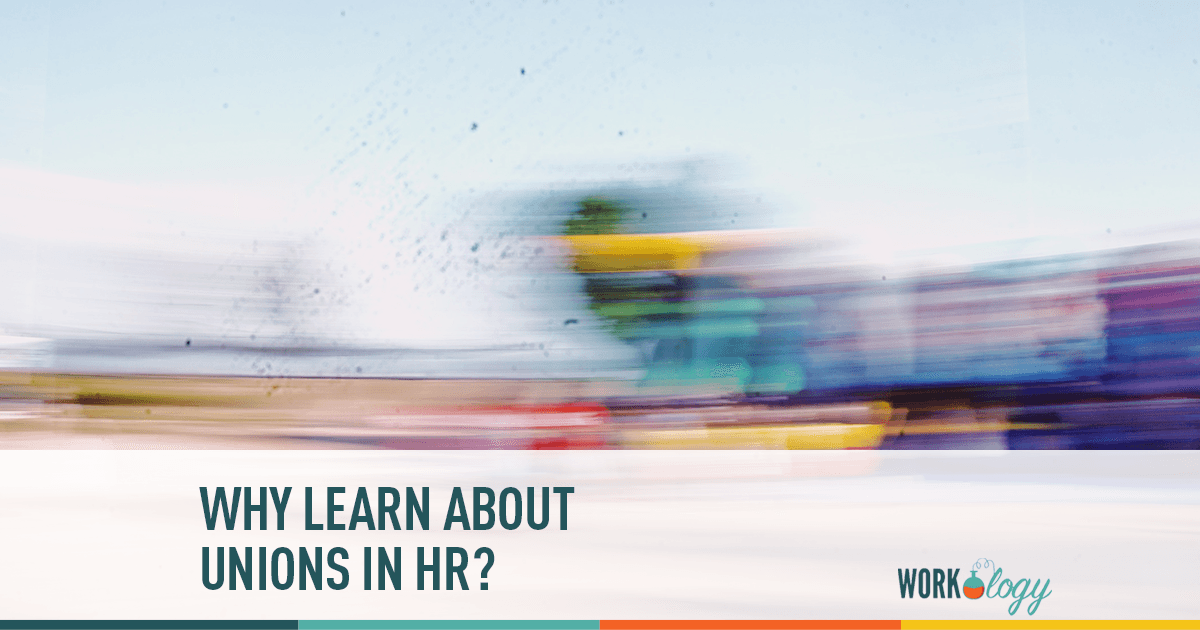 To say the SPHR test is grueling is an understatement.  I took the practice tests and spent a lot of time reviewing flashcards (check out the Flashcards Deluxe app, it is awesome!), although I studied a lot, when I took the test I thought I failed. Yes. It was that hard.

Despite my negative thoughts, I ended up passing the test.

Why Learn About Unions in HR?

Studying for the SPHR is difficult because the volume of information is overwhelming AND you must be able to apply and interpret that information.  If I didn’t have more than a few years of  HR experience I do not think I would have passed. I recommend you spend a lot of time studying your weak areas in the HR knowledge base (take the pre-test first though).  My weak area was the Employee and Labor Relations module.

That module covers a number of different topics but I struggled with the union portion of the module (and most of the module related to unions). I have never worked in a union environment and I do not know many HR pros that do  work in a union environment. As I read and re-read the material, made flash cards and tried to remember different types of collective bargaining, agency shops and other seemingly arcane knowledge I started to get mad.

I was mad that SHRM had me wasting my time.  After all, only 11% of the US workforce is union and unions are more dominant in public sector jobs. All of my experience is in the private sector and with unions on the decline why should I have to spend my time learning about the union voting process? If someone tried to unionize at my employer wouldn’t we just call attorney’s that specialize in unions?

My attitude was dead wrong.

Shortly after I started the Labor Relations module I started to notice quite a few stories about unions in the news:

1. Attempts to unionize a Volkswagen plant in Tennessee that was openly embraced by  plant  management and still voted down.

2. An attempt to unionize an Amazon distribution center in Delaware also failed (and by a wide margin)

3. Unions are very savvy at social media and that’s where your employees are

And that is just a couple examples.  Click over to the HR Capitalist to check out one car dealers way of re-butting a union.

A few months after passing the SPHR exam, I had the pleasure to meet and talk with some HR pro’s that support union employees everyday.  If you think a typical employee investigation is tough, try doing all the investigating and working with a union representative.  I have a ton of respect for those HR pro’s. Was I wrong to discount the importance of unions? You betcha!

I was wrong to think that because union membership has been on the decline that learning about unions was irrelevant. I know some of us work in industries that are less prone to unions but I still think this information is vital.  Unions are clearly still a strong force. Low wage jobs are only increasing and the companies that provide those jobs  are a target for unions and will continue to be going forward. Because it is not relevant today doesn’t mean you won’t be required to speak to it in the future.