Who will be the next Secretary of Labor for Obama? 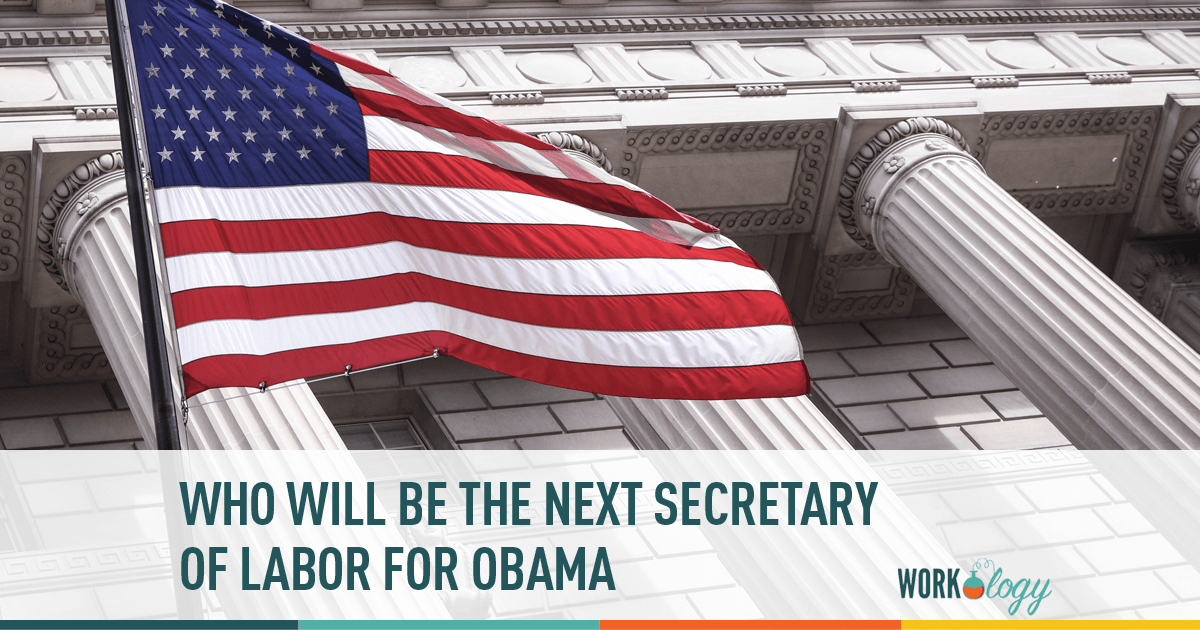 Who will be the next Secretary of Labor for Obama?

President Obama hailed Solis, as “a tireless champion for working families” during “the worst economic downturn since the Great Depression.” In a statement Wednesday, the president said that “her efforts have helped train workers for the jobs of the future, protect workers’ health and safety and put millions of Americans back to work.”

AFL-CIO President Richard Trumka said Solis “brought urgently needed change to the Department of Labor, putting the U.S. government firmly on the side of working families.”

From the AFL-CIO blog:

Under Secretary Solis, the Labor Department became a place of safety and support for workers. Secretary Solis’s Department of Labor talks tough and acts tough on enforcement, workplace safety, wage and hour violations and so many other vital services. Secretary Solis never lost sight of her own working-class roots, and she always put the values of working families at the center of everything she did. We hope that her successor will continue to be a powerful voice both within the Obama administration and across the country for all of America’s workers.

President Obama will need to add another new person to his cabinet to lead the Labor department.   Speculation amongst wags and pundits has already started, including the suggestion from Twitter that the next DOL head will be Trumka himself.

Here are a few names that you may hear in the coming days as possible nominees for the next Secretary of Labor.

Regardless of who President Obama ultimately selects the head of DOL, it is an absolute certainty that they will have a background that is rooted in the labor movement, and will be tasked  with managing the same issues and concerns that confronted Ms. Solis.