When the Employee Engagement Survey is Wrong 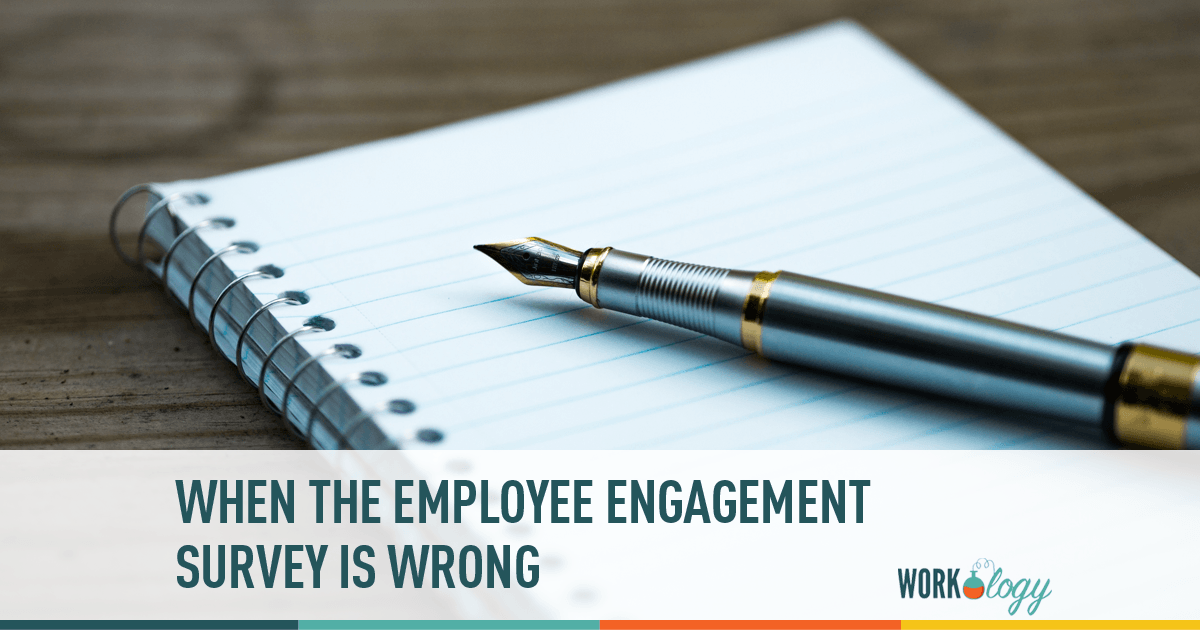 So there are a couple things to keep in mind about engagement surveys. First, these are only surveys, not a scientific, cause and effect piece of research. Engagement surveys provide insight into how employees at a company feel at a certain day/time.  When the survey is taken can have a huge effect on the results. First thing Monday morning? Or Friday afternoon after a company paid lunch? That is a huge limitation and why many survey companies are now offering “pulse” surveys that ask fewer questions more frequently throughout the year.

Second, I asked my friend what a “good” manager looks like at the company. He didn’t have a definition except to say “they are competent.” That tells me that either the company doesn’t define good management or the definition hasn’t reached my friend. Either way not a great scenario.

After some further discussion, I came to the conclusion that our “good” manager was scoring high because he was friendly and flexible with his team. He basically let them do whatever they wanted. His employees loved him because they could work the hours they wanted and they picked their own work.  All good qualities but his easy-going nature negatively affected his peers in the department:

The engagement survey wasn’t wrong; it was measuring employee perceptions and this mangers team loved him. The survey either did not take into account peer feedback or peer feedback was restricted to a higher level of management data than my friend had access to.

In my friends case I can’t say much about the survey because I don’t know what the survey was supposed to measure and I haven’t seen the results. But stating that a manager is “the best” likely over- simplifies the results. A good HR pro should be closely aligned with the business and knows when results are questionable.  If you see surprising results, question it. Look into it further before anointing someone as a great manager. Survey data can have a huge impact on the workplace. But it is only a tool to guide us in the right direction.