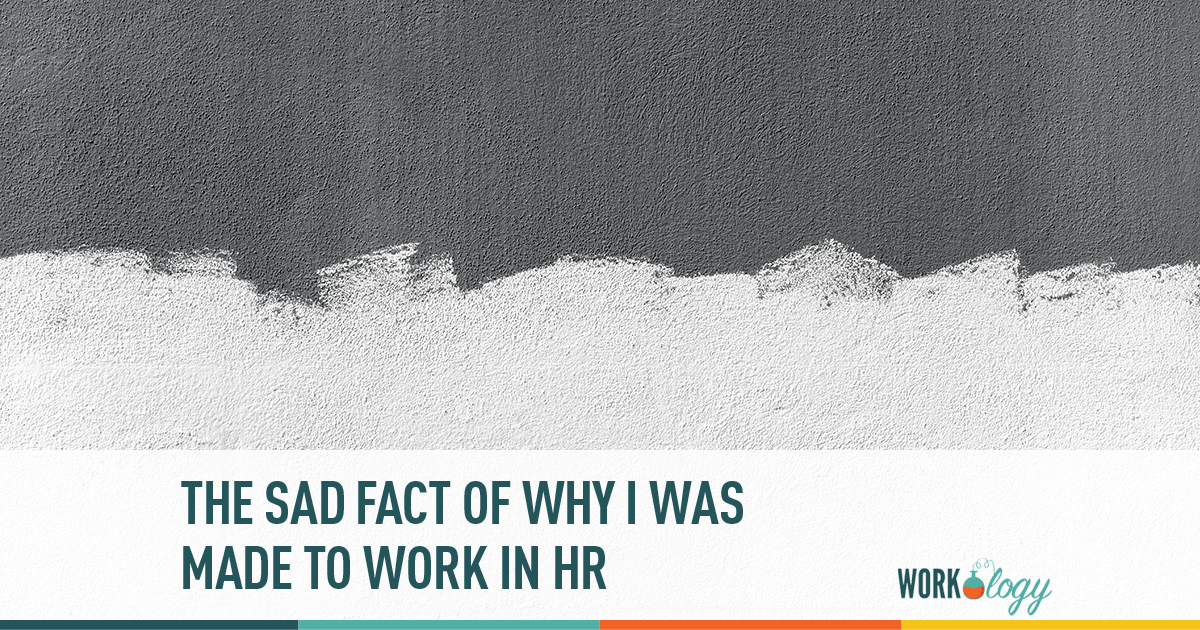 I’ve always been a supporter of transparency, honesty and bringing your whole self to work. That’s in direct conflict to being often being a boss, a recruiter or working in HR. HR professionals are experts at creating dividing lines. We understand the business necessity requirement of not bringing our whole self to work. Sometimes perspective is a funny thing. Sometimes it’s also a thing that makes me very sad. Because of my past experiences as domestic abuse survivor, I was made to work in HR.

I’ve written about being a domestic abuse survivor in past blogs, but in 1997, when I first married my now ex-husband, (note: I’m happily re-married to a wonderful guy name Greg) I was a young 19 year old college student full of promise and possibilities. One month into the martial bliss of my now ex, I had our first domestic encounter. With a few drinks in hand, he promptly called me a bitch, yelled and repeatedly insulted me in front of our friends. I tried to laugh it off so as to not cause a scene. He later apologized, and I told him it was okay which it was not. I put on a fake smile and sent the hurt to a far, far away place. I had always heard that love wasn’t easy. I’m also not one who likes to fail. Failure may not be an option because denial is so much more easy.

Over the years, sometimes the encounters were verbal. Other times they were physical. Things weren’t always so bad, and that’s what kept me from leaving. There were good times sprinkled in between. Speaking of the bad, I distinctly remember him trying to shove me out of the passenger side of a moving car that he was driving because he was angry. He once slapped me when I beat him at Trivial Pursuit and another time cracked the windshield of our car while driving down the road at 70 miles an hour.

Looking back, I’m pretty sure I’m lucky to be alive. Perspective and hindsight are a tricky and funny thing. You often don’t see the brevity of the situation in which you are living which is always what I tried to consider when talking to managers, coaching as well as firing employees. No one truly knew what was happening to that employee or applicant behind the scenes. These were unknowns. They were factors, situations and scenarios you could not control. But there was one thing I could control, and I excelled at my career in HR. During my marriage to my abusive ex, my career flourished so I took on more responsibilities at work. I was responsible for HR with Home Depot at three store locations instead of one including the store management responsibilities of staffing and sales forecasting. Everyone thought I had my shit together. They had no idea that my personal life was a living nightmare. The one thing I could control was my career and I was damn good at that one thing.

Working in HR, we have lots of secrets. We see, hear and take counsel for many confidential, unusual and different things. I remember giving one of my employees the 1-800 number for free counseling after she came to my office sharing with me how her husband beat her the night before. I talked to her about options, choices and getting her the helped that she did need. I held it together completely in denial with my own self who also less than 12 hours before had gotten yelled at and smacked around in nearly the same way as my employee.

In HR, we keep secrets. In HR we compartmentalize and we separate ourselves from situations even if they mirror our own entirely. We maintain our professionalism at all costs. It was during my work with a company that was part of on a multi-class action employee lawsuit, I helped with the discovery process while keeping it professional and confidential even though I knew that my own assistant was one of the 65 employees suing my company. I don’t have enough fingers and toes to count the number of times I had to separate my personal from my professional feelings.

I finally left my abusive relationship, and it was like a funky fog lifted. I could be me. I could be free and I lived without fear because most anything could not be worse that the life of a domestic abuse survivor that I used to lead. Now having been out of the corporate HR fold for nearly three years, I feel the same amount of sadness for the HR person at a company. Sadness that they can’t be their whole selves because they are scared of losing their job and their financial stability. While enduring nearly 7 years of domestic abuse prepared me for life working in HR and understanding the separation of person and professional, it also made me realize something different entirely. HR professionals, employees and managers are people and companies must be okay we the people we are inside as well as outside the organization that we are meant to be.