SFW: When Sex at the Workplace Pays 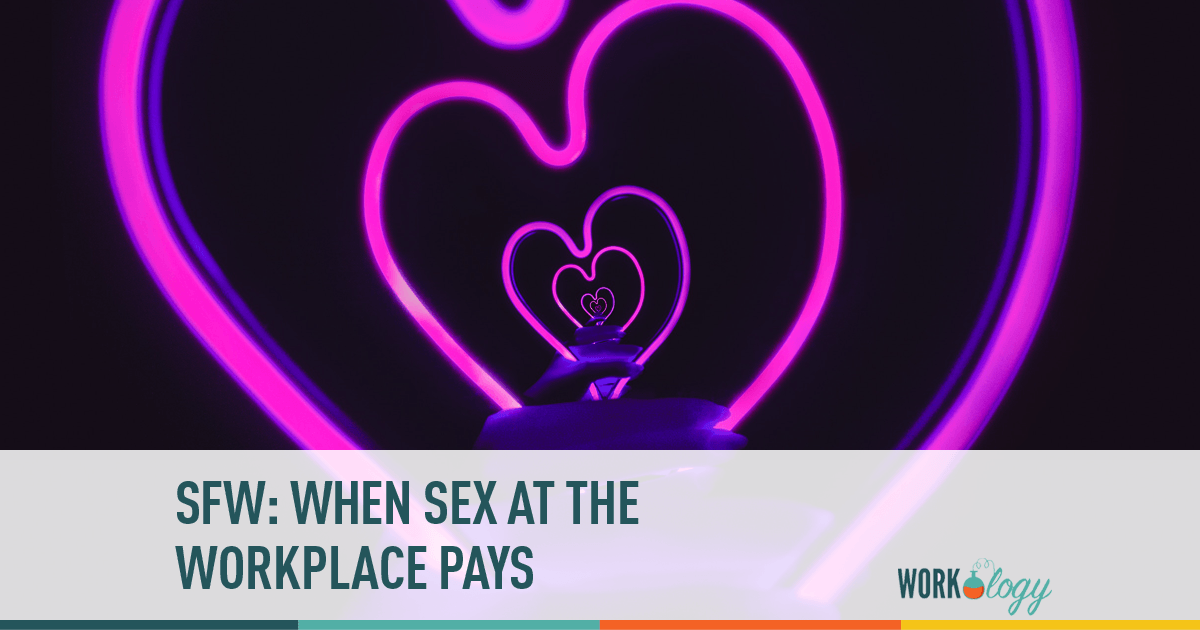 Sex Sells But Should It Happen at Work?

Sex, sex, sex and at work no less.  Early on in my professional career, I walked in on a male manager who was transitioning out of the store I was transferring to and one of his female employees.  Half clothed and in a compromising position, I was extremely uncomfortable.  I’m pretty sure they were too or at least once I opened that stock room door.  I was new at the company and was not yet ready to make waves so the manager and his mistress quietly transferred while I kept my mouth shut.  A couple years later I heard that they were engaged, and my wedding invitation seemed to have gotten lost in the mail.

Last week Crystal Miller wrote a provocative post on Sex at Work where sex was used as a candidate recruitment and employee retention tool.  In case you missed it, it’s an interesting read and I thought it only fair to share my own thoughts on sex in the workplace (read Crystal’s article here).  Michael Vandervort wrote an equally intriguing post on the mommy porn series “50 Shades of Grey.”  His post prompted me to purchase and download the series to my iPad, but I haven’t yet dived in.  I’m pretty sure there’s a beach and a vacation in my future that calls for such reading.

Sex sells.  It’s a part of our human nature which is why it inevitably trickles into our place of work.  Like most good HR pros and school marms, we push these topics under the rug mostly because we’ve seen some pretty racy things.  Things we can’t talk about.  Things we could fill 50,000 books of 50 Shades of Grey with.  In my career as an HR manager, I’ve been privy to all types of sexual harassment investigations and love triangles seeing enough photos of private parts to make even Howard Stern blush.  Let me just say that I love mobile technology but the addition of the camera to the phone was nothing but trouble.

One story I had not run across in my HR experience involved a case out of Australia.  A woman was injured during sex.  She claimed she was injured on the job as her and her co-worker were enjoying a bedtime brawl when a light fixture fell from the wall of her hotel room injuring the woman.  She was hurt and claimed because the trip was work related; she was eligible for worker’s compensation.  The 2007 claim was denied for obvious reasons, but earlier this year was finally settled with the judge ruling in her favor.

This is what I mean when I say sex at the workplace pays.

This case intrigued me as I could in some respect understand her point of view but the visual is what had me laughing.  The amount of shame and embarrassment this women and her colleague must have felt.  Their argument for the case that ultimately won was the activity of sex was irrelevant.  Do you agree?  And if you are able, what’s a workplace story you can share involving sex or sexual harassment at work?  (You’ve been warned.  Comments must be suitable for work.)