When “Bad Boss” Parodies Are All Too Real 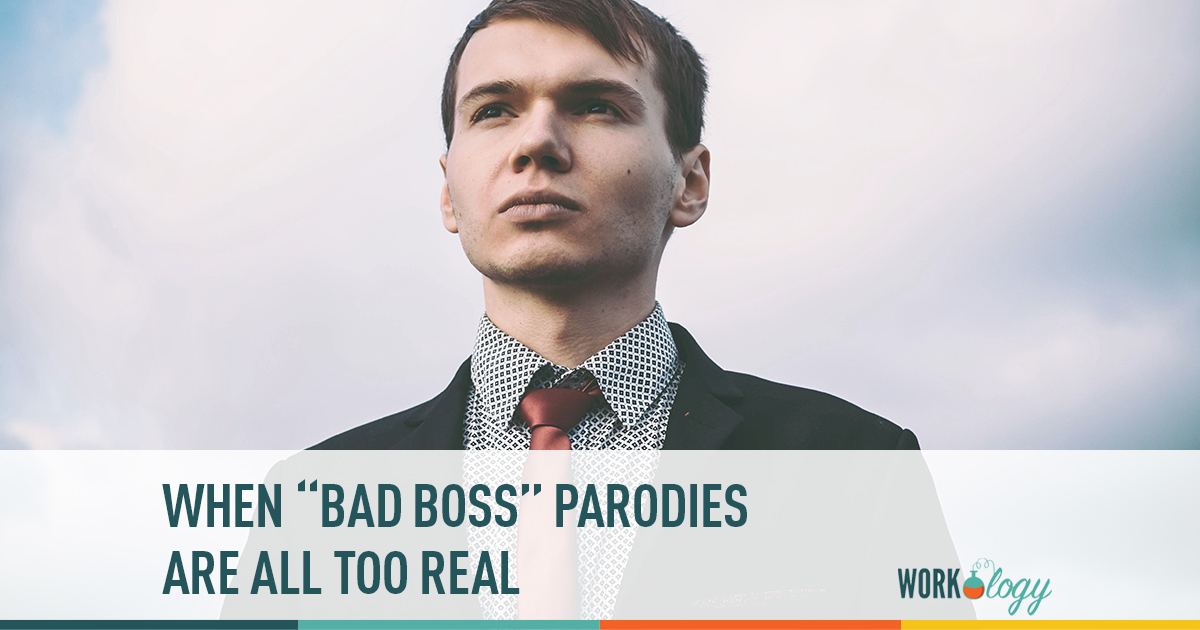 When I was in university I worked part time as an HR assistant and recruiter at a large grocery retail chain. Thanks to the grocery store price wars consumers have been benefitting from off and on over the last decade, we saw a lot of turnover at every level of the company. New execs would come in every so often, sometimes annually – sometimes even more often – and every one of them wanted to take the company in a “new direction.”

Suffice it say that in those five or so years I saw a lot of new bosses and a lot of new, usually confused, action plans. One of the advantages, maybe the only advantage, or being the middle man in a high turnover company is how quickly you learn to spot bad bosses, bad plans (and I guess how good you get at on and offboarding 😢). The worst part is probably the crushing realization that so very many bosses are, well, truly bad.

When “Bad Boss” Parodies Are All Too Real

Fast Company Comedy’s new video “First Day As the New Boss” is supposed to be funny because there’s no way anyone starts a new leadership role by terrifying employees with oversharing, incompetence and threats, except- the video is too real. We’ve all had bad bosses: people who are a bad fit for the role, have no sense of boundaries or who rule by fear. And I would bet that many of you have experienced the bad boss with no shame, one who lets you know exactly who they are from day one.

In addition to being , you know, suited for the role, having good people skills is one of the most important parts of being a leader. Obviously the ur-Bad Boss of “First Day” is a singularly bad leader and person but individually, his terrible characteristics – from bullying, to foot-in-mouth disease, to broing up a more professional company culture – are all seen in the office wilds every day.

Let this video serve as food for thought, for those of you who are entering a new leadership role, and food for laughs (and occasional tears) for the rest of us.