What You Need to Know About Trump’s Job Training Plan 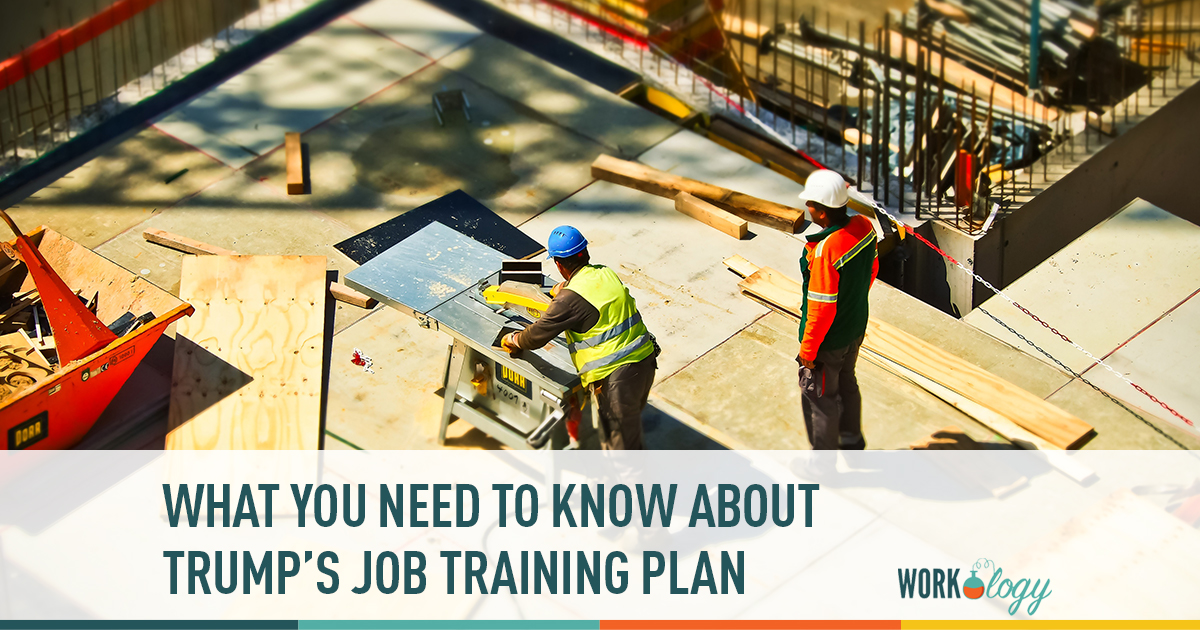 This week President Trump unveiled a plan to support apprenticeships as a way to help workers skilled out of a changing economy to find new work. At the same time, he’s made moves to cut funding to existing federal job training programs. Apprenticeships can certainly be a good way to boost a fledgeling career but they are as vulnerable to abuses as white collar internship programs are. I thought it would be worth seeing what others think about the president’s plan and what impact it will have on the job market – and employment prospects – in the future.

Noam Scheiber says that’s what most interesting about Trump’s apprenticeship move is that, for the first time, he is emphasizing the skills gap over the, well, jobs gap. The president’s rhetoric on the campaign trail and for the first few months he was in office focused on “bringing back jobs,” an effort that’s dead set against global economic trends. Thinking about the current economic disruption – the move away from manufacturing towards service and high tech work – as a skills gap, though, gives us more room to think of viable solutions. It’s much easier to train your sailers on improvements to the ship than it is to ask them to navigate precisely in a hurricane.

President Trump Is Pushing More Apprenticeships, Even as He Looks to Cut Other Job Training

While the president signed an executive order encouraging the expansion of apprenticeship programs, his proposed budget is set to slash funding for other job training programs. The reason for this, suggests Alanna Abramson, is that the cost of these apprenticeship programs will be largely born by private organizations and companies, not the federal government. But this may leave a gap that older and marginalized workers can fall through – few companies have yet to realize the value of retraining experienced workers for new roles, for example.

Trump Should Fix, Not Scrap, Job-Training Program For Older Adults

Chris Farrell, writing at Forbes, says that rather than defunding training programs, he should work to improve them. Farrell is particularly interested in maintaining training programs for older workers and says that scrapping such programs would leave older workers more financially vulnerable – and since Baby Boomers make up such a large swathe of the working population, by extension, scrapping such programs leaves the economy vulnerable.

What You Should Know About Apprenticeships, Trump’s Answer to the Skills Gap

Writing at Quartz, Sarah Kessler looks at what exactly a registered apprenticeship is:

Registered apprenticeships are administered by a special office within the US Department of Labor in conjunction with state agencies. They typically involve a combination of mentorship while at work and classroom instruction, usually provided by a community college, over one to six years depending on the type of entrepreneurship. On average, apprentices earn around $30,000 per year during the process, though wages may increase over the course of their education, as they become more skilled. At the end of the program, the apprentice receives a certification.

Kessler points out that while apprenticeships work, generally leading to good wage and employment outcomes, very few people in America participate in them. Only 0.3% of the labour force takes advantage of apprenticeship opportunities. That’s due to a simple lack of opportunity, since so few companies offer such programs, but also to rhetoric which prizes a university or college education above all.

But importantly, Kessler points out that the Trump plan doesn’t increase funding to apprenticeships, keeping it about the same as it was under Obama, but rather it removes regulatory restrictions on apprenticeships. A lack of regulation, unfortunately, may lead to less useful apprenticeships.