What to Do If You Have Been Unlawfully Fired 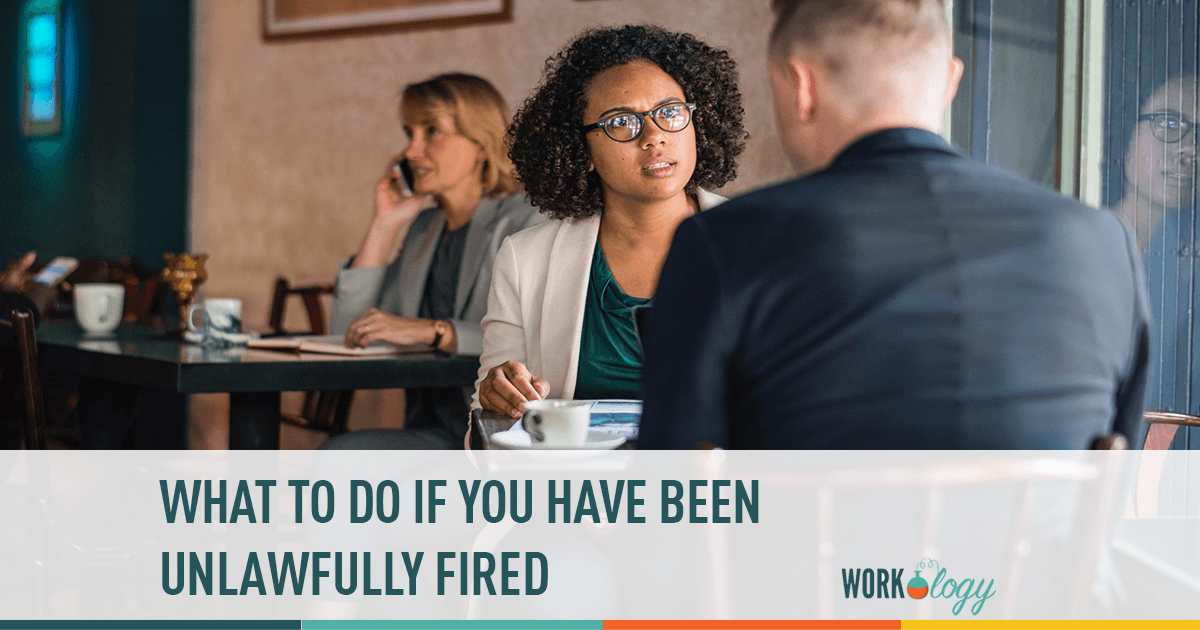 If you think you have been fired unlawfully from your job anywhere in United States, you should enlist the help of National  Labor Relations Board, or NLRB, which is a federal agency vested with the power to take action against employers who have violated the National Labor Relations Act of 1935, or NLRA. There are certain unfair labor practices mentioned in this act which are prohibited.

NLRB has clearly mentioned here that if your employer has done something that is part of unfair labor practices, you should approach the nearest regional NLRB office for assistance within six months of the incident. Go to this page on NLRB website to find an office in your area.

What to Do If You Have Been Unlawfully Fired

But, before you take any action against your employer, you should also understand that the unfair labor practice definitions in the NLRB are aimed at not only the employers, but also the employees and the labor organization which you may be a part of.  For that reason, you need to make sure that you yourself are not violating any of the laws as mentioned in the National Labor Relations Act, otherwise, all the legal actions you will take against your employer may come back to haunt you.

You should also know that only employees belonging to private-sector unions are governed by federal laws like the National Labor Relations Act. Employees belonging to public-sector unions are governed by the state law. For example, federal, state or local government employees are not covered by NLRB. Independent contractors, railroad or airline employees, agricultural laborers and people employed by their parent or spouse are also not covered by NLRA.

If you are a manager or a supervisor then you are considered part of the company’s management board, not its labor force, so you also don’t come under NLRA. However, NLRA’s jurisdiction covers the majority of non-government employees working in a workplace in the United States, including labor organizations, non-union businesses, employee-owned businesses and businesses in states with “Right To Work” laws. But still these businesses need to meet certain requirements as mentioned here in order to come under the scanner of the NLRA in the case that, as an employee, you are the victim of any such business who fired you unlawfully or didn’t fire you respectfully.

If an investigation by the NLRB proves that you were fired unlawfully then there is every possibility that you will be awarded appropriate remedial relief. The NLRB may even ask the employer to rehire you (in case you need that) and pay you the lost wages and benefits too.

For example, if you have been fired for discussing your salary or wage with your co-workers then this is something done incorrectly by your employer. According to NLRB, it is your right and there is nothing wrong in discussing salary with co-workers even if it is against your company’s handbook policy. In fact, as per the NLRA, a company is not supposed to implement such policy so an action can also be taken against such policy.

Similarly, you can also take action against an employer if unlawful discrimination has been imposed on you by the employer on the basis of sex, religion, race, color, disability, national origin etc. In other words, an employer cannot stop you from being hiring or fire you after becoming aware that you were from a different race, caste, creed etc.

You need to properly understand what has been done wrong and whether it is something that is against the NLRB labour law. Unless you know your rights and can better understand your employer’s rights and obligations, it will be difficult for you to claim your loss.