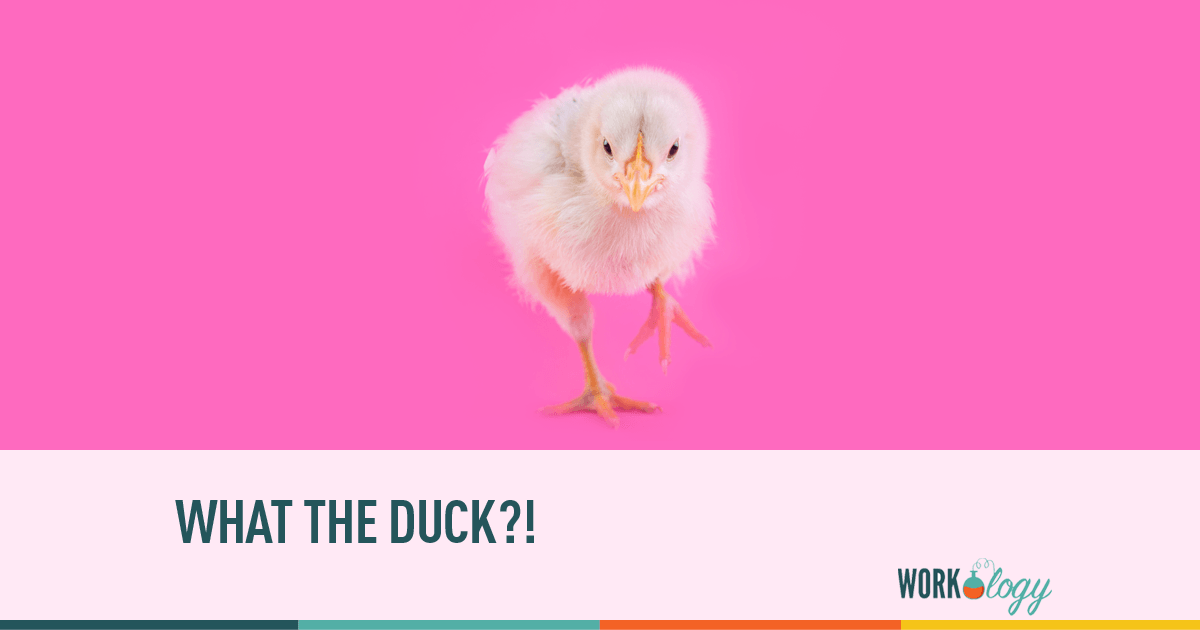 I am a Philadelphia Eagles fan. Since Coach Charles “Chip” Kelly took over as head coach in 2013, my dedication to the team has been tested on multiple occasions. The most recent test came last week when we learned that the team’s best offensive player, LeSean McCoy, would be traded for a Kiko Alonso. WTDuck! It appears that he is using his power and influence selecting and coaching the team irresponsibly. What he is doing reminds me of how kids pick teams for a school yard kickball game: familiarity, popularity, and likeability over talent. I’ve seen first and second-hand in my workplace many of the undesirable characteristics that are being attached to Coach Kelly. So, I asked myself, are the attributes of a good team the same on or off the field? Yup!

They have shared goals. I’m pretty confident that every player and fan shares the common, singular goal of wanting their team to get to and win the Super Bowl. Outside of professional sports, the goals are more varied and project-oriented but must be shared, nonetheless. When faced with the task of building a team in your workplace, be aware of potential team member’s competing goals that will ultimately cause bad conflict. Every team member should be aware of, understand, and commit to their role in achieving defined team goals.

Team members have emotional intelligence. Philadelphia is approximately 68% non-white,  so how does one justify releasing and trading the top offensive players in favor of a racial slur slinging, disingenuous, entitled brat? (That was a rhetorical question.) In addition to being technically skilled and talented, team members must also possess interpersonal skills that enable them to express themselves with judicious emotional maturity. Often times, this attribute is exhibited most by the subordinate group to the point that it becomes burdensome and overlooked by the dominant group.  In those cases, it takes someone from the dominant group, regardless of whether they are the numerical majority or minority, to identify and correct the deficiency.

If you’ve ever worked in a semi-private, junior executive suite (cubicle) environment, you can attest to the fact it takes nothing short of an earthquake or natural disaster for you to tune in and ear-hustle the constant background noise…unless you are nosy and don’t have enough work to do.   I was a party to this type of disruption in 2005 when a co-worker said to a person on the other end of the phone, “I wish they would turn that ‘ j*gg@b&&’ music down”. To tell you that the needle scratched the record, a dark cloud of silence engulfed the area, and prayers of intercession went up simultaneously, would be an understatement.  Before going to the manager on behalf of those who were too angry to calmly articulate our disgust, “the peacemaker” asked the offender if she knew what the word meant.  Not realizing that he was giving her an opportunity to apologize and make amends, she lied and said no. You see, that word is so rarely uttered that if you are so bold as to use it, you know exactly what it means.

The young lady was encouraged to go home for the rest of the day and was promptly transferred to another project for the sake of the team. Our leader initiated these changes because he recognized that the absence of her emotional intelligence would hinder effective communication and collaboration on the team which were necessary for us to thrive and be successful.

They are diverse. I once worked for a company that had a team comprised 100% of men from the same country. No, there was no language requirement that would have given native speakers a competitive advantage and absolutely no legal explanation for the gender composition.  What we had was a Program Manager who only felt comfortable with and leading a certain demographic.  When HR got involved, the manager was softly confronted about his apparent bias, given tools to help him be more inclusive, and presented diverse slates of qualified candidates with whom his openings could be filled.

On the rare occasion when someone different was selected to interview, they would provide feedback that they were no longer interested in pursuing the opportunity because of things like:  team members having discussions in their native language during the interview and/or not feeling comfortable being the first to integrate the team. As you can imagine, the overall team performance was not stellar because creativity and innovation are best achieved when teams are comprised of people with different but complimentary talents. Needless to say, when the contract was up for rebid, another company won and the incumbent team was dismantled.

While the aforementioned is an extreme case, some would argue that what Coach Kelly has done is also extreme. It’s a common and acceptable practice for a new organizational leader to hire and/or promote people with whom they are familiar and/or worked with in the past…not eight. Having so many Oregon Alumni on the team gives the impression that Chip doesn’t have a lot confidence in his ability to lead and further develop talent with different experiences.

They trust the decision making process. Decisions that are made should build trust not discord. This is not to say that the intricacies of every decision should be vetted with every member of the team every single time. What is important is there is level of transparency so that when a leader has to make a hard or an unpopular choice, members can trust that it is best for the team overall. It was difficult to trust that the decision to release DeSean Jackson was what was best for the team and not decision rooted in the coach’s bias. Couple that decision with the most recent, trading a known entity who has performed well on the team for a linebacker who was injured most of the previous season, has me humming a Public Enemy song “…can’t trust it!”.

Effective Leadership is what I consider, the foremost characteristic of a successful team because it is the key driver for the others.  I don’t consider Coach Kelly an effective leader. Sure, there is a shared goal of winning, but the goal can’t be achieved when defined expectations and decision seem to be disconnected from that goal.  Yes, they have enjoyed a 10-6 winning record for the two years he has been head coach, but I’m inclined to believe this is a sign of how bad the other teams are rather than how good the Eagles are.

He should be able to replicate success (winning championships like he did while head coach of the Oregon Ducks) without replicating the same team.  Another area where I believe he is lacking is in showing consistency in reward, recognition, and reprimand. (Please refer to the Riley Cooper incident if you disagree.) Now, I don’t profess to be a football savant…I don’t even participate in a fantasy football league; but I did see Draft Day….that should count for something.  I do, however, know a little something about teams and I don’t like the way this one is being shaped. As a fan, albeit wavering I will continue to chant each week with enthusiasm, “Fly Eagles fly, on the road to victory…E-A-G-L-E-S, EAGLES!” and hope that I am proved wrong.