What Melissa Fairman Is Thankful For: Taking Things for Granted 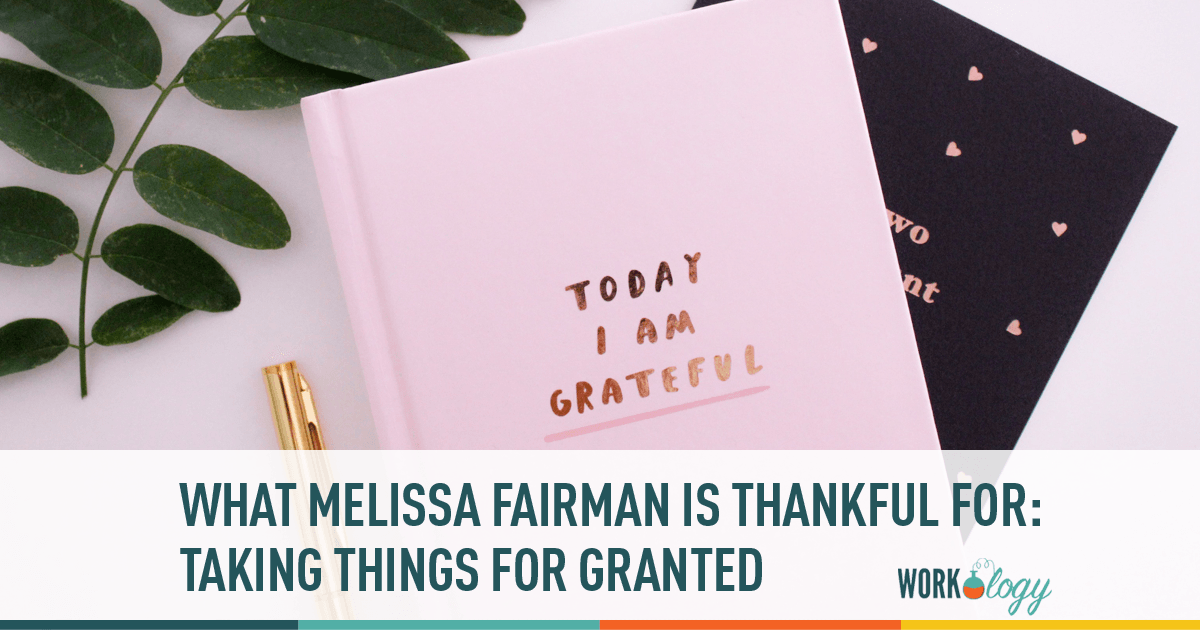 Just a couple things I’m happy to take for granted:

At one point in history women couldn’t even vote in the United States, now there are 20 female senators…the most ever in US history. I didn’t even think of that as being a big deal. I take it for granted that women are leaders in our government, military and private and public sector companies.

Our smart phones are more powerful than the computers used to send Neil Armstrong to the moon. How many times have you sworn at your iPhone or Android because it froze up during a game or dropped a call? We are so used to our gadgets that we take them for granted, we don’t even think they are wondrous anymore. Instead we sit there and curse when we can’t tag friends in a picture on our phone.

This week I will get to meet a good friend of mine who I met through Twitter. We formed a virtual friendship and are now taking it IRL. Before the age of social media I might not have even met my friend. Maybe by chance we would have met at an HR conference of some sort but that’s unlikely. Instead of appreciating the technology that brought us together I take it for granted that everyone builds connections and networks IRL and virtual.

Speaking of Twitter…who would have even thought of how far the internet could take us? Initially universities and the government used it. Then it slowly filtered out to the world. Current estimates are that 1.5-2 BILLION people are on the internet. That is 30% of the world’s population! 1 Billion people spend approximately 1.2 TRILLION dollars per year on the internet.

Who cares if your local bookstore doesn’t have the latest book from Patricia Cornwell? You can download it from Amazon and read it on your computer or have it express delivered to your house in a day. The access to information that we have is unprecedented, awesome and scary all at the same time and we take it for granted. We take it for granted and that isn’t a bad thing. If we don’t get comfortable with technology we don’t improve on it.

So there you have it. This holiday season I’m thankful that I can take things for granted: Wi-Fi access, the latest books at my fingertips, access to reams of music I will never have time to listen to and hundreds of virtual connections. I’m toasting my glass of champagne to all the great thinkers, geniuses and visionaries that help me take things for granted.