What is the Veterans Opportunity Tax Credit? 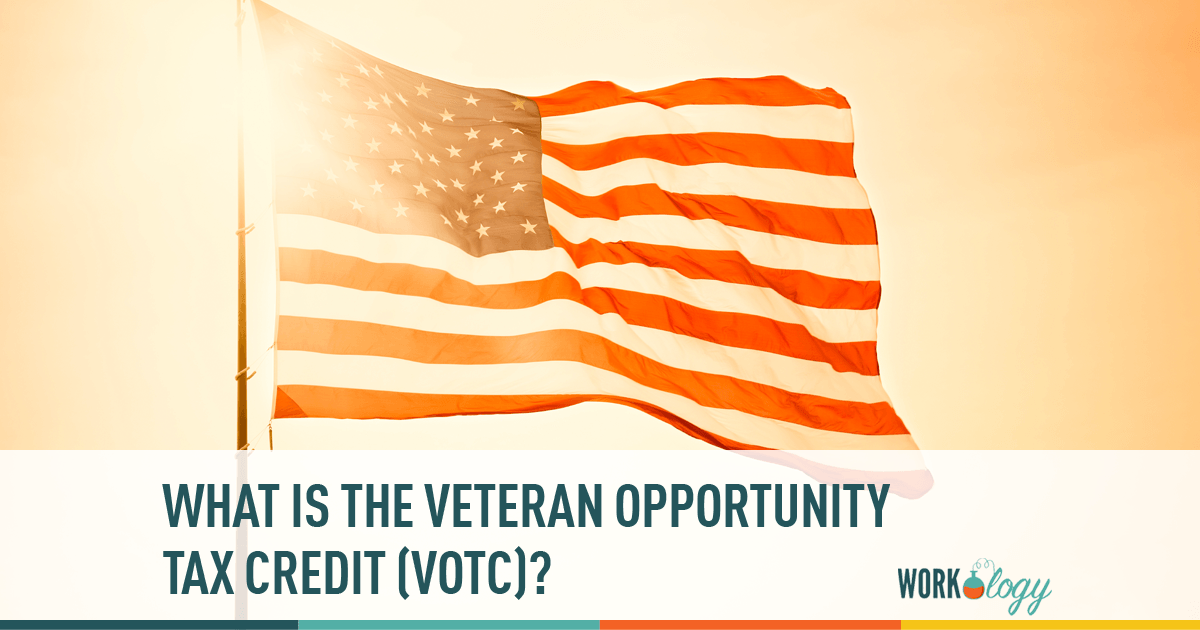 Military veterans have some of the highest unemployment rates. In March 2016, the BSL reported the unemployment rate for male veterans declines to 4.5% and for female veterans remained steady at 5.4%. The transition for them from military to the civilian workforce isn’t easy. It’s a life long process and adjustment which is why the government created the Veterans Opportunity Tax Credit program.

What is the Veterans Opportunity Tax Credit or (VOTC)?

I believe that tax credit programs are a great way to reward employers who hire military. A larger percentage of organizations are often unaware about a 2011 tax benefit program that encourages them to hire prior service members and military called VOTC. After an organization has hired a military veteran, companies complete forms 8850 and 9061 as part of the WOTC or Work Opportunity Tax Credit program to receive tax benefits for veteran hiring.

The VOTC tax credit provides a monetary reward of up to $9,600 per hire for our veteran and military recruiting and hiring efforts that directly impacts our company’s bottom line.

VOTC is part of the larger WOTC tax program and is a tax credit is common for companies to receive when they hire job seekers who have received government assistance. In 2012, Obama signed into law the VOTC. IT’s also often referred to as the Returning Heroes Tax Credit and is designed to for companies to receive a tax credit of up to $5,600 per veteran. The Wounded Warriors Tax Credit is another piece of this program. Companies who hire disabled veterans can receive a maximum credit of $9,600 per veteran. These are all pieces of the American Jobs Act, which was signed into law November 21, 2011.

In 2013, the American Tax Payer Relief Act of 2012 was signed into law further extending programs like the Veterans Opportunity Tax Credit as part of WOTC until December 31, 2013. The VOTC has continued to be extended as hiring military and veteran candidates has continued to be a challenge even with the great economy.

For Veterans under the VOTC program, the maximum amount of the tax credit as I mentioned before is up to $9,600 but depends on a number of different factors that are displayed in the charge below. (data courtesy of the Department of Labor)

The WOTC and VOTC program(s) are important ones especially in an economy where there is a talent shortage. Employers want to lower their hiring expenses. A program like the Veterans Opportunity Tax Credit would allow for this especially if organizations focused their efforts on high unemployed populations like veterans, those with a disability and candidates with criminal convictions.