What is the point of a diversity niche job board? 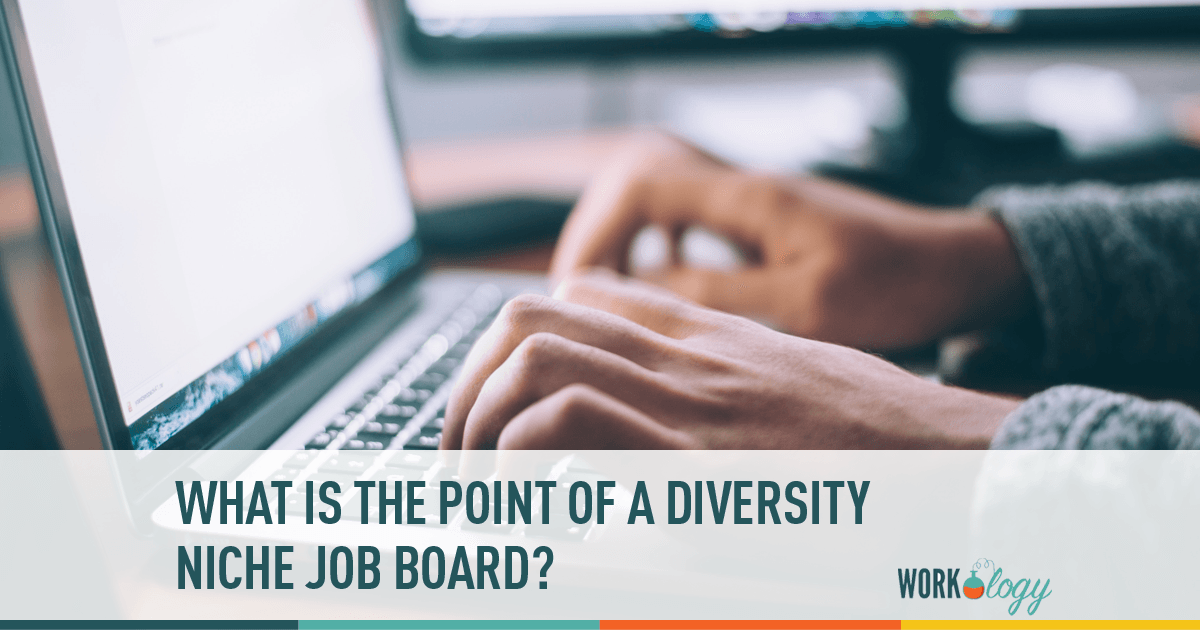 The other day I received a call from a potential advertiser who asked me a very pointed question: “What is the purpose of a diversity job board?” At first, I was a little taken aback because the answer seemed so obvious to me. But more important, I quickly realized, is that it was not so apparent to him.

When it comes to job boards, volume isn’t everything. Niche boards, which are commonly smaller volume job boards that address a specific market sector or profession, are much more cost effective and targeted than larger, generalist boards.

MyDiversity.com attracts a substantially higher concentration of qualified diversity job seekers than generalist job boards because it allows potential candidates to address their primary concern – competing for jobs where they believe they have a fair chance of being hired and accepted regardless of their sexual preference, age, religion, race, disability and gender.

I once heard the story of a woman seeking a job in her area of expertise. During the interview process she obligingly explained that due to religious reasons, she had to leave early on Fridays. The interviewer would nod and complete the interview. But not once did the woman hear back for anyone who had interviewed her.

It didn’t take her long to catch on that there was no benefit in being honest and when she went to her next new interview, she never mentioned the matter. It was only after she was hired for that job that she told her new employer that she had to leave early on Fridays to which the understandably upset employer asked: “why didn’t you tell me this during the interview process?”

“People don’t want to feel they have to hide who they are in order to get a job,” says Lisa Greenwald of MyDiversity.com. “Their qualifications and personality should speak for themselves.”

By some estimates, there are about 50,000 job boards on the Internet on which employers can post their job openings, yet many employers are only familiar with the big sites that do the most advertising. Although these sites have many merits, they are frequently not the most cost-effective sites through which to find niche employees.

Many employers are not aware of lower-cost alternatives such as niche boards. These niche boards tend to address a specific need in the market—in this case, diversity. And what advertisers presume to offer the best value may, in fact, not be the case.

In 2000 the European Union (EU) introduced new directives explicitly protecting people in what are now known as the key diversity groups – sexual preference, religion, and age, as well as updating the protection against disability, race and gender discrimination. It has not been an easy transition during the past 10 years. Between the EU passing directives, and the UK government implementing them, there have been many incidents where the government has failed to provide the required minimum level of protection for diversity group members.

As a result, in 2008 Harriet Harman first announced the plans for what would become The Equality Bill. The bill received Royal Assent this past April and is due to come into force in October 2010.

Everyone wants to work in an environment in which they feel like a valued contributor. As of 2000, human rights law has been incorporated into general UK employment law and applies to all employers. However, for those experiencing difficulty securing employment because they belong to a diverse population subgroups, the challenges remain.

As Lesley Price, Service Delivery Director at Equal Approach, MyDiversity’s newest partner, says, “Our whole ethos as a recruitment provider is to promote diversity and equality in the workplace, so we were looking for a job site which would support that. MyDiversity.com gives us access to the widest range of candidates and promoting our vacancies with them helps us to secure our reputation as a leader in diversity recruitment.”

MyDiversity.com is committed to attracting the best people for each and every employment opportunity in the UK through its full-service job-board. Increasing diversity in the labour market is now a business priority, which makes operational and financial sense. With MyDiversity.com, tomorrow’s workforce is only a click away.