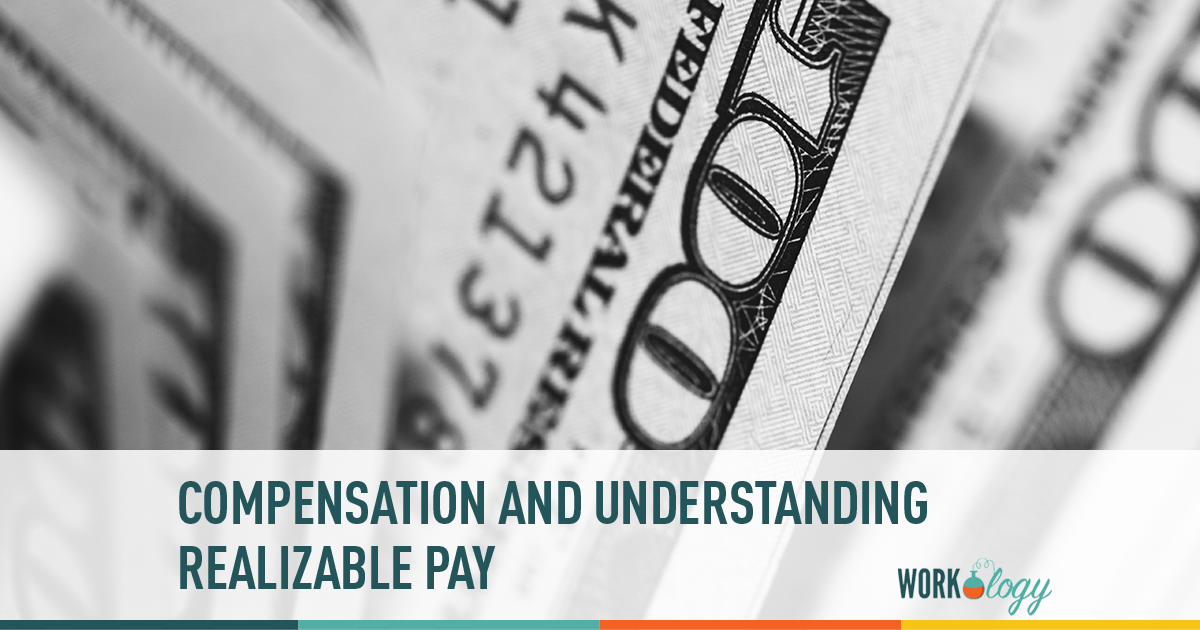 Back in the good ol’ days, calculating total compensation was a walk in the park. Mistakes were still made mind you, but for the most part the calculation was a near no-brainer. In any given year you’d finalize base pay, tack on bonuses and other cash incentives, and call it a day. Public companies would release this information for shareholders to base their projected earnings.

In today’s market, calculating compensation has become increasingly challenging, and the new measurement that defines the end product has been coined “realizable pay.” This metric sometimes factors in the value of exercised or deliverable pay for the purpose of providing a more accurate picture of total compensation and its relationship to company performance.

If you are a publicly traded company then you are likely in the process of dealing with say on pay as proxy season nears closer. Unfortunately, there are major disconnects between salary transparency and organization performance. This is the result of companies still relying on old methods of calculating compensation. Realizable pay is the solution to this mess, because pay is finalized at the end of the measurement period and includes the value of restricted stock awards and options. Since the measurement uses real values, it paints a more accurate picture of pay delivered as well as the condition of corporate performance and total shareholder return over the period of the award.

A torrential downpour of praise has come as a response to the development of realizable pay, and the major voices in the compensation industry have already declared it to be an excellent differentiator of pay versus performance.

Realizable pay has its flaws, but we are likely to see rapid evolution and customized versions result from this initial development. Back in February 2013, the ISS started using realizable pay during its analysis of 500 CEOs for companies where compensation policies are classified as a high or medium concern. This new approach is a long overdue change for companies that have aligned their pay with performance. A downside is that the new system may be the straw that breaks the camel’s back in the effort to get a negative say on pay vote. It’s expected that the use of realizable pay by investors and their advisors will be adopted rapidly and by companies outside of the ISS and P500.

Karaka Leslie is one of the Product Managers at PayScale, a compensation data and software company. Karaka started her career as an agency recruiter, helping companies find the best talent. Since then, she has worked with numerous businesses to assist them with building a solid case for good compensation planning. Outside of compensation, she also founded a Community Giving group to help connect professionals to local community organizations focused on education and career services.