What Does the Future Hold for New College Grads? 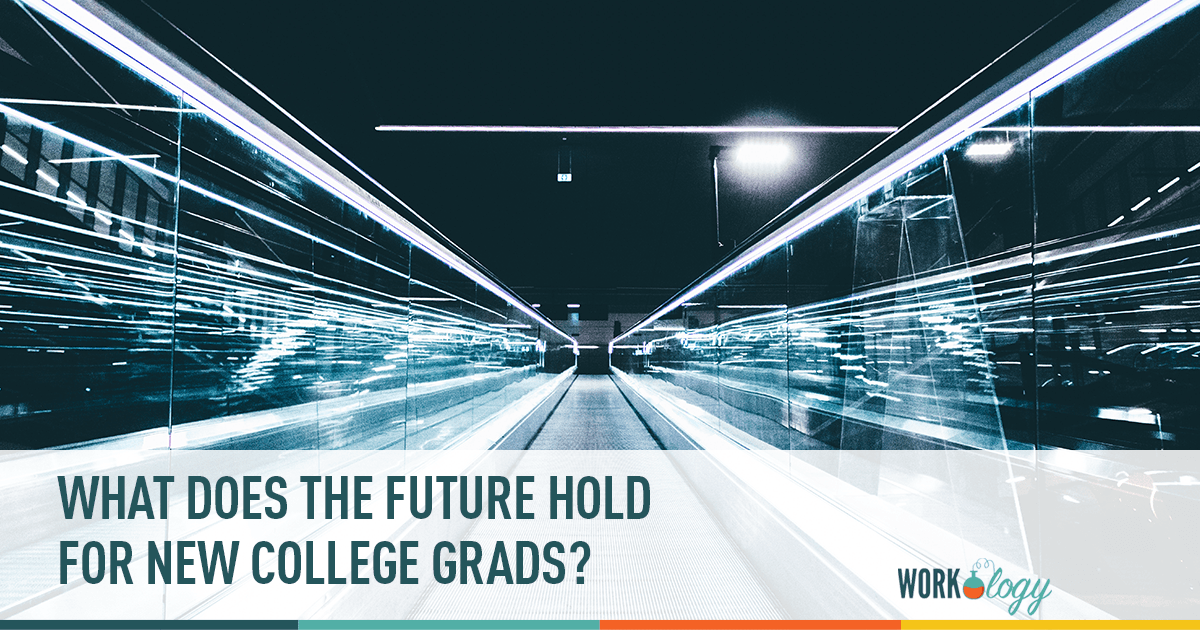 What Does the Future Hold for New College Grads?

I read an article the other day written by Lana Payne, the Atlantic Region director for Unifor, the largest private sector union in Canada. She was bemoaning the future of Canadian college graduates. In her opinion it is not a rosy one. That article made me wonder how that compares with the future of U.S. college grads.

The promise of a bright future

As Payne said in her article the promise of a college education is supposed to be a brighter future. As she says “That post-secondary education was the guarantee that they would do better than their parents; be more successful.” But as any parent who still has a 20-something living at home with them will tell you, the struggle to find a job can be very real and the jobs that are available are not ones that will help retire the debt that the student and their parents have incurred.

Payne says that in Canada “the incidence of low-wage work is growing at a higher rate among those with the most education….Between 1997 and 2014 there was a whopping 60 per cent increase in the incidence of low wages among workers with graduate degrees.” In the U.S. the complaints are similar to those Payne expressed. We talk all the time about the “gig” economy, but the sad fact is that a lot of that is being driven by the lack of well-paying fulltime jobs that many college grads would find desirable. So what are the prospects for college grads in the U.S.?

Hiring in the U.S.

According to a survey conducted by SHRM employers in the U.S. in 2016 have plans to hire 2% more graduates than they hired in 2015, not exactly exciting news for college graduates, but certainly better than a decrease. The most likely position they will be hired for is sales or some sales related position such as customer service. Unfortunately those are not exactly the highest paying jobs. Steven Rothberg, president and founder of College Recruiter, expressed his dismay at this and said “Very few people go to a four-year college and are able to afford to take a customer service position upon graduation.”

According to a CareerBuilder survey, quoted by SHRM, the most desired college degrees in the U.S. are:

Employers however, are not enchanted with the students graduating and they blame the colleges.

In the CareerBuilder survey quoted by SHRM many of the company executives feel that schools are not adequately preparing students for the world of work. They feel that colleges fall short in:

Instead they would like to see people trained in interpersonal skills, leadership skills, teamwork, problem-solving skills and communication skills. Another group of executives wanted “learning agility” and business acumen. My question about this is how much of this should be a college’s responsibility and how much should business be willing to take on?

Time to Step Up?

To my way of thinking, there is only so much that a college can teach and much more that businesses should be responsible for when hiring a new student. Colleges should be teaching thinking skills, writing skills, speaking skills, interpersonal skills and even to a degree the “learning agility” mentioned. I think many of the other skills, such as teamwork, leadership and the business acumen should be the responsibility of business.

How many businesses offer support to colleges to have a practicing manager come to the classroom and teach business terminology? In fact we should be doing this at the high school level. How many businesses take new hires fresh out of college and put them through a training class that teaches them business language and business acumen? Why should the language of a business be taught by a college course? If businesses find teamwork so important why are they teaching this to new college grads?

Yes there needs to be some very important groundwork done in college, or even high school for that matter, but why doesn’t business step up and claim the responsibility for teaching skills needed for their business? It is time to stop complaining and take some responsibility for turning new college hires into the employees we want.