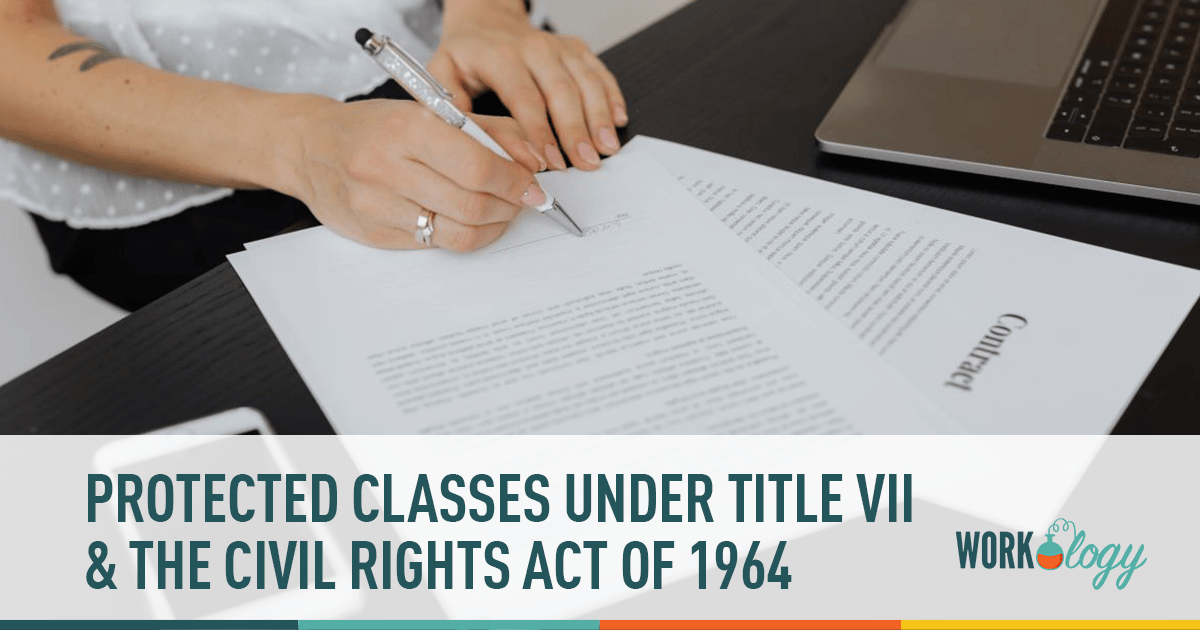 The Civil Rights Act of 1964 ended segregation in public places, provided for the integration of schools and other public facilities, and banned employment discrimination on the basis of race, color, religion, sex, or national origin. It is considered one of the most important legislative achievements of the civil rights movement and the most sweeping civil rights legislation since Reconstruction.

Title VII of the Civil Rights Act of 1964 prohibits discrimination in virtually every employment circumstance on the basis of race, color, religion, gender, pregnancy, or national origin. In general, Title VII applies to employers with 15 or more employees. Title VII prohibits not only intentional discrimination, but also practices that have the effect of discriminating against individuals because of their race, color, national origin, religion, or sex. The purpose of Title VII’s protections is to level the playing field by requiring employers to consider only objective, job-related criteria in making employment decisions. The law also established the Equal Employment Opportunity Commission (EEOC), a bipartisan commission that is made up of five members appointed by the president. It continues to enforce Title VII and other laws that protect us against employment discrimination.

In March of 2018 the Sixth Circuit court ruled that Title VII extends to protecting transgender people, on the basis that discrimination against transgender people could not legally be distinguished from other forms of already banned discrimination. Specifically, it ruled that if discrimination based on sex and associated gender norms was banned (and it is), than discrimination against transgender and transitioning people is too. On June 15, 2020, the Supreme Court ruled that an employer who terminates an employee because that employee is gay or transgender violates Title VII of the Civil Rights Act of 1964. The ruling states that “an employer who fires an individual for being homosexual or transgender fires that person for traits or actions it would not have questioned in members of a different sex. Sex plays a necessary and undisguisable role in the decision, exactly what Title VII forbids.”

This means that age, disability, gender reassignment, race, religion or belief, sex, sexual orientation, marriage and civil partnership, and pregnancy and maternity are now to be known as protected characteristics under Title VII. These classes of individuals are considered protected under Title VII because of the history of unequal treatment which has been identified in each class.

Employees, job applicants, former employees, and applicants or training participants are all afforded protection under Title VII. This means that Title VII must be considered when reviewing applications or resumes (by not eliminating candidates on the basis of a “foreign” last name), when interviewing candidates (by asking only job-related questions), when testing job applicants (by treating all candidates the same and ensuring that tests are not unfairly weighted against any group of people), and when considering employees for promotions, transfers, or any other employment-related benefit or condition.

The Civil Rights Act of 1991 was passed in response to United States Supreme Court decisions that limited the rights of employees who had sued their employers for discrimination. This Act represented the first effort since the passage of the Civil Rights Act of 1964 to modify some of the basic procedural and substantive rights provided by federal law in employment discrimination cases. It provided the right to trial by jury on discrimination claims and introduced the possibility of emotional distress damages and limited the amount that a jury could award.