Are Wearable Camera at Work Creating an Us vs. We Situation 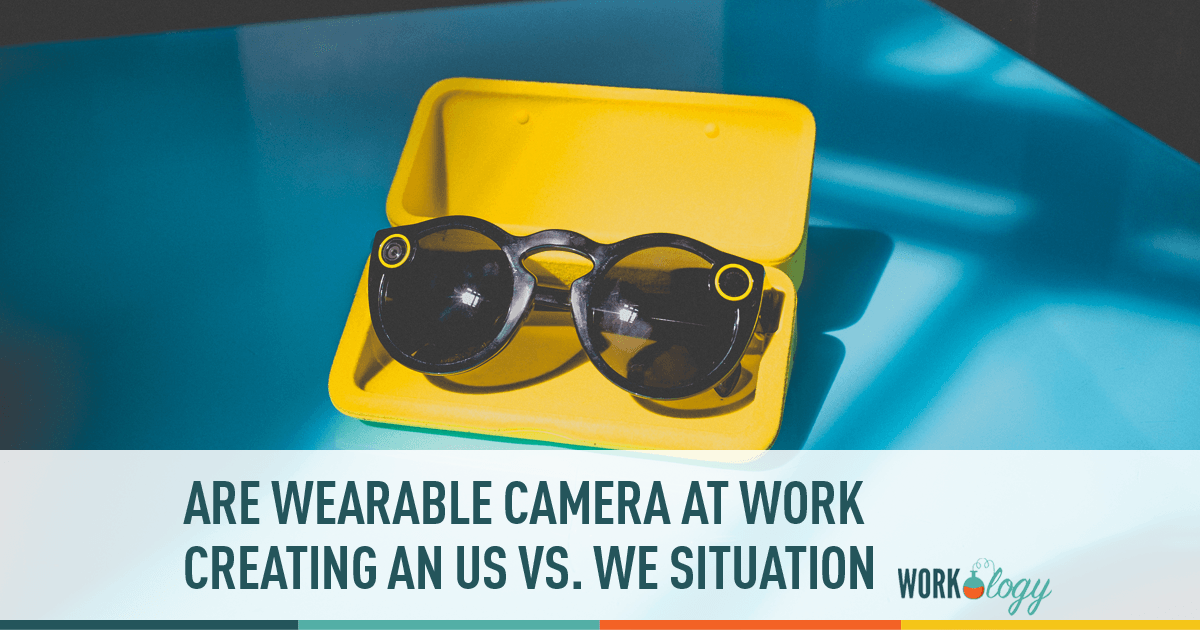 Big in the news this past week and hot on the heels of my post Privacy is Going to be a Major Employee Concern for the Future, is a report of a police department in Rialto, California issuing wearable cameras to half of their officers as an experiment. The experiment was to determine what effect the cameras would have police interactions with the public. It turns out that it was a positive one.

According to an article in the New York Times written by Randall Stross, “The results from the first 12 months are striking. Even with only half of the 54 uniformed patrol officers wearing cameras at any given time, the department over all had an 88 percent decline in the number of complaints filed against officers, compared with the 12 months before the study, to 3 from 24.” Additionally, “Rialto’s police officers also used force nearly 60 percent less often — in 25 instances, compared with 61. When force was used, it was twice as likely to have been applied by the officers who weren’t wearing cameras during that shift, the study found.”

The Police Chief is happy with these results especially since it was a hard sell to the officers in the beginning. The officers wondered about the “big brother” aspects of having every on-duty moment captured, though in reality it only captures moments of interactions with citizens. The officers have to activate the camera when an interaction begins, much like dashboard cameras are activated. The Chief sold the idea to the officers by reminding them that citizens recorded their interactions and it was in the best interest of the officers to have their side of the encounter recorded as well. Indeed it did exonerate an officer in a complaint.

Today in HR when we are having an “encounter” with an employee that may result in discipline we are told to always have another manager or supervisor sit in on the meeting in order to avoid the dreaded “he said, she said” situation. What if we were to apply the same technology that the police department uses and record that situation rather than have someone witness it? This would provide the much needed documentation that often gets overlooked and rather than being a summary based on memory, which is often criticized as faulty, we would have a verbatim recording.

As with the police cameras there were concerns expressed about privacy aspects of wearable recording devices. Casey Sipe, in his post Weary of Wearable Technology, talked about people in public and at work objecting to other people around them with wearable devices. There is even the story of a woman attacked in a bar while wearing Google Glass. But let’s face it video devices are already so ubiquitous that an incident anywhere cannot go without being recorded in hopes it will go viral.

I think the workplace is different as to the use of wearable cameras to record interactions with employees. Most workplaces have policies that allow the recording of employees’ work and actions. We record computer interactions, we record telephone conversations, and we record movement in the workplace with hallway cameras and cameras at the entrances. So how far of a leap is it to the HR manager wearing a camera to record that conversation with an employee in order to improve accuracy of documentation?

Remember many employees now record interactions with managers by using their smart device. Why should their side of the story be the only one that is recorded? I see cameras as a tool to improve HR accuracy. What about you?