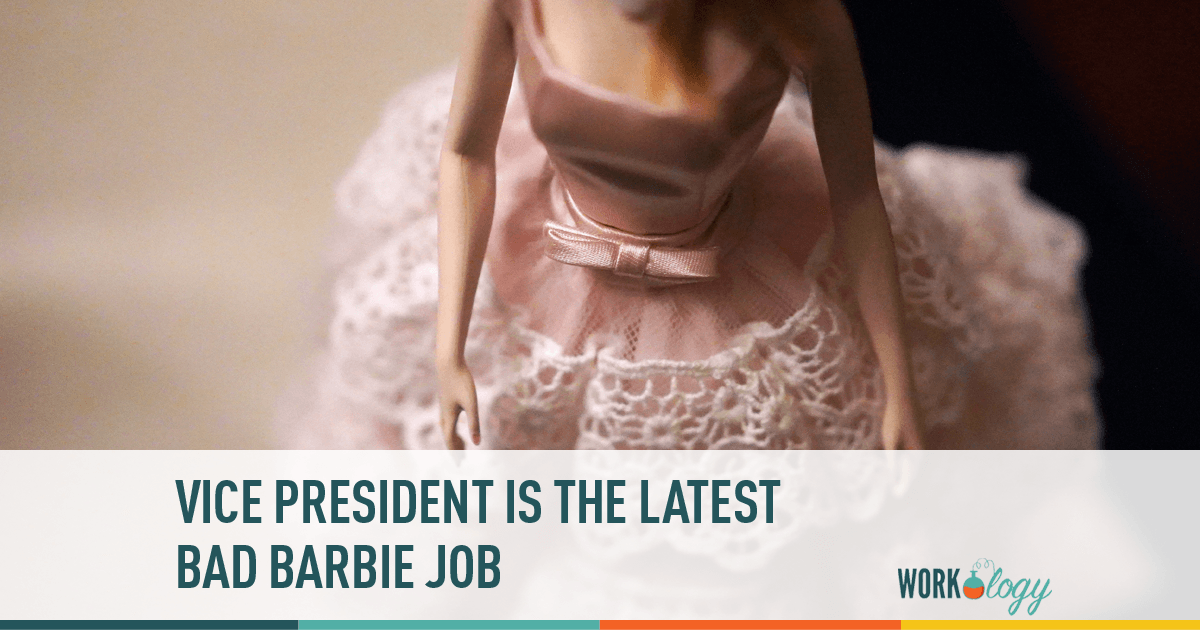 This summer Mattel will launch a new Barbie two-pack: President and Vice President Barbie running mates. The two Barbies will come with a podium, a button, and two cute suits. The dolls will be available in a variety of races – but not in the new Barbie body types.

Barbie first ran for the presidency in 2012, but this will be the first year in which the American people will be able to choose, as Linda Lacina of Entrepreneur.com put it, an all doll ticket.

The dolls are part of Mattel’s I Can Do Anything marketing campaign for its Barbie Careers line, which has given us everything from Babysitter Barbie to NASA Barbie to Equestrian Barbie. These days, Barbie jobs aim to make her an independent doll who doesn’t need no Ken to provide for her. The President and Vice President two-pack debuted at Mattel’s recent Toy Fair alongside Barbies heading into medicine, game development and entrepeneurship.

In the past, Barbie jobs have been more of a mixed bag, endless bad Barbie jobs with the odd Olympic or Dentist Barbie. When social expectations for middle class women were that they go to school and work to get their MRS rather than their PhD, Barbie jobs had the same air of “pre-marriage” activity – the expectation that after a given Barbie met her Ken, she would leave the workforce for the home to raise their creepy doll children.

And while Mattel’s premiere doll brand has been notoriously slow in noticing social change, the Barbie of 2016 is living in a two-income-family world. Like most American women, today’s Barbie will marry later (if at all), have fewer children, and work while raising children. She will work twice as hard as Ken and still make about $.70 to his $1.00, all the while shouldering the burden for the majority of household chores and childcare.

Their new marketing slogan, You Can Do Anything, sounds an awful lot like You Can Have It All, doesn’t it? Lean in, Barbie, you got this.

But now Barbie is taking American politics by storm. Not only is she running for President, she’s running for Vice President too – surely two Barbies working together can turn things around for American women! But wait, there’s a problem. No one really wants to be VP. All the campaigning with none of the reward – Vice President is a career dead end.

Unlike in the business world where a VP position can be one step towards taking the C Suite by storm, being the Vice President of the United States comes with few substantive responsibilities and almost no room for advancement. Only 14 US Vice Presidents later became President. Of these, a slight majority of 8 Vice Presidents were promoted because of the death of their Commander In Chief, and only 4 took the top job immediately after serving as VP: John Adams, Thomas Jefferson, Martin Van Buren and George H.W. Bush. Considering only 15% of CEOs in America are women, the outlook for Vice President Barbie isn’t so good.

The symbolic weight of an all female ticket is real and valuable, but why lay that weight on a hardworking doll like Barbie? Vice President sounds like a good job for Ken, if you ask me. Set your sights on Secretary of State, Barbie. Ken can look forward to a bright future in occasional CNN commentating and embarrassing public appearances. Barbie deserves a career of substance.