Unemployment Fell to 4.6% in November 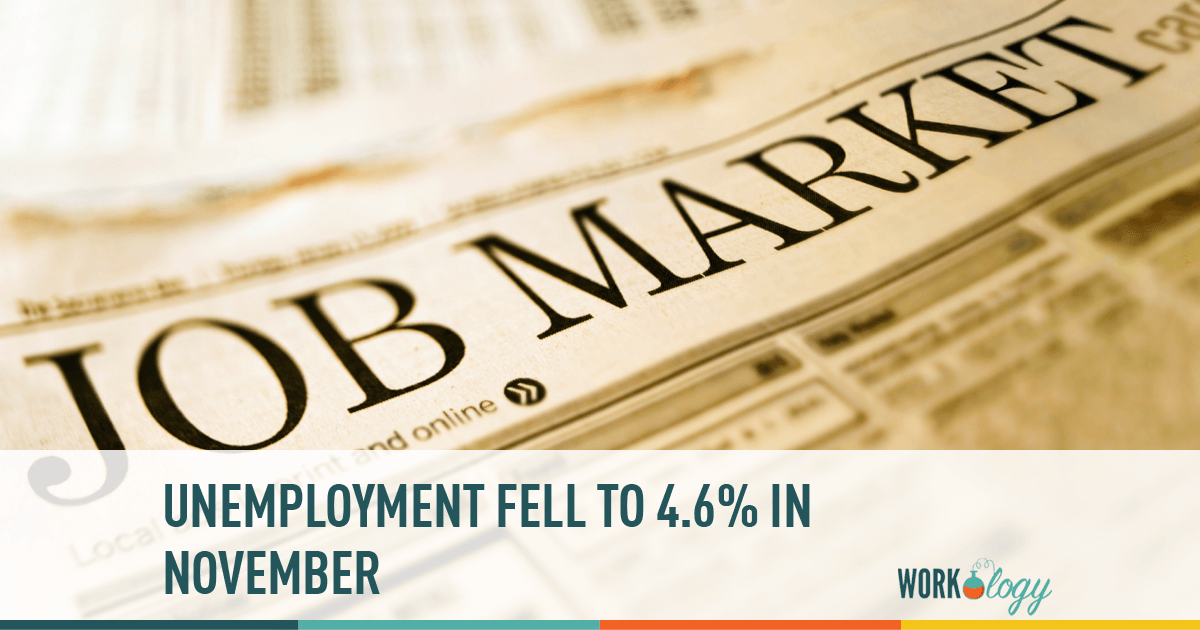 The November jobs report is here and the news is good: the US economy added 178,000 nonfarm payroll jobs in November and the unemployment rate has dipped to 4.6%, its lowest rate since August 2007. September’s job gains were revised to 208,000 and October’s to 142,000. This steady growth means that it’s likely that when the Fed meets later this month they will raise interest rates.

Unemployment Fell to 4.6% in November

But for a few aberrant months, slow and and steady growth has been the story of this last stages of economic recovery. Seasonal hiring has been in line with historical trends, dipping in spring and late summer but increasing in early summer and winter. And while overall job growth has been slowing, that’s in line with many economists’ predictions, who have argued that the US is approaching full employment — there’s just not as much slack in the job market, and only so much room to grow. I think it’s worth looking again at BLS’ growth charts, tracking growth and unemployment from 2014 to 2016.

There was little movement in the numbers of long term unemployed, marginally attached, and underemployed, or in the labour participation rate, as has been the case for much of 2016.

To no one’s surprise, the big growth areas were business services, health care and construction. Tech, which was often a big growth sector in the early months of 2016, did not add significant numbers of jobs in November. And while manufacturing and energy continue to decline, their losses were small too.

WSJ’s chart-based explainer on the report is, as always, valuable. They dig out some of the most important data and visualize it.

So what does November’s jobs report mean? I don’t think it changes the story of 2016 much — this latest jobs report is very much in line with what’s come before. It’s likely that the Fed will raise rates later this month. It’s like likely that business and professional services and health care will continue to grow, going into the new year, and construction will only slow if home buying does too.

As for the political angle, the impact of the presidential election and potential regulatory changes won’t hit for months to come.