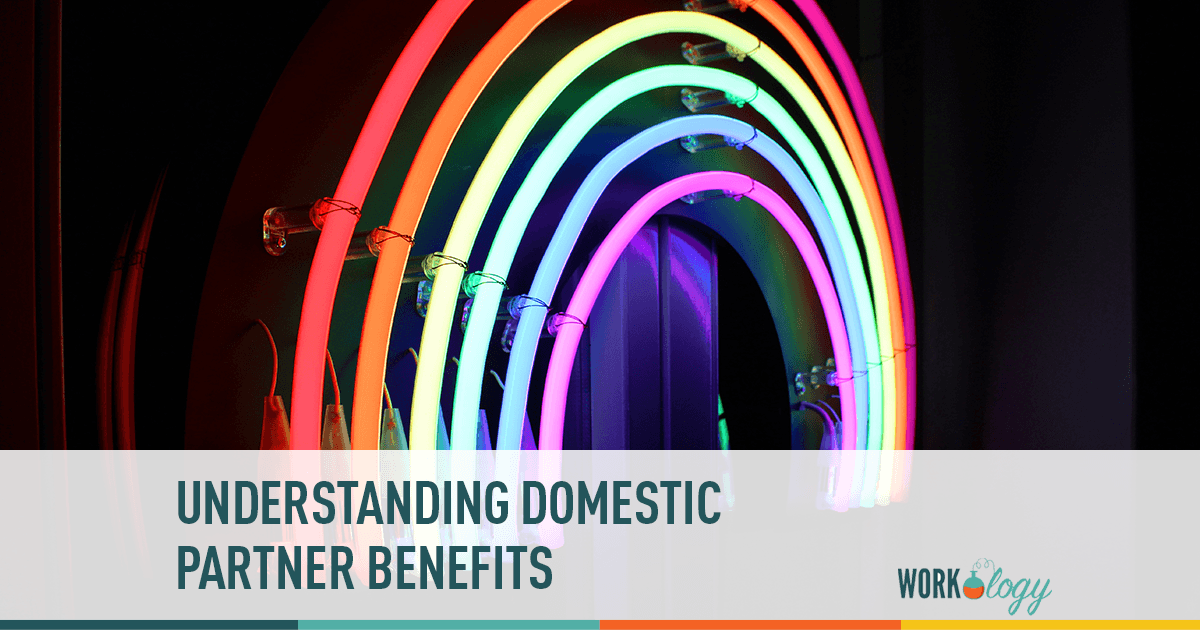 In 2012, 50 percent of U.S. companies offered domestic partner insurance coverage. That percentage may seem low, but just four short years ago, it was a mere 28 percent. In four years, the number of companies with domestic partner benefits has essentially almost doubled. This is what you call progress.

As I said above, half of U.S. companies offer domestic partner benefits. Mercer’s National Survey of Employer-Sponsored Health Plans, completed annually, has documented the growing trend. If you’re wondering when employers began getting on board, you can look to 2011. From 2008 to 2010, the percentage of medium-sized companies (those with 500-4999 employees) that offered these benefits only grew by five points (From 32 percent to 37 percent). Even worse, small companies (those with 50-499 employees) saw an increase of only one percent! One freakin’ percent

But jump forward to 2011 and you’ll see a huge leap. That year, the percentage of small companies offering domestic partner benefits grew by 19 points, taking it to 47 percent. Medium-sized companies improved also, but not in such a dramatic way as they increased by seven points, meaning 44 percent of them offered the benefits. Human Rights Campaign (HRC) also reported that 58 percent of Fortune 500 companies offer domestic partner benefits.

What do all these numbers mean? In a nutshell, things are looking up. You can’t help but think that when you see the numbers rise with each year. In fact, I suspect that 2013 will prove to be a year of significant improvement in this area too. Small companies are showing the most progress and have even surpassed medium-sized companies as far as the number of them that offer these benefits. (Currently 50 percent of small companies and 45 percent of medium-sized companies.) These numbers also show that Fortune 500 companies are leading the way, which isn’t much of a surprise since they typically are the industry leaders.

Not your average benefits

Even as more employers are offering these benefits, there is still one glaring aspect that proves domestic partner benefits aren’t the same as those offered to heterosexual spouses: taxation. Those eight little letters are powerful. When I hear them strung together to form the word, I cringe a little. I cringe because it’s a sign that there’s still so much progress to be made and because it has a huge effect on the millions of Americans who receive benefits for their domestic partner.

However, employers are required to report the value of a same-sex domestic partner’s health coverage as taxable wages earned (called imputed income). The financial impact this policy has depends on the value of the coverage and a few other factors, but it can cost an employee thousands more dollars every year. According to HRC, employees with partner benefits pay on average $1,069 per year more in taxes than would an employee with the same coverage for a different-sex spouse.

For employers, this also raises their payroll taxes. The Williams Institute and Center for American Progress report called “Unequal Taxes on Equal Benefits” states that employers collectively pay a total of $57 million per year in additional payroll taxes because they offer domestic partner benefits.

It’s sad that we even have to think of this subject in terms of “we’re making progress,” but it’s the truth. When only 50 percent of employers are offering benefits to same-sex partners, and that’s progress, we need to talk about it. I’ve already talked before about being gay in the workplace, so why go on to talk about domestic partner benefits? I’ve said it before and I’ll say it again here: others aren’t talking about these issues, so I will.