Social Media Week in NYC: Breaking Down the #smw140resume Event 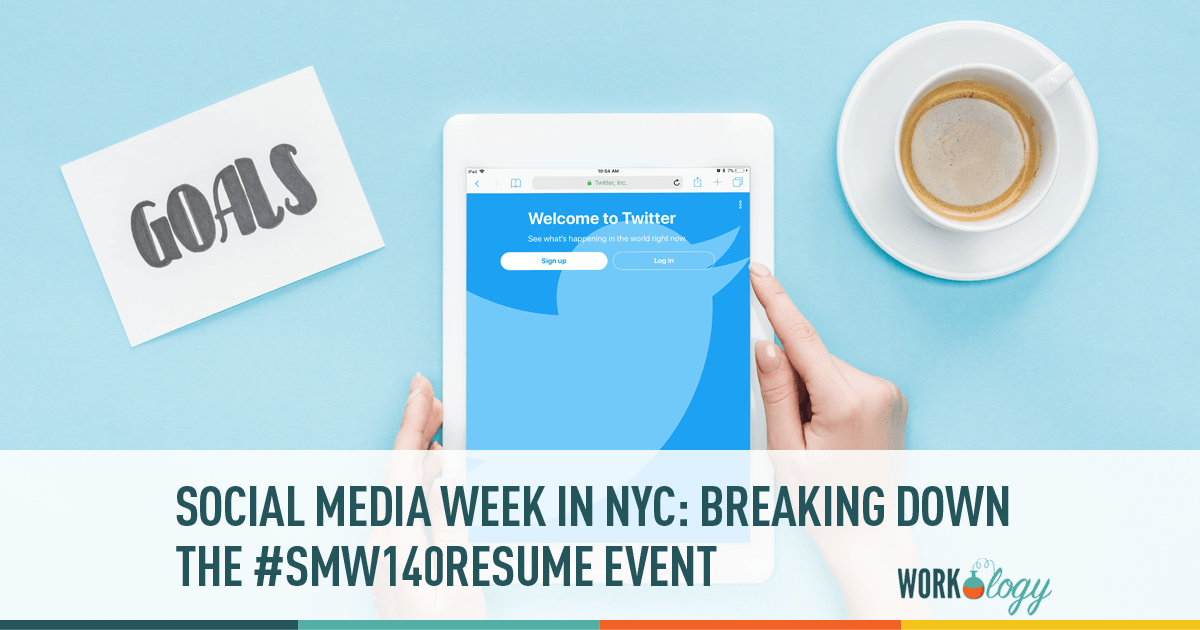 NBC. NPR. The Daily Muse. Mashable. AppNexus. WOW! What a lineup of organizations … all on one stage to serve up some  job hunting advice with a twist of social media. And, in the audience – eager to devour their insights – many job seekers, minglers, employers and even some of our very own Blogging4Jobs friends.

How Should You Use Twitter and THE 140 CHARACTER RESUME?

A pretty fab panel sat on stage Wednesday night at the (very cool and trendy) AppNexus headquarters in New York City as part of last week’s 2013 Social Media Week to answer the question: What does your social media footprint say about you? This event, hosted by The Muse, was all part of New York City’s Social Media Week (#smwNYC on Twitter). Throughout the evening, job seeker advice and best practice tweets were ripe for the picking. Recruiters and hiring managers also represented the event well discussing ways that recruiters use Twitter to recruit and hire. How they use Twitter as well as other social media tools like Instagram to recruit and even Pinterest for hiring might surprise you. 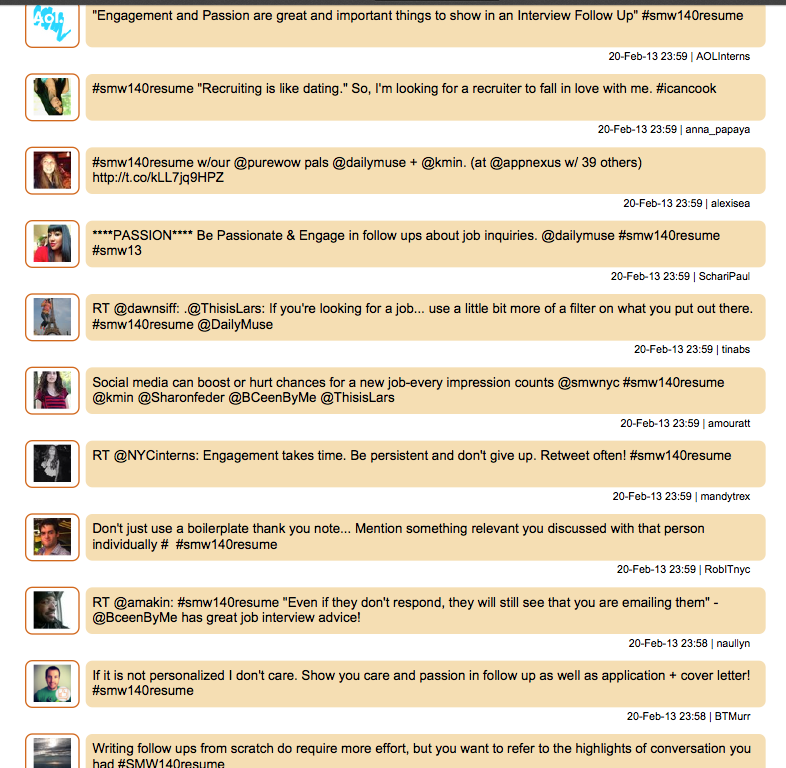 AFTER THE PANEL, IT’S THE AFTER PARTY

Once all of the questions were answered and the panel jumped off stage, that’s when everyone had a chance to grab a drink, some mezze and network. For me, that meant chatting with eager job seekers, talking with two bright college students, and meeting @MyInternCoach and @levyrecruits in real life. It was simply fantastic how we all transitioned from tweeting up a storm and talking about engaging via social media to having genuine, in-person conversations.

Since the #smw140resume event a few short nights ago, I have been in touch with several job seekers via Twitter and LinkedIn, and have referred one for a potential career opportunity. So, to everyone reading, here are my three key takeaways from this event:

Want to see what was going on during #smw140resume? Interested in reading tweets from event? Check out this tweetdoc for more insights or go to Twitter now and follow some of these great tweeps!

Download our free job seeker toolkit complete with resume and cover letter templates at no cost.