Treating Mental Illness Is An Investment for Employees and Employers 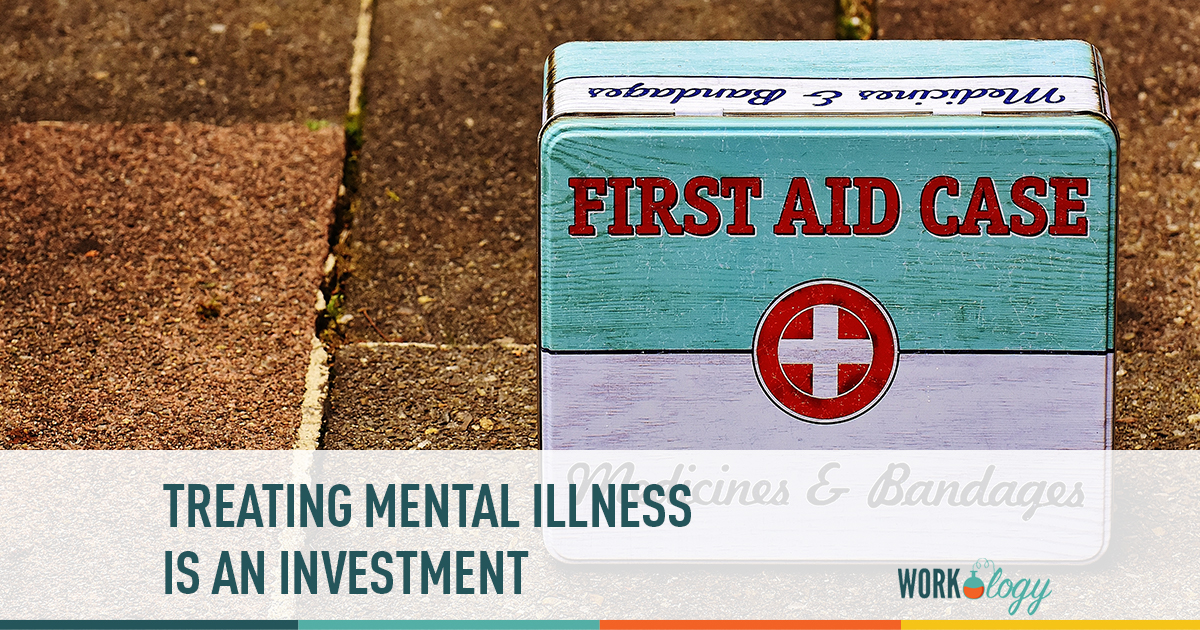 May has been observed as Mental Health Awareness month in the US since 1949, but all too often, treatment of mental illness does not get the attention that it needs. The personal stigma that is still associated with many conditions is part of this, especially in workplace environments. More than 42.5 million adults – that’s 18.2% of the US population – suffer from mental illness. Bringing this problem out into the open without stigma is important for quality of life as well as a business’ bottom line.

Like any other medical condition, mental illness severely impacts people’s ability to perform their jobs. If you replaced mental illness with any kind of physical injury affecting 18% of the population, businesses would be devoted to finding treatment in the interests of staying competitive and as part of caring for their team. Unfortunately, lack of sufficient attention to the issue has in many cases led to higher turnover for companies and struggles with unemployment for individuals.

Emma is a blogger who has offered the public her story in the hopes of helping other people in her situation. She has suffered on and off from anxiety and depression since childhood. At one point it was difficult for her to leave the house and her family intervened, communicating the situation to her workplace. In later conversations with her boss, Emma felt inhibited about opening up about her condition. Her manager truly wanted to work with her on the issue and arranged for a part time solution as Emma tried to adjust back to her normal routine. But she was soon let go as she did not return to full capacity quickly enough.

People in Emma’s position often have little choice but to fall back on support like unemployment benefits and face the hard task of looking for work while dealing with a serious illness. In the US, these benefits are limited in duration, the longest being 30 weeks in Massachusetts, the shortest only 12 in Florida.  Sometimes, that’s not enough of a window to heal. The missed opportunity with Emma was that there was no indication of what was needed for treatment being openly discussed with her manager. Emma was hesitant to raise this for fear of stigma, but it was exactly this restriction that led to her being out of work and her company scrambling to find a new employee. Many people are not fully aware of the recent changes that the Affordable Care Act has brought to mental health coverage. New parity regulations mean that insurance must provide coverage for therapy and prescriptions, and they reduce the occurrence of cutoff dates that had previously impeded ongoing treatment.

Mental health issues can happen to anyone. Making it clear in your workplace that mental illness is something that is safe to privately discuss with a manager or co-worker is crucial. By you and your team keeping an eye on therapy and solutions, these often very treatable conditions need no longer be a disruption to people’s ability to be their best at work.

Jenny Holt is a freelance writer and mother of two. She loves nothing more than getting away from it and taking her pet Labrador Bruce for long walks, something she can do a lot more now she's left the corporate world behind.