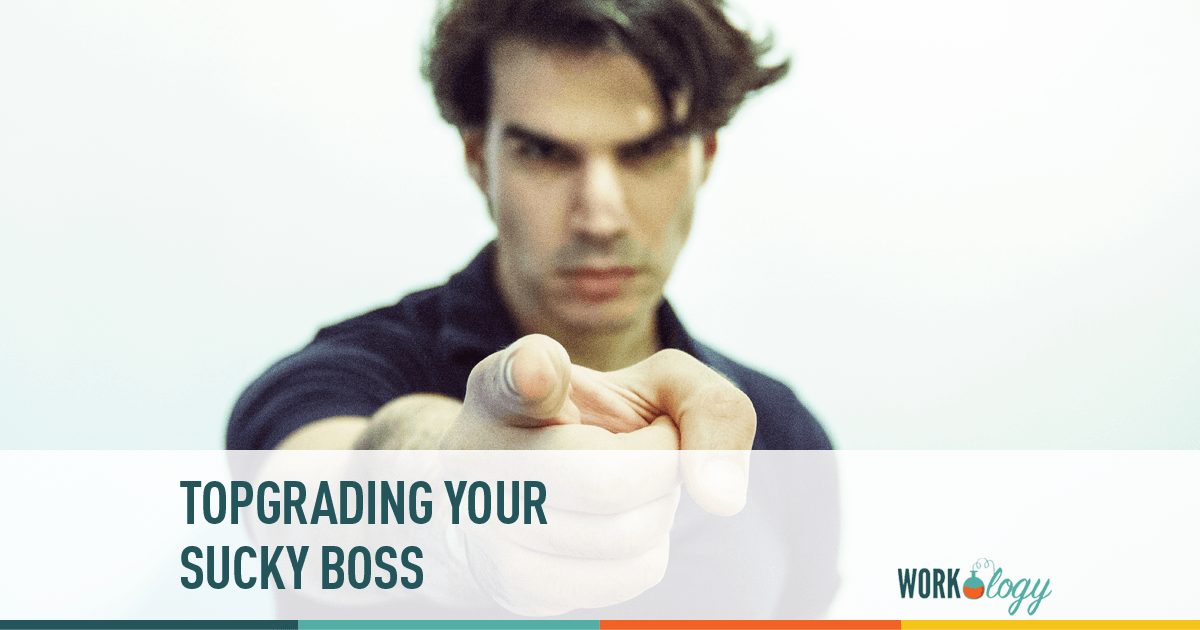 It happens to the best of us. We make a career move and are so excited about what the new position will bring. The new office, new duties and new opportunities cause a new-job adrenaline to course through our veins. Then, without warning, it all comes to a screeching halt when we find a fatal flaw in the newness: a sucky boss.

We’ve talked about sucky bosses before here at Blogging4Jobs and have used less than friendly terms, like complete idiot and micromanaging a-hole, just to name a couple. I’ve even mentioned that the best way to handle one is for you, the employee, to make changes. However, some exciting new research from Zenger Folkman, an authority in strengths-based leadership development, reveals that you don’t have to be the only one who changes.

In short, this research shows that maybe a leopard can change its spots. Zenger Folkman started with around 550 top executives and narrowed its sample down to 96 participants who scored in the 10th percentile or lower across 16 leadership attributes. These leaders spent between 18 months and two years focusing on their specific areas of weakness. During that time, 75 percent of participants made significant improvements that their co-workers, bosses and subordinatescould attest to. 71 out the 96 executives improved at least 33 percentile points, moving from the bottom to average.

Start with the basics. If you’re reading these numbers and thinking about how much you wish your boss was part of that research group, there’s hope! Zenger Folkman’s research means that an old dog can learn new tricks and your sucks boss can change.

Go beyond “my boss sucks” and give some think about what their main areas of weakness might
be. Is your boss controlling? Does he or she always have to be right? Are you expected to be in the office 24/7 with no appreciation for the extensive time you put in? Whatever it is, you need
to have a grasp on what they could improve on. In all reality, this probably won’t take much effort since it’s likely something you’ve thought about…a lot.

If your supervisor wants you to work on a specific skill, they might have a conversation withyou or set up a training plan. Those, however, are probably not options for you if you are the
subordinate. That means it’s time to model the behavior you want your boss to develop.

Lead through actions. If he or she is always late for meetings, don’t follow suit so you’re not wasting time. Show up early and over prepare so they can see that when the meeting time comes, you mean business. If you are trying to discourage micro-managing, lead team projects the way you would want you boss to lead and let him see that people can be productive and successful even without someone breathing down their necks.

Reinforce the good, ignore the bad. If your boss has bad habits, it may be time to bust out the old Psych 101 principles. When he or she makes use of a bad habit, like yelling at you, don’t let it get you flustered or angry. When they approach you in a respectful way that you’re ok with, go above and beyond with the task being discussed so it reinforces the good behavior.