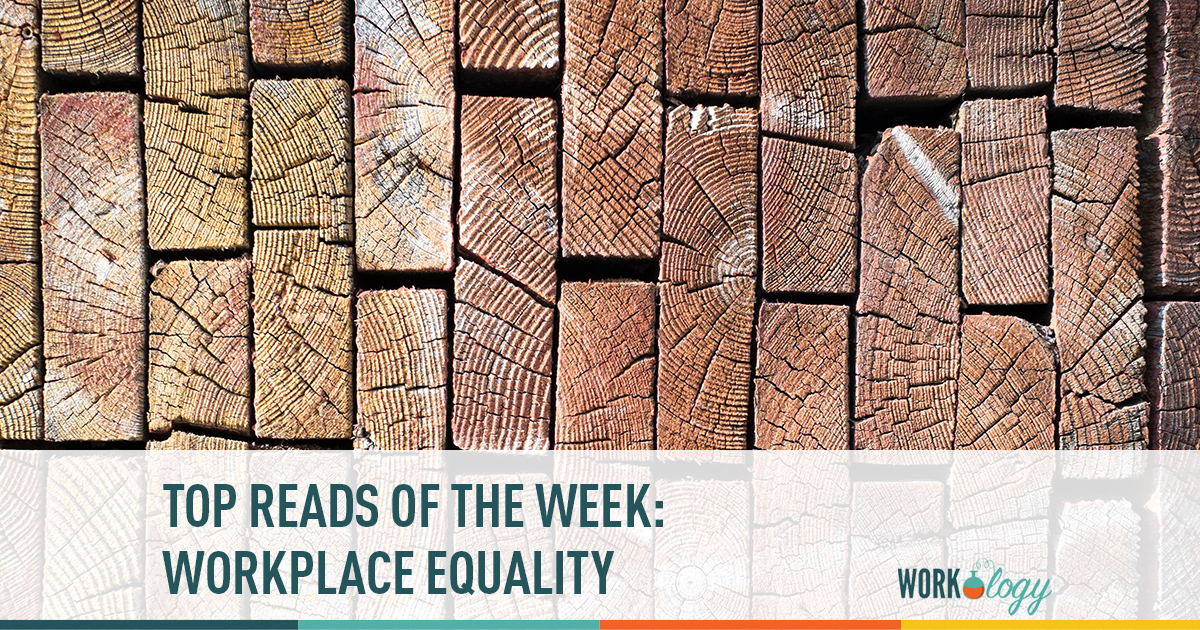 Now that the Human Rights Campaign’s 2018 Corporate Equality Index is out, every organization in the top ten has been trumpeting their big win. But increasing workplace equality is about more than being recognized by this or that campaign (though I’m sure it feels nice). HRC itself has been criticized for recognizing Monsanto’s efforts to increase LGBTQ representation and safety in the workplace – on the grounds that its wider corporate agenda sometimes decreases the workplace safety and security of agricultural workers.

So I thought we should take a look at some of the other stories shaping the conversation around workplace equality: inclusion programs, government regulation, and overall attitudes and norms.

After Helping Overhaul GoDaddy’s Culture, Its VP of Inclusion Sets Out On Her Own

HR Dive has a great exit interview with GoDaddy’s former VP of inclusion, Katee Van Horn. The company has undergone what Dive calls “a remarkable transformation” during Van Horn’s tenure, from sophomoric to serious about not tolerating harassment and inequality. Van Horn talks about the importance of being proactive and about practical strategies to shape up your company culture.

Denise Young Smith, of “diversity can mean a room full of white guys” fame is departing Apple for… other pastures. I don’t know if they’re greener pastures, since Young Smith is taking a vacation from the corporate world for a stint as Cornell’s Executive in Residence. So what’s significance about this move? Young Smith was Apple’s first VP of Diversity and Inclusion and her stint only lasted five and a half months and during that time she released one lacklustre report. Yikes. But on the bright side, taking over for Young Smith is Christie Smith a former talent executive at Deloitte with seventeen years of experience.

The One Philosophical Difference That Sets Millennials Apart In Workplace Diversity

Are Millennials really any different from other workers? We all want the same things from our colleagues and employers – respect, flexibility, the occasional raise – right? Well, a new study says there is a difference between Millennials and their older colleagues expectations but it’s a subtle philosophical one, to do with how different generations understand the terms “diversity” and “inclusion.”

Some of these differences are semantic in nature, with non-millennials more likely to favor integration in an inclusion program, and millennials more likely to favor a “culture of connection,” but there’s one underlying difference that seems to define this disconnection: non-millennials want to achieve results by hitting numbers and achieving measurable goals, while millennials want to achieve results by gaining more ideas, insights, and perspectives, and by facilitating a sense of belonging

Libby Lyons, Director of Australia’s Workplace Gender Equality Agency says that flexibility has a big part to play in increasing workplace equality. We’ve written extensively on Workology about the ways that 24/7 work culture penalizes women more than men. Working mothers, for example, often have to make sacrifices not expected of working dads. Workplace harassment, it seems, is more common in companies where the culture favours all-nighters combined with drinking and socializing. Lyons says that increasing flexibility helps to close the gender wage gap, increases equality overall, and even helps men.

Training really needs to incorporate challenging behaviour so the person who makes that derogatory remark because (a father) is walking out at 3pm to pick up his children from school needs to be challenged.