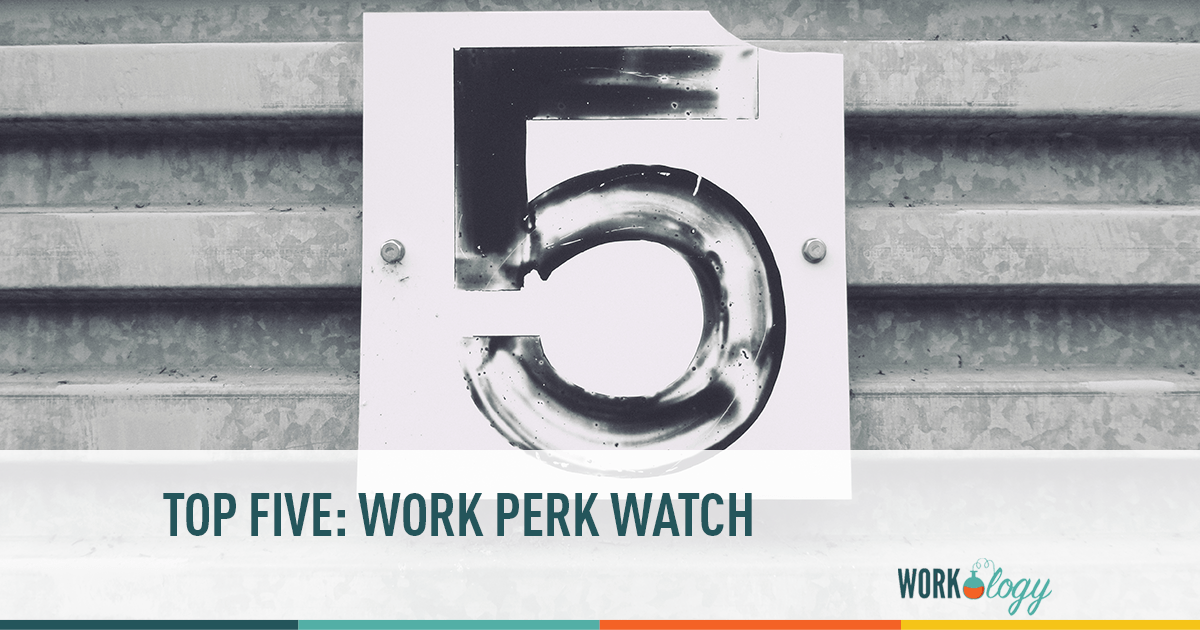 So you may have  noticed that I have a fascination with startup work perks. I’ve written about good perks and bad perks, family-oriented perks and performance boosting perks. I’ve written a lot about perks. While it’s true that perks are rarely on the top of a job seeker’s list of priorities and play less of role in retention than we might think (except for free food — the universal morale booster), the transformation of work perks reveals much about the forces that are driving change in the workplace as a whole. Forget fooseball tables and slides in the office — what does the growing presence of concierge services on perk lists tell us? Or the growing number of very particular, family-oriented perks? Everything from date-night babysitting, to milk delivery, to egg-freezing? For one, we’re working too much. For two, the employer-employee relationship is chaining, and work is playing a bigger and bigger role in our private lives. What makes perks so interesting is what’s under the surface of these offers; the implicit deals being made.

But for now, here are five work perk stories I’m keeping an eye on:

Dan Price Emptied His Retirement Accounts for that $70,000 Gravity Wage

Dan Price! He’s the CEO who made $70,000 the minimum wage at Gravity, and did so at his own expense. Not only did he slash his own wags, we’ve now learned that he also emptied his retirement accounts to make it happen. Price’s actions have been met with both praise and criticism. This news will likely have some folks shaking their heads. But Dan Price has no cause to be worried about his retirement — he’ll make it back and then some — and I think this shows remarkable commitment to his principles. It’s rare to see an executive put his own future on the line for the sake of his employees.

The Indian tech community has been heating up. Top coders are now being inundated with offers from recruiters both local and international, and offers now come complete with ever-inflating work perks.

The Yelp for Maternity Leave Benefits is Here

So you want to start a family AND climb the corporate ladder — how can you be sure that you’re accepting the right offer? Few companies publicly list their parental leave and benefits packages and it’s a thorny topic to broach during the interview process. No one wants to risk getting a great job by mentioning a potential new baby. Fairygodboss is a new ratings community and forum where people can share information about parental leave and benefits.

Starbucks already offered free tuition for all its staff, whether home office or barista, but now it’s offering free tuition to children and spouses of employees who have served in the military. As with its existing tuition program, the offer is exclusive to the Arizona State University’s well-regarded online program. The move is part of the company’s push to hire 10,000 veterans, or veteran’s spouses, by 2018.

Wal-Mart workers receive a 10% discount on most merchandise in the store… but not food. This is mysterious to me, considering the National Post cites a $400 million cost to the retailing giant. Certainly that’s a significant cost estimate, but put against the company’s $16 billion profits and its increasing struggles with public ill will and worker unrest, it sounds like it could be a $400 million well-spent. Expanding employee discounts increases workforce and consumer loyalty — that is, Wal-Mart’s 1.4 million workers will be a heck of a lot more likely to shop at Wal-Mart and to spread good tidings about the company.