Three Roadblocks for the Freelance Economy 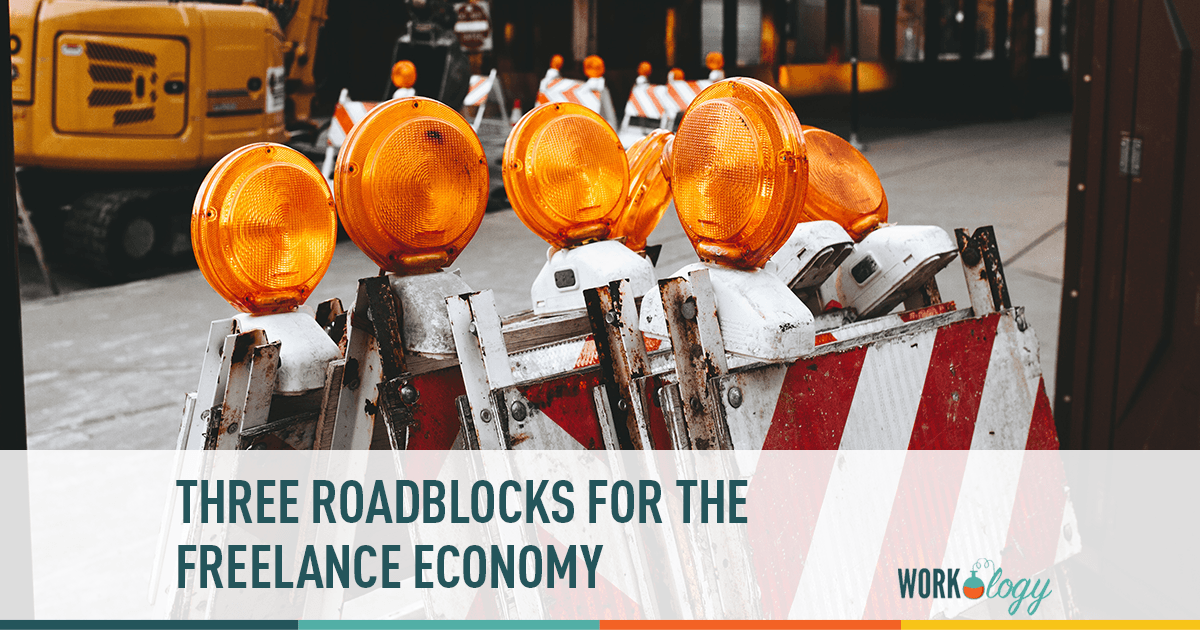 If you have been reading about the future at all you know that I and others have written about the rise of independent contractors or freelancers as a force in the world of work. Baby Boomers who have exited from corporate America and millennials who had a difficult time getting into corporate America have become an ever increasing segment of American labor. In fact they have become an increasing world-wide power. Futurist and writer James Canton, in his book Future Smart, predicts that by 2025 freelancers may account for 70% of all new jobs. There are some things that have the potential of derailing the progress of this movement.

Roadblocks to the Freelance Economy

Having been a struggling freelancer long before freelancing was fashionable I know that there are some roadblocks to being truly independent. First is healthcare. Unless you are wildly successful from the get-go and are making money hand-over-fist you cannot afford to have insurance. Many baby-boomer freelancers often have a working spouse who has insurance coverage through their work that provides the safety net needed. But Millennials often don’t have that luxury. The Affordable Care Act has provided some freelancers an opportunity for insurance, but generally not cheaply, especially if they are making any money. The political structure in Washington, D.C. is trying to change the nature of the ACA. Depending on this change, if successful, I doubt if any consideration has been given to what happens to the freelancers insurance-wise.

A second roadblock is the current legal structure. The USDOL and the IRS have rules about what makes a worker an Independent Contractor or an employee. They are not clearly defined and as a result often get violated or ignored. By improperly being defined as an IC means you don’t get all the benefits of being an employee, including having half your taxes paid for by the company. Now I am not saying that everyone should be an employee, what I am saying is that there should be standards that recognize the realities of a new way of working and the realities of having a new type of worker. With these standards the playing field will be level and will allow freelancers to charge and earn what will allow them to make a good living.

A third roadblock is just the lack of education on what it takes to be a freelancer. Many go into freelancing because they have to rather than choosing to on their own volition. As a result they are uneducated in what it takes to run a business. They don’t know about taxes, they don’t know about accounting, or marketing and sales, they know little of proposals, or pricing or closing a deal. This is no one’s fault but the freelancer’s but I see it far too often. I was one of those that opted to not look for a “job” when let go by an employer, rather I was going to be my own boss. It took a lot of learning, and despite the fact that I have been doing this for 24 years, it still requires learning. I am attending a three day workshop put on by my consulting guru in order to continue my learning. Without this learning there is no progression and the freelancer ultimately finds themselves filling out a job application.

A new way of working

Freelancing is a whole new way of working. It requires a new mindset, on the part of both the freelancer and the companies that are hiring them. It has its challenges, but it also has its rewards. For everyone. We just have to make it work.