The Value of Ambiverted Leadership 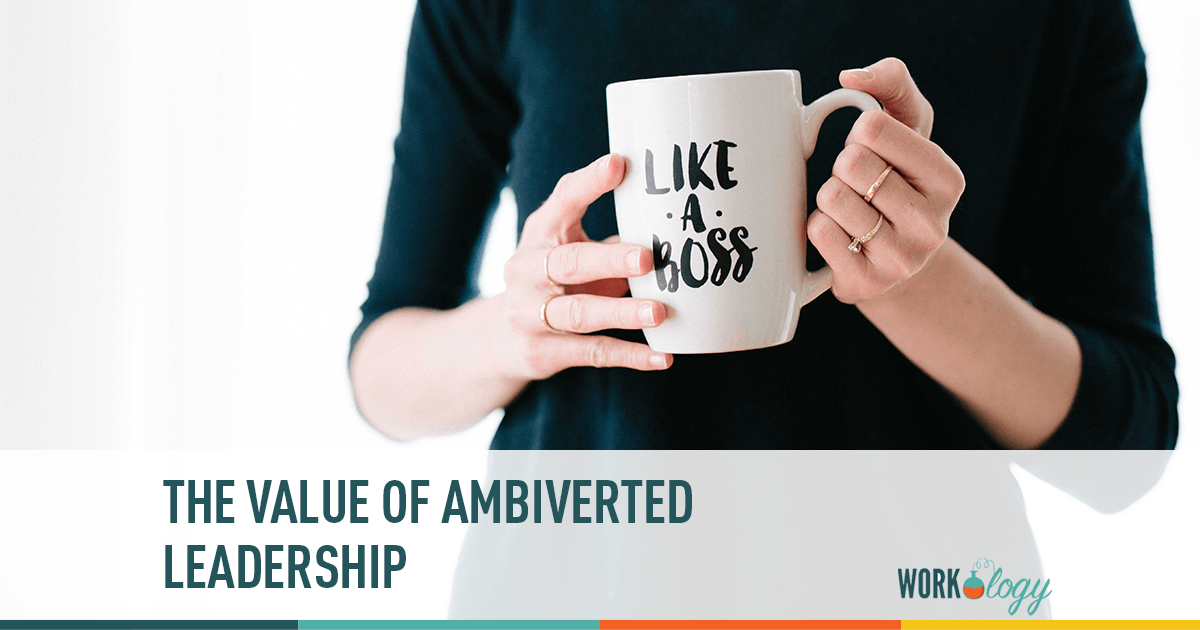 A lot has been written about introverts and extroverts. You can quickly take an online assessment to see which category best describes you and then draw our own conclusions. But, you probably won’t be completely satisfied with how you’re described.

That’s because no “score” adequately describes who you are. You’re not a robot that can be parsed into ones and zeros and stuffed into a spreadsheet. People are made up of the immeasurable as well as the measurable, and binary values can rarely be assigned to our most valuable attributes.

I’ve never been as concerned with the relative value of personality assessments or even individual personalities, as I am with identifying commonalities and developing bridges between those varied personalities.

An inordinate amount of economic power can be harnessed by coupling teams of introverts and extroverts into an integrated continuum. Ambiverted leadership unlocks this power.

This lesser known trait of ambiversion is defined as a personality that falls more or less directly in the middle between an introvert and an extrovert.

Ambiverts are moderately comfortable with social interaction, while also relishing time alone. This trait might describe more people than anyone realizes. But, regardless of the actual demographics, ambiversion is a worthy aspiration for us all.

A minister friend once told me that his Dad would go home after his Sunday sermons completely sapped of his energy. Whereas, my friend would preach a sermon and be energized by the experience and want to go out to lunch with friends and family after he finished.

That was the first time I realized that I didn’t fully understand the terms introverted or extroverted. I’ve since realized you can be introverted and still be gregarious and talkative, and you can be extroverted while being stoic and quiet. The traits of introversion and extroversion not only describe your outward-facing persona, they also describe how you process energy.

Whether it’s production versus sales, product development versus product management, or CFOs versus CMOs, the conflict and friction inherent to the various dichotomies within every organization are neither rare nor unique.

Each person provides their own relative worth, and the energy being processed differently on each side of largely conceptual lines will always be uneven initially, but with proper engagement can be bridged and aligned into positive rather than negative experiences and outcomes.

Public speaking, presentations, and conferences have all traditionally been the arena of the extrovert. But, I’ve seen very quiet, stoic, binary people stand up in front of hundreds of others and shock them with their stage presence.

Likewise, solving complex problems, working through detailed scenarios, and developing long term strategies are traditionally the domain of the introvert. But, I’ve witnessed young, intuitive sales people blow away senior managers with the depth of their analysis and logic.

Seeking out these fortunate aberrations and leveraging them to integrate various members of a team is the specialty of the ambiverted leader. And, ambiversion like other traits is most often innate, so ambiverted leadership can arise from surprising combinations of personality and talent.

Labels are most effective when they unify as well as organize

Assigning a label to an objective often helps us organize and build strategies to reach our goals. To the extent we’re focused on bridging the gaps between varied personalities to make teams more successful, ambiverted is as good a handle as any.

Today more than ever, I’m convinced there’s hidden value to be found in many companies within the gaps of misunderstanding between team members who process energy differently.

These relatively simple differences in process mask talent and opportunity. And, the friction between people who represent those variations creates noise that often stifles innovation that is owed to the company for which they work.

Regardless of where you fall on any personality matrix, the sustainable value you provide to an organization as a member or leader of a team, over and above your particular talent, comes less from how you process your own energy than how you share and receive the knowledge and creative energy processed by others.