The Use of Rhetoric As an HR Competency 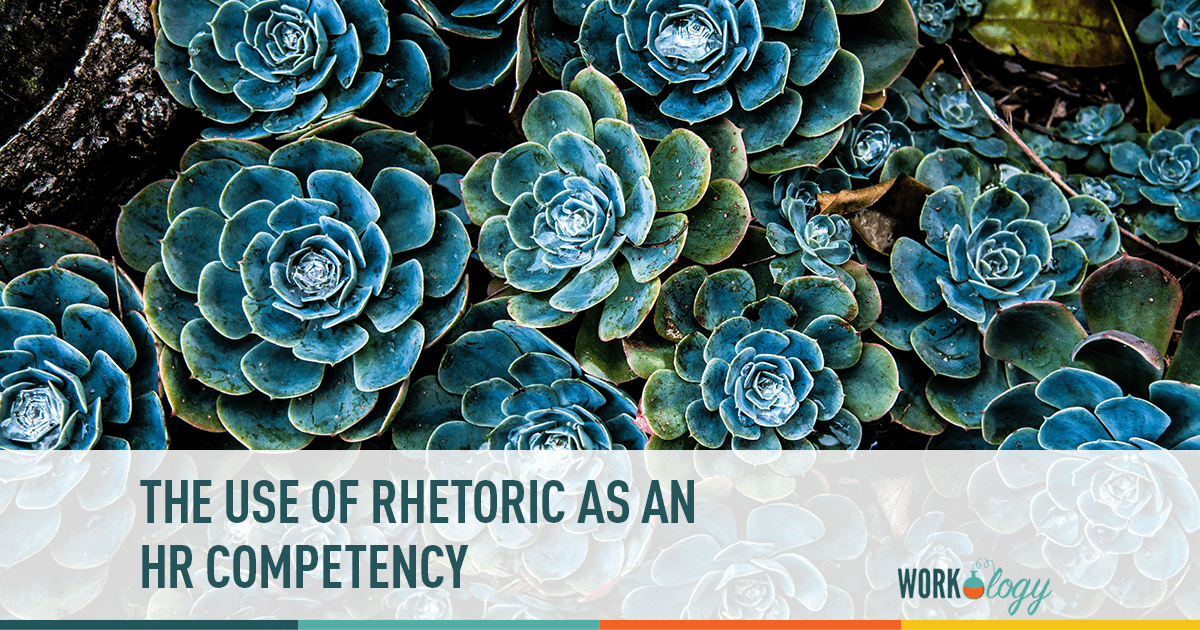 Do you think the ability to speak effectively to a group would be a necessary qualify for an HR manager to have? You have just been asked a rhetorical question. A rhetorical question is one asked solely to produce an effect (especially to make an assertion) rather than to elicit a reply. I already know that the use of rhetoric is an essential HR core competency.

What does rhetoric mean?

Ok, for those of you that stayed around here is an explanation. I have often looked at that word and asked myself “What does rhetoric really mean?” The definition I usually thought of was a “bunch of empty words”, which actually fits with the way the word is used in headlines today. However, I have recently read a book that talked about rhetoric in a different manner. So I went to the dictionary and discovered that rhetoric really has several definitions. They are:

Rhetoric as an HR skill

It is the fifth meaning that describes the use in most headlines. But it is the first and third definitions which I think are most important to HR, “the art or study of using language effectively and persuasively” and “the skill in using language effectively and persuasively.” According to Wikipedia rhetoric was included in the course of study for everyone that went to a university up through the 19th century. It was considered important for everyone to be able to speak publicly and to do so persuasively. I think it is time to reestablish this practice, especially for anyone studying human resources.

The ability to address a group of employees, or a group of managers and to do so with skill and persuasion should be considered core to the competencies of the human resources professional. Points are lost and minds go unchanged, if the speaker is a poor one. Think about it. How many times have you been at a conference to get some education and you walked away remembering only how poor the presenter was? If someone asks you for a referral on a speaker do you ever recommend someone by saying “She had great material, but poor delivery?” Nope. Of course at the same time we do not recommend someone by saying “the delivery was great, but the information was worthless.” There does have to be a balance.

Not taught much today

Since few academic programs teach “the art and study of speaking effectively” you have to get it on your own. Early on in my career I joined a Toastmasters group. It was a great experience and has served me well. I am not saying I am a great speaker, but I do usually get very good marks for my speaking ability. If you don’t really know about Toastmasters I recommend you check them out by clicking the link above. It will serve you well. It will be a great career move for you. The ability to speak well gets you noticed and promoted.

An additional note: Another group that could use this type of training is attorneys. I have seen some horrible presentations done by attorneys.

How do you stay sharp?

Does your employer see the value in investing in programs and trainings that utilize and test your public speaking skills?