The Unsolicited Resume to Executive Recruiters: What to Expect 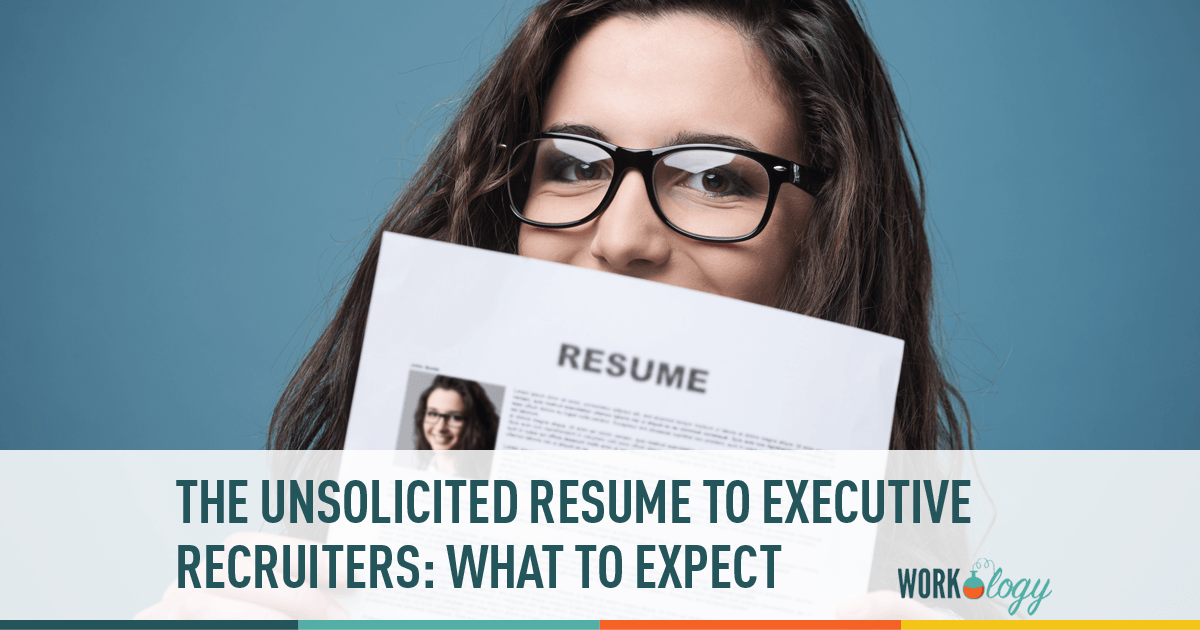 When I began my career in retained executive recruiting we had not yet entered the Information Age. The firm I worked for was a regional boutique with a solid reputation in its market. There were 12 people on staff. About a fourth of the office space was set aside for files, primarily files for resumes, and most of those were unsolicited. They had arrived over the transom and were not aimed at any particular search we were conducting. We had an administrative staff who would quickly review each resume long enough to determine if we had a search that might be a match. If so, the resume was given to an appropriate research associate who would make the final judgment. If there was a potential match he would initiate contact. If not, the resume was returned to our administrative staff to be filed under an appropriate heading. I don’t recall a time when the files were purged. They were, however, reviewed each time a search was initiated for which their job category might possibly be a match. The majority of the time the resumes were never seen again.

Move forward 14 years to another time when I was with a different search firm. This time it was a large multi-national outfit. We were well-entrenched in the Information Age. Not only did the national headquarters receive unsolicited resumes, but so, too, did each of the firm’s 40+ regional offices. Sometimes, the resume was sent to all of the offices. If received at a regional office it was usually addressed to a search consultant known to be in that office. We each received several hard copy resumes per day. My personal practice was to look them over, briefly, on occasion. I would usually spend a half hour and open them all. We did not file them, but I must admit that I kept a few in a personal file. More often than not, I was interested in seeing how people were representing themselves. If they had a cover letter, I looked it over. I was especially interested in resume formatting–what worked and what did not work. I have seen more styles of resumes than I could possible remember. Some stood out; most were indistinguishable. Of particular note were the resumes that came from outplacement firms. They looked basically the same and were always two pages.

Many job seekers began to send their resumes to our firm (and individuals) via email. This is now the standard practice. At the firm’s national headquarters they were filed in a large database for possible later retrieval. They were rarely reviewed by anyone. If they were sent to my email address I would look them over for a minute or so and read the ones that grabbed my attention. On a very rare occasion one would be an oblique fit to a search I was doing. On occasion, I would file a resume in a personal file on my computer–the ones I particularly liked.

I recall one occasion when I was having a tough time on a search for a senior operations leader for a large company. One of my colleagues had a habit of printing electronic resumes and filing them. I looked at a stack of about 250 resumes he had not yet filed and took the entire stack home one evening to sift through. To my pleasant surprise, I found five or six resumes of people I needed to contact. Two of those ultimately ended up on my short list “slate” of five candidates submitted to my client. I also had received some good referrals from them. Neither got the job, but they were excellent candidates. I never needed to take that approach again.

There are still books on the market that tell individuals in the job hunt to mass mail (or email) resumes to retained executive recruiters. This is extremely time-consuming and even expensive. From my point of view this is not the best use of your time. The best executive recruiters stay in business because they treat each search as a fresh project. They identify target companies and, with the aid, these days, of social networking, and good old fashion phone calling these individuals, build a growing list of potential candidates, many who refer other candidates. It is not unusual to have well over a hundred that must be reduced to three to five. From my experience the odds of an unsolicited resume making it to the short list are extremely rare.

Look for future articles from me in which I share strategies for working with executive recruiters.

Michael K. Burroughs has been recruiting and coaching executives for over two decades. His clients include the Fortune 500, early stage companies, health care systems and hospitals, nonprofit organizations and universities. He is a former organization development executive for divisions of three Fortune 500 companies and a retired Army colonel. Michael serves as a Global Practice Group Leader for a “top five” retained executive recruiting firm. He has recruited executives from CEO to director level in the US, Asia and Europe, and coaches senior executives in the Fortune 500. You can follow his career-oriented blog, Leading Edge Memo’s, at http://leadingedgememos.blogspot.com. You can reach Michael directly by accessing his website at http://www.michaelkburroughs.com.