How the Uberization of Manufacuring Impacts HR & the Economy 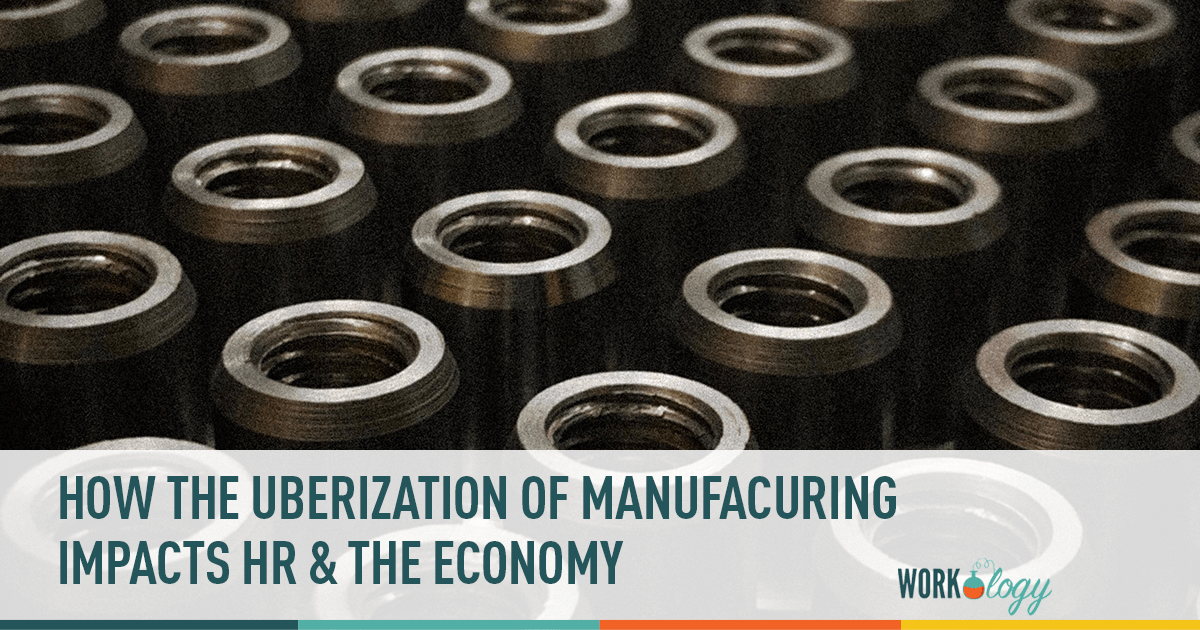 One of the frequent prognostications for the future is the change in the manufacturing model. Many people see manufacturing becoming additive; done more closely to the user and even done by workers in their homes through the use of 3D technology. Certainly the signs are pointing that way. One of the problems I see with this change is that resistance of government.

According to Bernard Meyerson of the World Economic Forum:

He further says “the idea of distributed manufacturing is to replace as much of the material supply chain as possible with digital information.” Rather than making products and sending them to customers, we send plans for making products to local hub producers, who then take those plans and produce product as needed for local customers. He says “Distributed manufacturing is expected to enable a more efficient use of resources, with less wasted capacity in centralized factories.”

Much of this distributed manufacturing is relying on smaller, even DIYer, type of operations for success. However, that labor model raises some issues, such as we are seeing with other “gig” economy models.

Sometimes the gig economy is called the “Uberization” of whatever is being referred to. So in this case we could potentially refer to distributed manufacturing as the “uberization” of manufacturing. Much like Uber, who professes to be a data company that distributes data about riders to willing drivers, distributed manufacturing could be viewed the same way. A company produces a plan for a product, has a customer for the product and what they do is find a producer for the product in the customers market. The worker has a 3D printer in his garage and is willing to produce what is needed.

This has a growing appeal to some companies. Unfortunately I think they would run into many of the same problems that Uber is running into.

The IRS, the US Department of Labor, state labor departments and tax agencies are not fans of the gig economy. We all know why the IRS wants workers to be employees, because it is easier to collect taxes from employers. State agencies feel the same way. Unions want workers to be employees because without employees their model does not exist at all and thus they have no dues to collect.

All of these agencies and groups evaluate how much control a company has over the worker producing or delivering their product or service. As we all know, that is how the distinction is made on whether someone is an independent contractor or not. So that is going to be the big hurdle as we move into this world of distributed manufacturing. It will present a lot of opportunities for workers to be independent, but some of them won’t like that independence and the government will certainly be resistant to it. In fact there is a current clamp down on the use of independent contractors.

In order to progress we will have to solve the definitions and approaches to this issue and other gig economy issues. Advances will have to be made in modifying the legal structure around the definition of “employee.” Talk about resistance to change!  That will have to occur under the auspices of a different generation than mine.