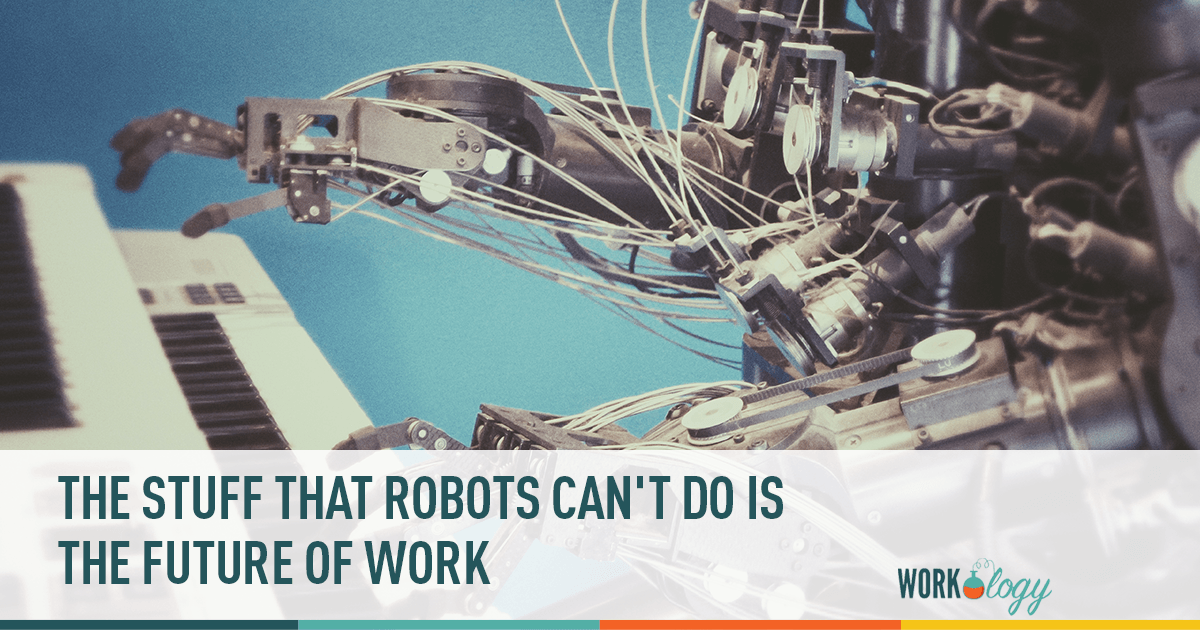 Gerd Leonhard is a very interesting futurist. I had the good fortune to come across an article of his called 2017: Goodbye To the Age of Replication, Welcome Back to Originality: Productivity… Is for Robots. Leonhard says that the future of human work is doing stuff that robots cannot do, which to Leonhard, means creating things.

Creativity As a Saving Grace

“The richly ironic fact is that the truly human skills (such as artisan and craft abilities) that preceded the industrial revolution will now be the only ones that will guarantee fruitful employment in future,” says Leonhard. Simple productivity, even difficult production, will become the realm of robot work. He says humans will need to create things. Some of these creations may become works of productivity that can then be recreated by robots, but robots cannot create them first. These may be works of art, works of engineering, or works of science.

Human beings will be reserved for untrodden paths where process and routine has never ventured. The model here is the entrepreneur and the artist – not the ‘professional’, the ‘expert’ or the ‘qualified’. Entrepreneurial crafts will replace today’s same old, same old jobs and roles, and we’ll see a tidal wave of professional extinction joining yesteryear’s telephonists, weavers, coopers and axe-head carvers.

Darlene Damm wrote a piece called Future of Work: What Skills Will Help Us Keep Pace? in which she says that while technical skills are important, it is the “human” skills that are going to be most important in the future. She says these skills “are the changemaking skills of empathy, innovation, new teamwork and new leadership.” But while all of these skills are important, empathy is the most important. “In our increasingly interconnected world, one’s actions have a bigger impact on others and can create tremendous positive or negative outcomes in record time.”

Automation Will Create Work Yet Unimagined

Futurist Kevin Kelly, the author of The Inevitable, says that “Each successful bit of automation generates new occupations—occupations we would not have fantasized about without the prompting of automation.” Eventually most of these jobs will be taken over by automation, but then new jobs will be spawned by new automation.

This makes the future of work for humans somewhat rosier that what many authors and other prognosticators may lead us to believe. But what is important is that we teach our children the skill of being creative. It does them no good to get a STEM education if they are then stuck in a job that is routine, to then be replaced by a robot or some other form of automation.