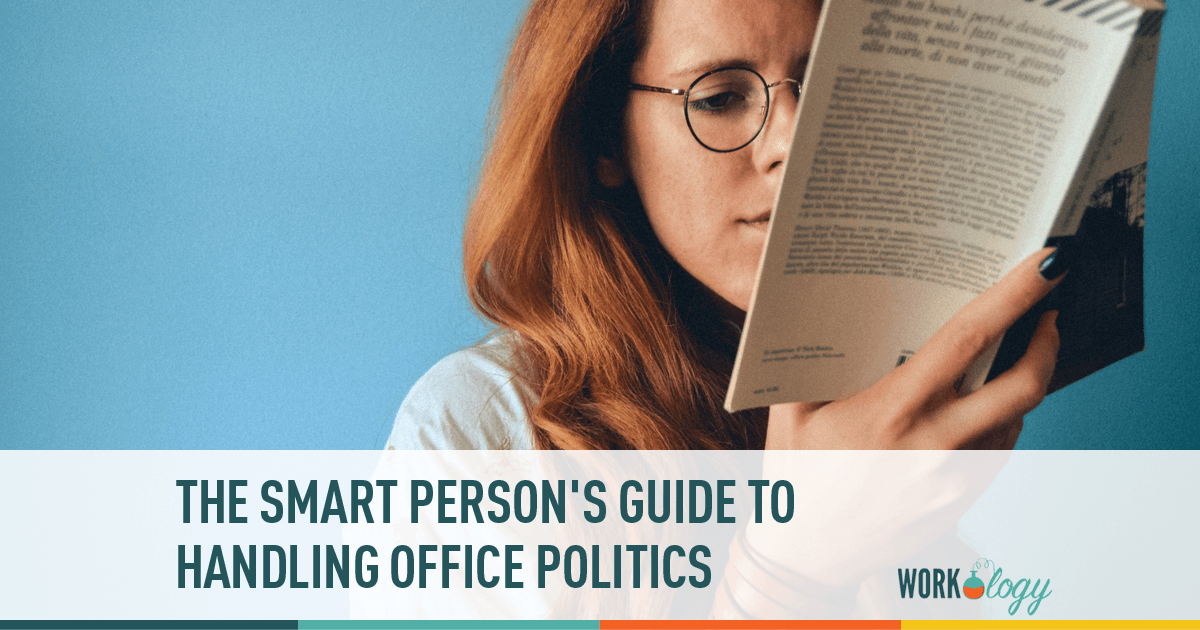 Each of us, at some point in our lives, has felt like an outsider.

Each of has watched in disbelief as our aspirations rode the rollercoaster of other people’s whims.

Each of us, I’m willing to bet, was hoping this phenomenon would magically dissipate after we graduated from university and entered the real world.

Yet here it is; still hanging on, years later, in our professional life.

You guessed it. We’re talking about office politics.

And, I suspect, your view on the topic is about to change, starting with a blunt reminder.

Freud compared us to a group of hedgehogs during the winter.

We need to huddle close together so we don’t freeze to death. But if we get too close, we’ll sting each other with our prickly spines.

Since its onset, corporate life has served as one big social experiment. Put a bunch of humans together in a controlled environment and watch the sparks fly.

Jennifer Romolini, author of Weird in a World That’s Not, writes that…

Even under the best of circumstances, colleagues are a weird social construct. They’re people you’re forced to be around for longer periods than anyone else in your life, and because of this many become friends, almost family, by proximity. Over time, though, just as you did in school, you will eventually find the people who are ‘your’ people at work.

Back in the 1970’s, when the term was born, office politics clearly referred to a corporate environment in which everyone showed up every day for a shared experience.

It was the social/work norm of the time.

But today, the landscape is notably distinct:

So, if the traditional office is all but dead, is the term “office politics” still relevant? Is it comprehensive enough for 21st-century work?

Maybe what we’re really talking about is the health of your company’s values, goals and culture.

And if so, maybe the real question becomes:

Jay Parikh, Facebook’s global head of engineering, explains how Facebook has grappled with this concept:

When personal motivations trump company goals, it can hinder a company’s ability to get things done. Since our earliest days at Facebook, we’ve been mindful about not letting office maneuvering poison work life. We’d seen the negative effects that certain kinds of political behaviour can have when they creep into office life, and we wanted to make sure we didn’t let them creep into ours.

Remember the hedgehog analogy. So when you hire, beyond talent and skills, do a values check.

Ask your candidates what kind of an environment they flourish in.

At Facebook, they look for candidates whose values descend in this order: Company, team and self.

Also, to remove unconscious bias and peer pressure, everyone who is part of an interview process logs their feedback confidentially. No one knows what anyone else thinks until the end of the process.

For new managers at Facebook, the role is a lateral move.

Yes, they’re considered leaders. But the emphasis is on teamwork and team building versus the power of the manager.

For individual contributors, leaders should seek out projects to promote growth and expansion into new areas of expertise.

When a company’s goals, culture and values are clearly communicated, people know what to expect.

If the lines are blurry, you may experience employees who are unwilling to directly share feedback and instead leapfrog up a level.

At Facebook, they make it known that their environment is retaliation-free. This encourages speaking up and asking the hard questions at the right time, of the right people.

According to Parikh “people are resentful when they don’t know why decisions were made.”

So in addition to levelling the playing field in recruiting, they’ve done the same with performance.

Instead of the traditional annual review, they conduct a bi-annual 360 feedback session that draws insights from colleagues across the company.

This ensures the performance evaluation process is open and honest, versus tainted by one manager’s view.

Okay, so you don’t work at Facebook. But chances are, you’re part of a major corporation. Perhaps your culture is a tad bit adverse to risk and politics play a role in this dynamic.

If this is your reality, creating a culture of innovation is paramount to eliminating toxic politics. Whether you’re a leader by title or by nature, make it your mission to lead by example.

Patrick Daniel, co-founder of the Future Society, writes that traditional company culture and career tracks encourage office politics. His solution? Flatten the hierarchy, your staffing philosophy and the hiring process.

I know, I know. Not so simple to achieve.

But if you think your company has nothing in common with Facebook, consider this.

While Facebook was once a tech startup, today they have 20k+ employees in 30+ countries.

Maybe This Hits Closer to Home

Organisational behaviour expert Michael Jarrett claims there are four types of political landscapes inside every company, each with its light and dark sides:

While it’s easy to see how these terrains play out in most companies, what might not be so clear is how you—as an individual—maneuver your way through them.

After so much psychological intricacy, let’s end with something you can control.

Your Top 5 Career Goals and Priorities

Now write down the five things you’ve spent the most time on, and stressed out about, the most during the last six months.

Do They Match Up?

If not, you may be lost in the woods, stuck in the weeds, wrapped in a bureaucratic hand roll, or crashed out on the rocks.

Meaning, you’re pursuing someone else’s goals besides your own.

Within the framework of your cultural and political landscape, it could be time to decide where you want to fit in.

And yes, to identify who can help you get there.

To some, it might still sound like “office politics.” But it’s really a lesson in knowing—and sticking to—your values.

Plato wrote that “one of the penalties for refusing to participate in politics is that you end up being governed by your inferiors.”

Don’t let it happen to you.