The Secret Law of Business Attraction 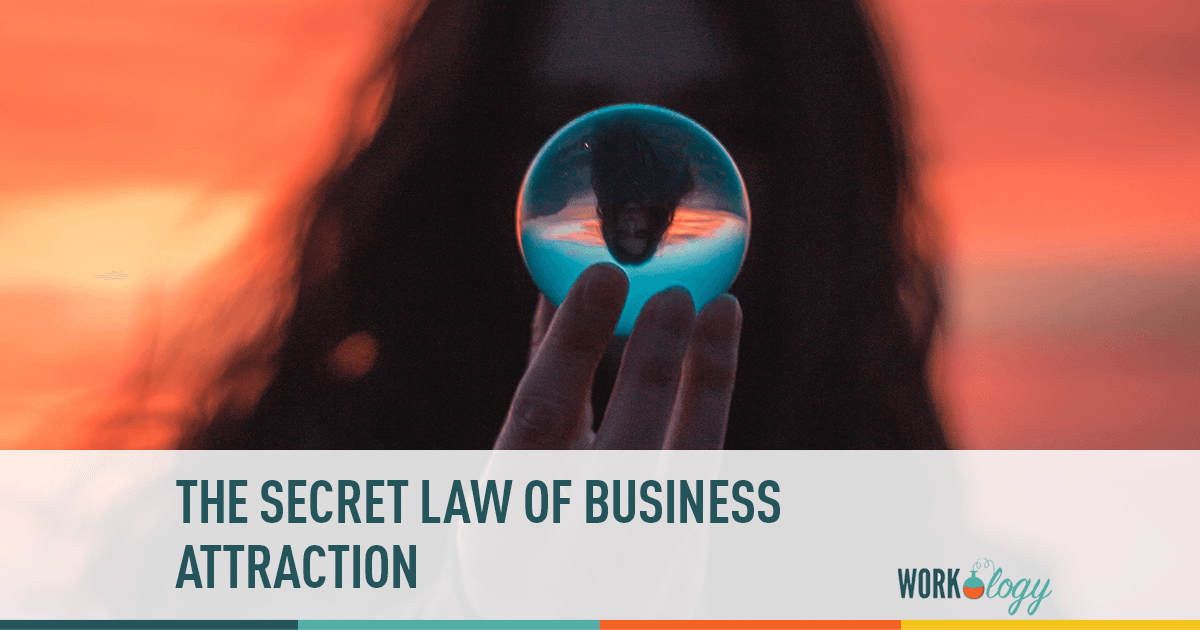 I’ve come to the conclusion that most of life is just like dating–the job search, climbing the corporate ladder, or working as a consultant. Generally speaking in life everyone is out to make a connection, a sale, more money, or their soul mate. The law of attraction is widely accepted and thought of in a romantic context.Â  And since most business relationships require a form of emotion, attraction, or connection between two people–a buyer and a seller.Â  I call this “the Law of Business Attraction.”
The Law of Attraction became widely popular after the release of The Secret, a 2006 film by Australian television writer and producer Rhonda Byrne.Â  Byrne followed up the film with a bestselling book of the same title and appeared on a series of talk shows in 2007.Â  The law of attraction refers to an idea that thoughts influence chance.Â  Most of us have had a chance encounter after missing their flight or someone stiffing you for dinner.Â  Simply stated the law of attraction says thatÂ  if you want someone bad enough, things just happen to go your way.

The Secret Law of Business Attraction

And unlike The Secret’s three step process–Ask, Believe, and Receive I have found that in The Law of Business Attraction there are four stages:

In business, this chance encounter goes from connection to transaction and often very quickly.Â  The seller offers a product or service (consulting, expertise, software) while the buyer is in need of a certain product or service to improve or grow their business.Â  Outside of the motivation or belief that something will happen, the transaction begins with a connection, a passing glance, confidence, and a well-rehearsed business pitch.