The Right Way to do an Exit Interview 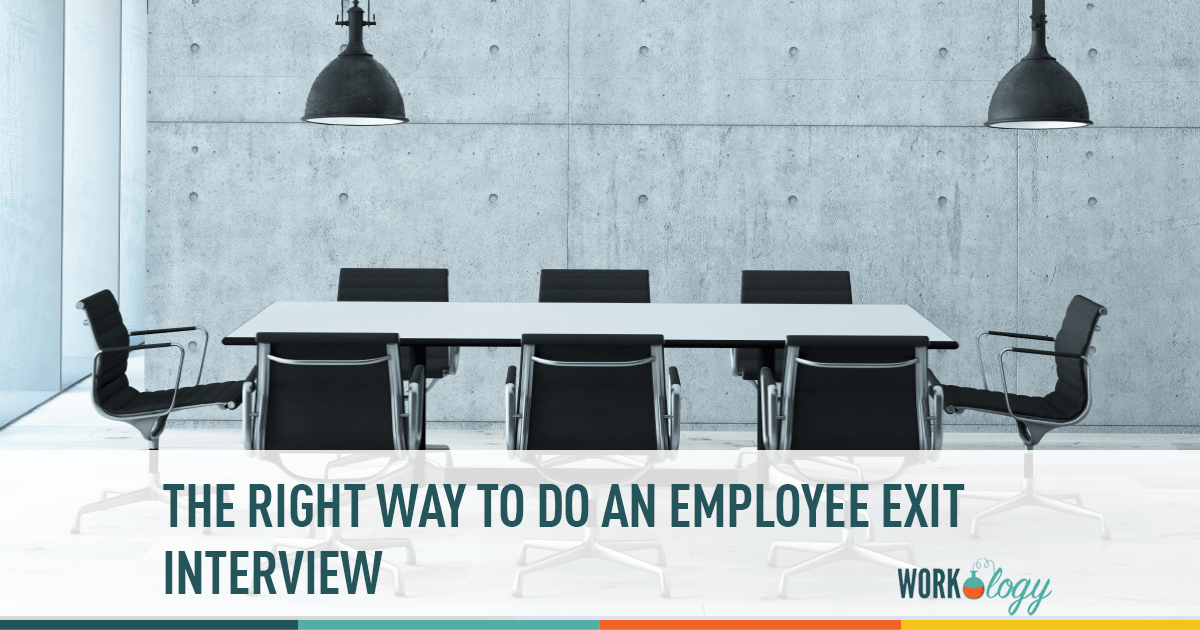 About a year ago I was talking to an individual who was contemplating leaving an organization.  This person had been with the organization for twenty years and was highly respected by his peers and management.  For identity purposes, I will call this person John.  Recently, John had received recognition from the CEO of the organization and was thought to be by many the heir to take on the next senior leadership role.

What the company didn’t know about John is that he was miserable.  Every day he woke up and went to work and put a smile on his face and made people feel great about themselves, but in the meantime, he quietly became more and more disgruntled with his job.  He internally questioned the decision making of senior management and felt that his voice was not being heard anymore.

No one knew.  After twenty years many believed John to be a lifelong employee of his company.  Many people who I have spoken to over the years feel very much like John, but they don’t do anything about it because they are comfortable with their situation and change scares them.

John was not at the point of no return, but was close to having his “divorce” with the organization.  He asked me what should he do.  He felt like if he left or if he stayed, he owed that to the company after 20 years.   If he spoke to his boss, this may not change his mind to leave the company.  What should he do?

I told John, I agreed with him 100%.  I told him if I were in his situation, speaking to his supervisor would at least bring closure.  Something would be done or it would not.

Why Exit Interviews Are Important for Employers

So, he did it.  He went to his supervisor and said everything that was on his mind.  He told him his frustrations and he told him what he thought could be done better.  To his surprise, the boss listened to everything he said intently.  There were many thoughts and ideas that occurred in this 3-hour meeting.  John was not a complainer, but he saw a real gap and he had some terrific ideas of how to fix the situation.

Well, that was it.  The divorce finally happened and John resigned from the company.  It wasn’t a bad resignation, but a resignation that was mutual.  John wanted something that the organization couldn’t give.

John went to go work for another organization.  He loves his job.  He feels like he could retire with his next company.

The other organization, while unable to make the changes immediately took John’s advice to heart.  They are actively implementing changes and it looks like many of the things John felt frustrations about are being addressed.

The company learned, and John did the right thing by telling them areas the company needed improvement.  The CEO and John remain close today and the door is always open for him to return to the organization.  Will he?  Probably not, but it was the RIGHT way to exit an organization.

Personally, I think they both won.  You?