The Right to Be Forgotten 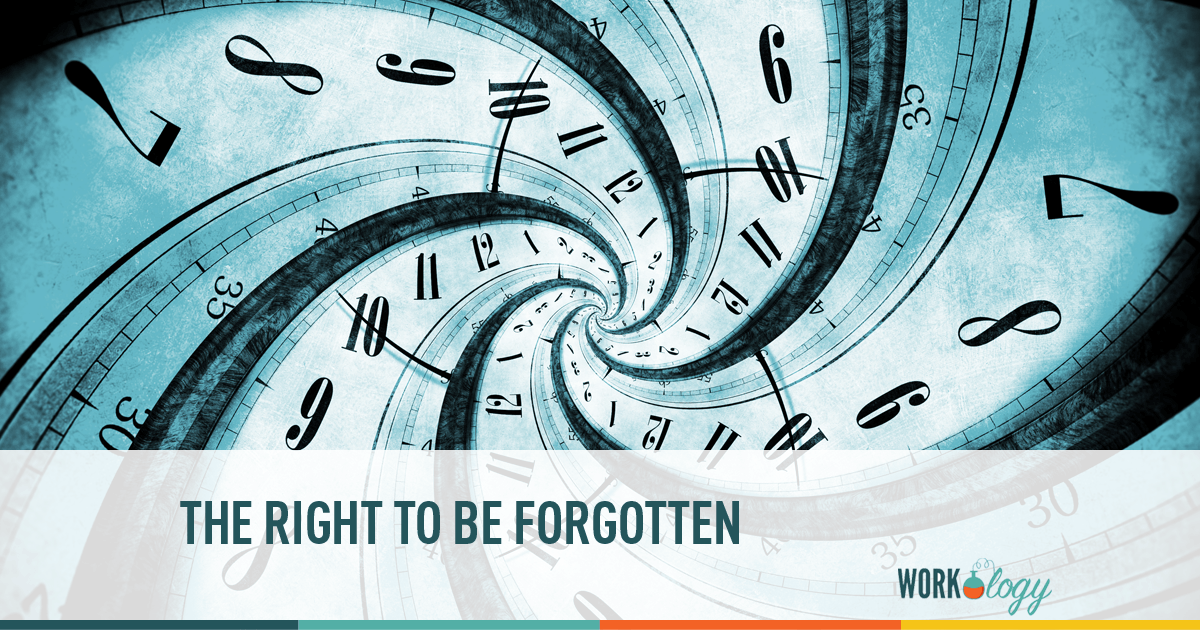 Ever wished that your late night drunken tweet didn’t get tweeted or that video of you doing unmentionables vanished into thin air?  Yep, it’s the curse of the Internet.  A year ago, I was out with some good friends in Las Vegas.  I drank too much and had a great time at a dueling piano bar.   I woke up early the next morning to be interviewed by a reporter at 6:00 AM PST to find a semi-scandalous tweet I posted from the night before.

Hasty Tweets & How to Delete Them

I did what any person would do.  I blamed the tweet on someone else.  Clearly someone had stolen my phone and tweeted because that tweet couldn’t have come from me.  Except that it did.  I quickly deleted the tweet but knew that somewhere and somehow that tweet was still out there.  Indexed by the friendly search engines forever held hostage from me for the public to see even if I didn’t want it to be.  I wanted it forgotten so I could pretend like it never ever happened.

In the United States, that is the breaks when it comes to online privacy and laws.  We post and that image, message, or video becomes public domain.  It’s called free speech.  We have no right for it to be forgotten or removed from the Internet.  It’s like the gossip that won’t stop and factor in the hard evidence that can’t be removed forever.

In 2008, 27 year old Jon Favreau posted a seemingly innocent photo on Facebook of him with a friend who was holding a beer and kissing a cardboard cutout of Hilary Clinton.   Favreau’s hand was also casually cupping the cardboard cutouts breast.  Now, we’ve all seen our share of these types of photos on our timeline from friends, colleagues, and acquaintances, but what if I told you that Favreau was the now President Obama’s lead speed writer, and that the photo (see to the right) was posted during his the presidential election.

The photo which stayed posted on Facebook for two hours was one of those right to be forgotten moments.  Favreau’s post resulted in a media circus, and frankly I’m surprised he kept his job.

Introducing the Right to be Forgotten

The future offers legal recourse for situations like Favreau’s.  The future offers the right to be forgotten.  Messages, videos, and photographs deleted, erased, and removed from the Internet.  Imagine if your electronic footprint and online personal brand was no more and completely and voluntarily by choice.  A recent case demonstrates this fact from the European Union involving Argentinean pop star Virgina DaCunha.  DeCaunha posed for some racy pictures which made their way to the Internet and sued Google, Yahoo, and other search engines asking for those photos to be removed.  A judge, however, agreed and ordered that all sites with racy pictures that included her name be removed.  Yahoo’s Argentina search engine now yields no image results when someone search her name complete with a legal notice.  This is the right to be forgotten.

From an HR and employment law perspective this is troubling news.  As someone has worked hard to build and craft my own personal brand, this privacy option could have its place.  For companies who choose to use social media, google and the Internet as part of their background check processes, this Internet privacy protection precedent provides an entirely new can of worms to follow, and spells money and trouble for websites like Facebook, Twitter, Google, and Yahoo.  If employees and job seekers can completely remove all traces of them from the Internet, what types of legal hot waters can companies who employ social media background checks and even those who use social recruiting get themselves into?