The Pitfalls of Productivity by the Numbers 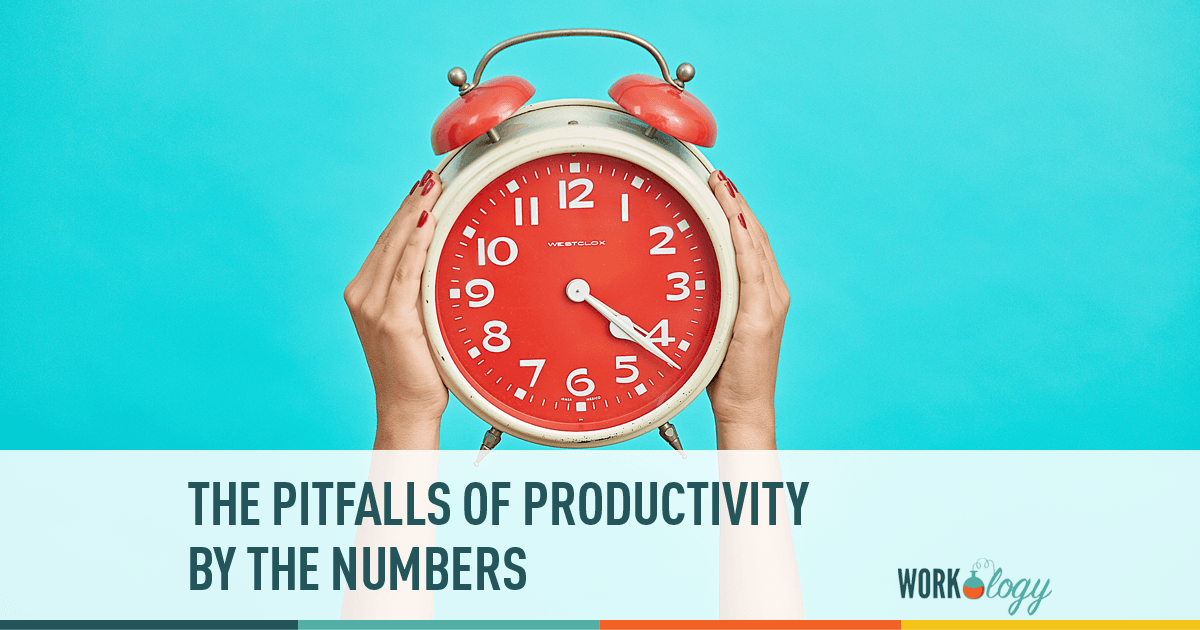 Businesses are constantly looking for ways to measure productivity in order to reduce costs and increase efficiency. The challenge is finding methods that accurately reflect how a business is doing. Sometimes business owners and executives want to see numbers that show everything from transactions per hour to customer satisfaction. As a result supervisors run the risk of relying too heavily on the numbers without really understanding how that translates into improved employee performance. Numbers can be good, but in today’s blog post we will look at some of the pitfalls of relying too heavily on such productivity measures.

One of my early jobs was working as a courtesy clerk at a major grocery store chain. Cashier performance was measured based on the speed they rang up orders. Any time spent not ringing up items brought that number down, and, in effect, counted against them. This led many cashiers to log out between transactions, even if it meant saving no more than 20 seconds. It almost became a game for some cashiers as they tried to shave off seconds of downtime throughout their shifts.

I recently went shopping at another store in the same chain I had worked at years ago, and I noticed cashiers were logging out between transactions. I looked around the store and saw lines that were five or six people deep and wondered if placing that much emphasis on such numbers was really an effective way to improve the customer experience, especially given that the numbers did not accurately reflect downtime at the checkstands. Lines did not seem to be moving any quicker in the years since I had worked for the chain, so was this really working?

While logging in and out frequently makes for great numbers that impress executives at the corporate office, it seems to create cashiers whose top priority is productivity stats rather than giving the best customer service. Sure, cashiers in such situations can still give great service, but it often becomes second to pulling high numbers. Speed of checkout is important, but should it be the driving factor?

The last company I worked at was a small grocery chain in Northern California. Cashier performance was not measured in checkstand statistics. Instead, we relied heavily on customer feedback, secret shopper reports and sales. The philosophy was that increased sales reflected improved customer service, and employees saw the benefits of increased sales in their quarterly gainsharing checks.

I noticed that cashiers at the store tended to be happier, and customer satisfaction was their top priority. It was not just about pulling high numbers, but it was about creating positive interactions with each person that came through the line. When I talked to cashiers who had worked at stores where checkstand numbers were the top performance measure, my observations were confirmed. In systems that relied too heavily on numbers, cashiers explained that they often felt managers saw them as a statistic and not as a person.

When I did HR at a distribution center, supervisors measured productivity by lines pulled per hour. Much like the feedback I heard from cashiers working in numbers-driven environments, employees complained that they felt like supervisors only cared about high numbers.

As a result of this system, we also discovered that many employees were engaging in unsafe practices to cheat the system. Instead of grabbing a stepladder to pull items on a high shelf, they would climb up shelves to get at high items. They did not want to lose time by grabbing a ladder. We started seeing an increase in people getting injured in falls from such actions or even by falling boxes bumping their heads.

When measuring productivity by the numbers, it is crucial to design goals that take safe working speeds into consideration. Given the cost and lost time caused by workplace injuries, it is important to remember that working safely is much more important than working quickly.

So, is there a place for numbers? I think there is. When we are talking about grocery store cashiers, warehouse workers and other similar jobs, speed is important. But it is also important to make sure that people are working hard because they want to do a good job and not just to increase a number. Relying too much on the numbers as a motivating factor can compromise the customer experience, employee satisfaction and safety.

What methods do you use to measure productivity in the workplace? How do you find ways to balance getting the numbers and positively motivating employees?.