The NLRB is Changing the HR Game in April 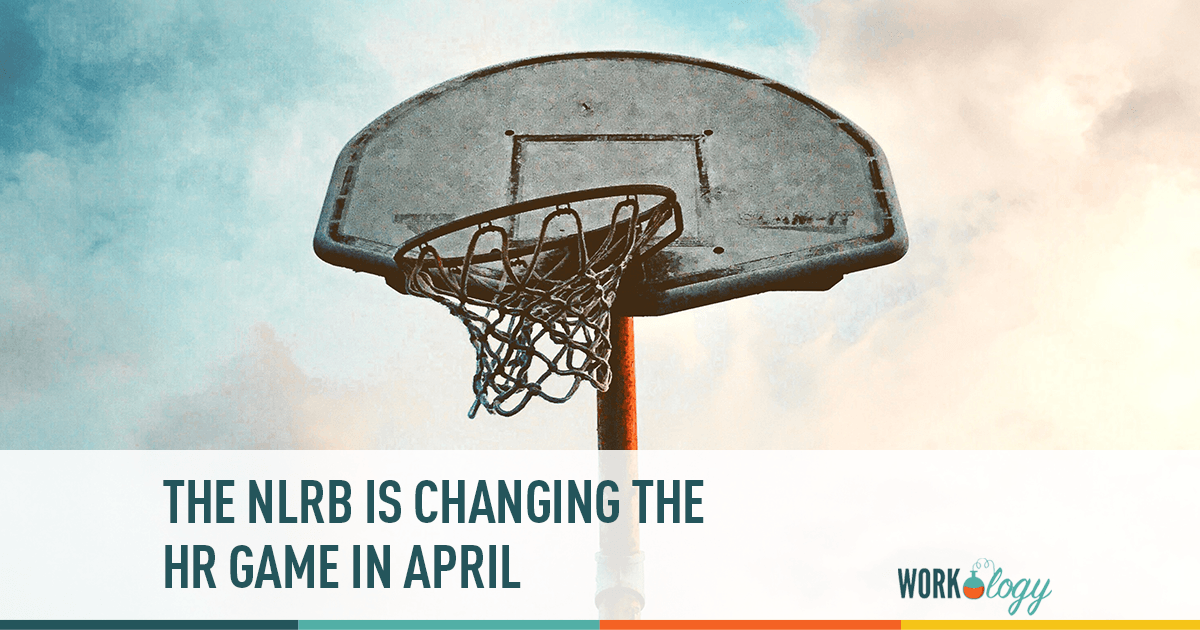 The National Labor Relations Board is changing the way they administer labor union certification elections. This is going to have a huge impact on HR by greatly increasing the odds that you will experience a union election in the next 12 months.  On April 14,  the  National Labor Relations Board’s Final Rule governing representation-case procedures go into effect, often referred to as “the new NLRB Ambush Election Rules”.

If your organization is worried at all about remaining union-free, then many HR pros will suddenly be very busy developing revising response plans. According to newly published data from the Labor Relations Institute, the union win rate for short elections conducted from 2004-2014 was almost 30 percent higher than those run under the normal target range of 36-42 days. No wonder unions pushed so hard for the rule changes!

Labor unions are backing efforts like the Fight for 15 campaign aimed at organizing restaurants and other aimed home health care workers, adjunct faculty and many others. These efforts are receiving a lot of support from unions like the Service Employees International Union, which is providing finance and support to the groups. And they are getting an even bigger boost from the National Labor Relations Board.

Labor Unions Get Big Assist from the NLRB

Here are some of the recent Board actions that work in conjunction with the ambush election rule to effectively create an agency version of the old  Employee Free Choice Act.

“Quickie elections” –  rules are being implemented on April 14th, one day before the latest protests in the Fast Food campaign.  These new election rules are designed to shorten the time it takes to hold elections, making it easier for unions to organize employees and win representation elections. This should be very concerning to those experiencing Fight for 15 actions, as it is not a big stretch to imagine that some employers may see filings for elections on April 15th demonstrating at least symbolic progress for the strikers.

Joint employer – the Board is reviewing 13 complaints involving 78 charges against McDonald’sUSA, LLC, McDonald’s USA franchisees, and/or McDonald’s franchisees and their franchisor, McDonald’s USA, LLC as joint employers. The concern here is that under the NLRB ruling, corporate entities are now jointly liable for employment matters along with franchise owners. This ruling, combined with corporate campaign tactics seeking to damage a brand are part of a strategy seeking to get companies to agree to so-called “neutrality agreements”, which allows the union access to your employees for organizing without any interference.

Handbooks, Overbroad Confidentiality Policies – illegal to prohibit discussion of wages, many other types of confidential info. NLRB is looking for these kinds of violations, which many franchises make due to lack of training on labor matters.

Micro-unions – in which a small group of employees inside tour business are allowed to form a union without including all employees. Imagine the counter clerks having a union, while the kitchen staff doesn’t.

You Need a Response Plan

Here are some things you can do to get started in preparing a labor relations response plan.