The Humans Behind the Curtain of AI 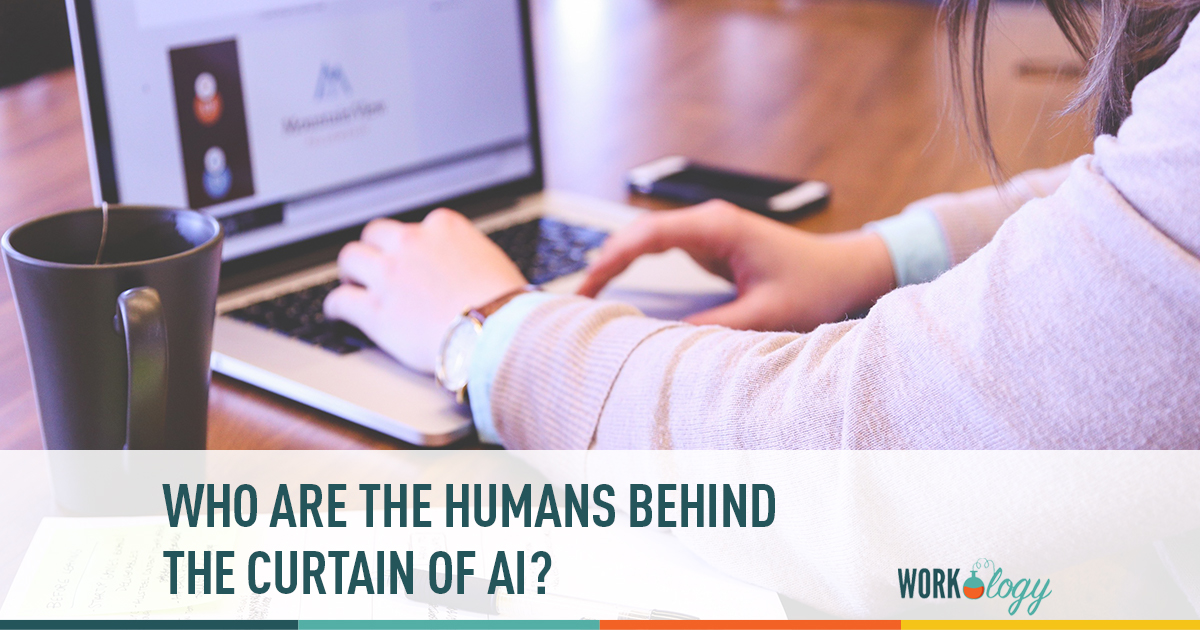 Most of us are familiar with the story of the Wizard of Oz. It is the story of a great and powerful wizard who saves a city, and provides hope to a girl and her companions. They were awed by the wizard until they find out (spoiler alert) that he is nothing but an carnival magician who operates some machinery from behind a curtain. We are in just that stage with AI, or artificial intelligence. We are awed by the algorithms, only to find out that there are actual humans performing much of that work.

What Is Behind the Curtain?

In an article in the Harvard Business Review, writers Mary L. Gray and Siddharth Suri state that “companies selling the magical speed, omnipotence, and neutrality of artificial intelligence (AI) often can’t make good on their promises without keeping people in the loop, often working invisibly in the background.” They continue:

“Whether it is Facebook’s trending topics; Amazon’s delivery of Prime orders via Alexa; or the many instant responses of bots we now receive in response to consumer activity or complaint, tasks advertised as AI-driven involve humans, working at computer screens, paid to respond to queries and requests sent to them through application programming interfaces (APIs) of crowdwork systems.”

These humans are housewives in India sitting at their computers or editorial boards at Facebook deciding what is trending there is a façade of technology that many people don’t realize. We “ooh” and “ah” at Alexa’s ability to answer questions without really knowing that humans produced that answer. They authors say “This blend of AI and humans, who follow through when the AI falls short, isn’t going away anytime soon.”

The Paradox of Automation’s Last Mile

The paradox of automation’s last mile is that it keeps destroying and having to create new jobs to cover when AI falls short. According to Gray and Suri:

“By 2033, economists predict that tech innovation could convert 30% of today’s full-time occupations into augmented services completed “on demand” through a mix of automation and human labor. In short, AI will eliminate some work as it opens up opportunities for redefining what work humans do best. These AI-assisted augmented services, delivered by people quietly working in concert with bots, are poised to enhance our daily productivity but they also introduce new social challenges.”

The authors say that we need to really think about the humans in the AI loop. Spread across the globe, performing contract work often for minimum pay, they are the ones that are determining what you may or may not find out when you ask a question. There is an old saying about computers that applies to AI as well; “Garbage in, garbage out.” The authors say they need training and better pay. They call for accountability in how workers are treated. We need to know who is producing out information as much as we need to know what goes into our food.

There is much more to this discussion and I encourage you to read The Humans Working Behind the AI Curtain.