The Future of Wearable Tech in the HR Department 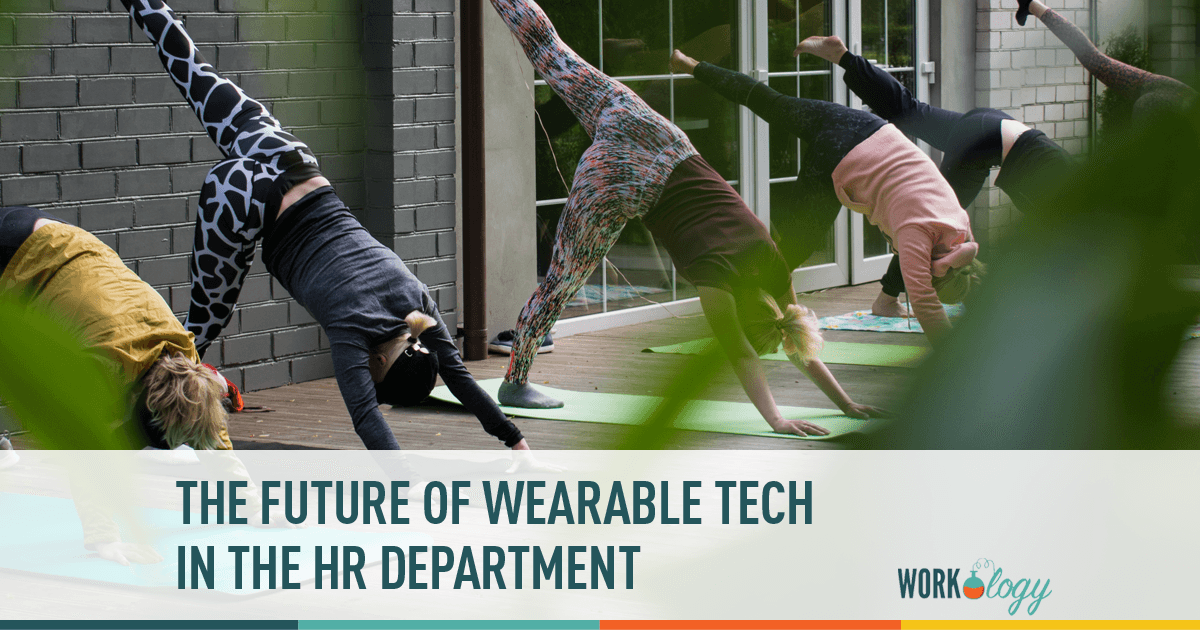 A recent article in Forbes Magazine has said that the consensus is “that the wearable industry will see a boom in popularity in the next five years.” Another article in UBREAKIFIX said, “It’s clear that wearable technology is here to stay.” Wearables encompass a wide range of devices today. Glasses, watches, sports devices, patches, clothing and even implants are becoming more common place.  They can come as necklaces that your aging parent can wear to alert someone that they are having an emergency. You have all seen those commercials. There is even a device called a Smartstone that translates gestures and motion to speech.

I have written numerous times on the use of wearables in the HR department. From the use of FitBits to track employee activity, to the use of Google Glass by managers and HR as a management tool, I think the future of wearables as a tool for HR has a long future. Assuming HR can get over its technophobia.

One such possible use I can see is having a wearable device that measures employee “mood” to show whether people are working at their most productive level. We are already moving in that direction with “pulse” surveys. A pulse survey is an employee attitude survey done on a much more frequent basis than current surveys are done. Right now, we do attitude or engagement surveys annually. Depending on the timing of the survey, you may catch your employees at a bad time of the year and the measure of attitude may be imperfect. Pulse surveys are done more frequently, perhaps once a quarter, once a month or even once a week. The survey is one or two questions to allow basically you to “take the temperature” of your employee group.

What if you had a device to do this?

What if you had a device that allowed you to measure attitude on a continual, ongoing basis? This device, in essence, could be an employee “mood ring” that would give you an ongoing record of people’s up and downs during the workday. You could chart attitude levels to determine when people are most productive or when they are flagging in their efforts. You would have real time data to allow you to manage work flow and work assignments in order to maximize the use of employees’ peak times of productivity.

I am not saying such a device yet exists but given the plethora of wearables being produced and the increasing acceptance of wearing such devices I can easily imagine such a device being created in the near term. With it built into some other device that employees have to wear while at work, it would not be obvious.

We will have to see if this comes to pass.