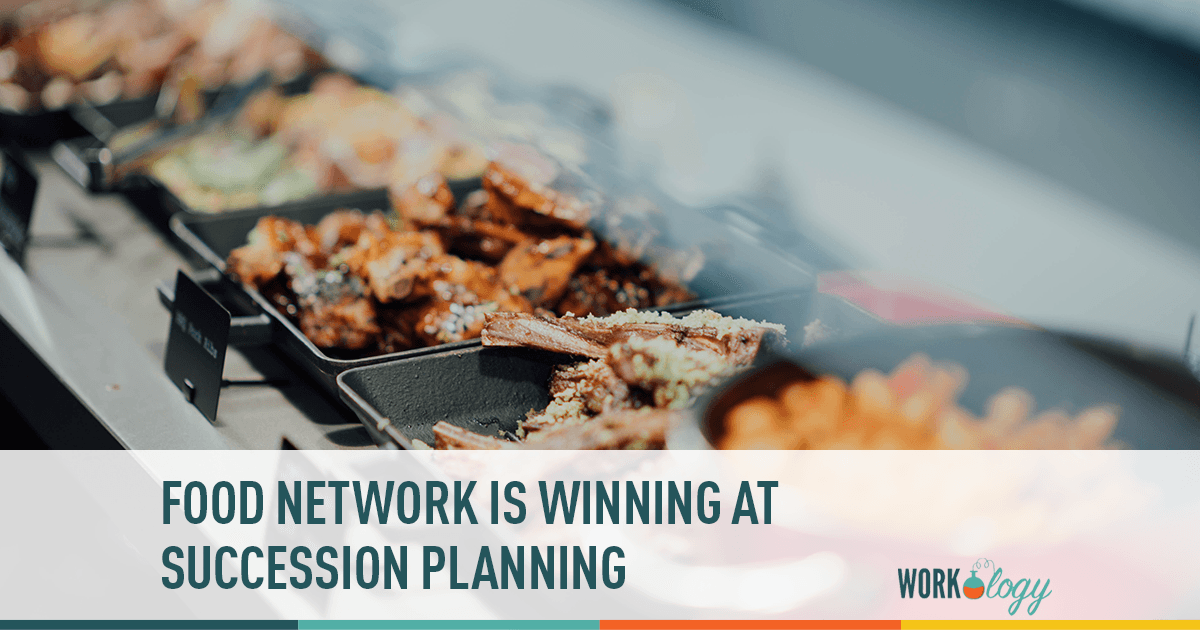 Who would have thought that basics of succession planning could be found while watching the Food Network?

I am an avid Food Network fan, spending many hours watching my favorite chefs create exciting new food dishes. Recently, while watching the Food Network, I saw a commercial for The Next Iron Chef reality show and I thought Wow, they are really planning ahead. The season for The Next Food Network Star had just concluded and several other Next Star shows were being advertised.

In a moment of human resources clarity it occurred to me that all of the Next Star shows are simply succession plans in action. The organization, in this case the network, realizes that through simple attrition they will lose some of the current stars and therefore there is a need to groom replacements so the organization will continue to be successful.

The Food Network is ensuring that key roles are filled within the organization by recruiting new stars and developing their star power before current leaders (stars) leave. They invite the best and brightest in their field to come and join their organization. In doing so, not only do they find an immediate star they also building the reserves. Having watched Food Network for years I can look at the current stars and remember when they were a part of the Next Star shows or when they were a sous chef in the background for one of the current stars.

So I ask, as a leader in your organization, are you planning for the future? Are you looking for your next Star? Are you recruiting in a way that draws the best and brightest talent in your field to your organization? While you may not have the bright lights and cameras of the Food Network there are ways for you reach your best and brightest candidates and bring them aboard BEFORE you lose your current talent.

To take this a step further, have you looked at your current talent pool to see who can be developed and groomed to fill top leadership spots? Succession planning isn’t just about bringing in new talent, it is also about developing your current investments: your employees.

Take a moment to look at the leadership base in your organization. Whose knowledge is essential to the continued success of the company? Do you have a plan to retain that knowledge? Have you started the cross-training of other employees so that there is little or no loss of information when this key individual wins the lottery and calls in rich?

Succession planning is being proactive rather than reactive. It’s looking at the future and developing a plan, grooming future leaders to fill key positions and recruiting to fill anticipated vacancies. I challenge you to take a little time to develop a solid succession plan and develop your organization’s future stars.

Cynthia Simmons is a 10 year HR professional with a passion for the field. She has worked in a variety of industries including long-term care, retail and currently is serving as Interim Director of Human Resources for a prominent non-profit social service agency. She enjoys social networking and is the proud parent of two fabulous teenagers.  You can connect with Cynthia via email at csimmons@fcsok.org.