The Domestic Man. Are They Pulling Their Weight? 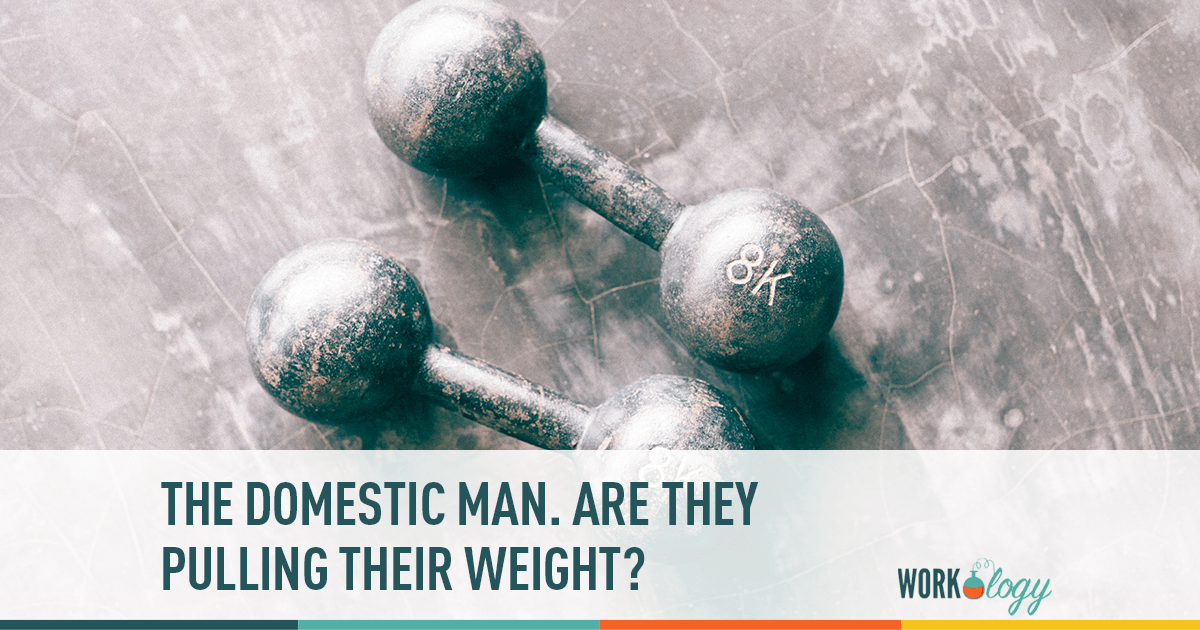 As a mother, I struggle like most with balancing my responsibilities as a mom and business professional.  As an entrepreneur, I work to juggle my travel and consulting schedule as well as my husband’s with the demands of being a mother and executing the day to day household tasks.

Having my daughter nearly 3 years ago, changed my world for the better, but it also opened up my eyes to the domestic debate between husband and wife.  After maternity leave, my husband took the role of stay at home dad for nearly 10 months.  The economy collapsed and Greg’s long-term contract ended.  He took on several short consulting projects but for nearly a year he served as primary care giver while I balanced writing a book, being a new breastfeeding mother, and serving as the primary bacon bringer-homer for our family.

The Domestic Man. Are They Pulling Their Weight?

Our household has always been unconventional and non-traditional with my husband most times more than willing to pitch in with household chores.  The tension and stress soared those 10 months as I struggled to balance all three.  My mom stayed at home with me and my two sisters until I was in high school.  My husband’s mom worked part time but the children and household chores were always her primary responsibility.  We both had no clear role models to model our behavior after.

In the book, The Second Shift which was published in 1989, discussed the rise of women’s entry into the workforce and the household turmoil that ensued.  Career woman struggled with their new job and time restrictions, working more paid and unpaid hours working than men.  But new data tells a much different story.

The role of the traditional father has made a cultural shift.  Men, like my husband are scrubbing toilets, folding laundry, and more involved with their children.  In fact, men and women now spend nearly equal amounts of time with paid work and their domestic chores.  And men like women are struggling with work/life balance.  New data says 68% of men have experienced conflicts between their responsibilities as a parent and work.

I began to wonder, are men struggling the same way balancing their life and work like their female counter parts are?  Are they ridden with guilt when they leave their crying child at daycare for the first time?  And most importantly, have they ever woken up late at night wondering if they put the clothes in the dryer?

I likely think not, but then again I’m not a guy.  And yet, I woke up late last night wondering about the new role of the domestic man as I dragged my sleepy butt up to check the dishwasher.  Did I remember to turn that dishwasher on?  And are they (men) really pulling their weight?  The facts say yes, but I want to know what men and women really think.