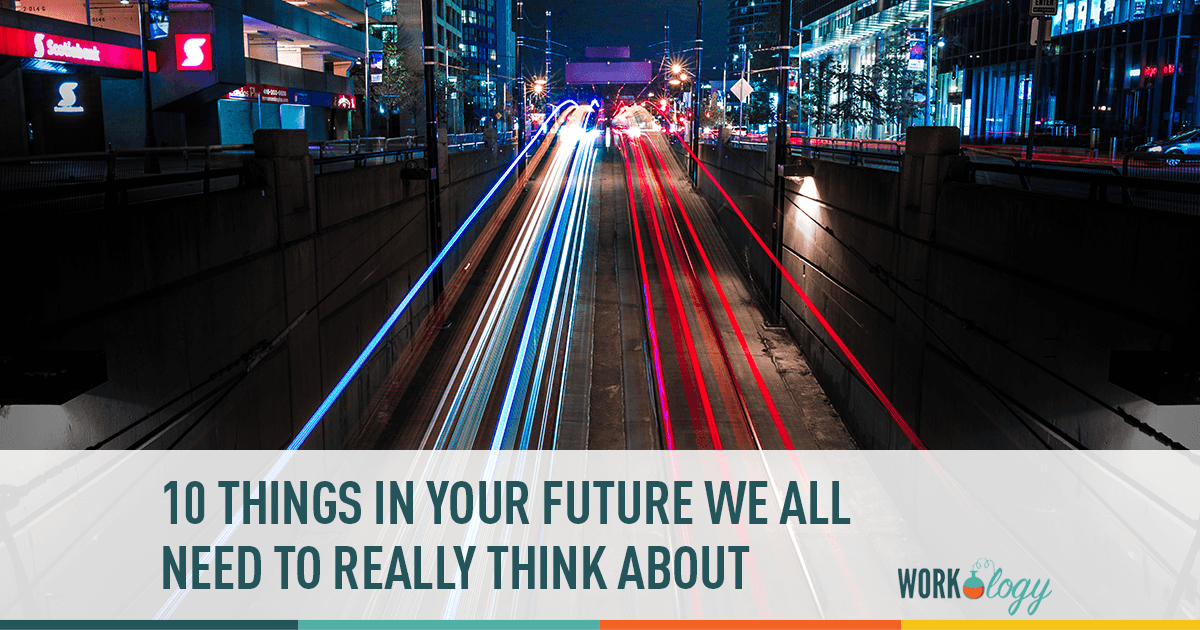 This post is not specifically about HR. It is about things that could be of concern to you in your future as an HR professional.

What a futurist thinks

Futurist Jack Uldrich gave the keynote address to a group of people at a meeting of the Emerson Exchange. Uldrich said everyone, in every line of business needs to stop and think about 10 technology areas that will have a major impact on most aspects of business. He said these technologies are not changing linearly; they are changing at an exponential rate. This skyrocketing effect is going to put technologies easily in the window of our lifetimes. As a result he says these technologies require each of us to spend some time on a weekly basis thinking about how our industry, our company, our employees and our personal jobs might be affected. As he says “Step away from the daily grind to read, think, reflect., because your world is constantly changing. If you don’t pick up on these subtle changes, you’re locked up.”

Here are the changing technologies to consider:

# 1 Wearable technology- I and others here at Blogging 4 Jobs have written about the HR applications for wearable technology. Wearables such as Google Glass and the multiple other options that are being introduced will make a great number of jobs more productive. I have talked about it in terms of access to employee records, but it also has other uses such as for technicians working on equipment. Just try to imagine how all your workers might make use of wearables.

# 2 3D Printing– At one point 3D printers were very expensive. Not so now, they can be found for as little as $299. This has the potential for disrupting manufacturing. Uldrich says that GE is expecting to print aircraft engines by 2016. What might your company be able to print?

# 3 Robotics- I am not really sure I need to say much about this one. The influence robotics will have on all of us will be tremendous and will be here much sooner than you expect.

# 4 Genetics/Medicine– it used to take $150,000 to have your genome mapped, last year it cost $1000. Uldrich says in the near future it will cost more to flush your toilet that it will to get your genetic code mapped. Medical advances are also moving incredibly fast and this technology will have a radical effect on labs. There is now a chip that can test your blood for all sorts of issues quickly and cheaply and you can do it yourself, print out the results and take it to your doctor. And it is cheap! As someone who just spent $7000 on lab tests the prospect of spending less than $100 is very attractive. However, if you company is a testing lab you need to be rethinking your business model.

# 5 Nanotechnology – Invisible machines, at least invisible to the naked eye, inside your body repairing your organs as they fail. Sound like the stuff of science fiction? Think again. Machines that size are already being built and that industry is not slowing down. As reported in Automation World, what is currently a $10 billion industry will be a $100 billion by 2020.

# 6 Sensors – Sensors are being made so small and so sophisticated that they will be placed in almost everything we interact with. They will be able to measure the anything we desire and when combined with some artificial intelligence the Internet of Things will become ubiquitous. Sensors in our clothing, our cars, our machines, our rivers, our landscape, our appliances and much, much more will be able to interact with us and with other devices.

# 7 Big Data – All those sensors will drive the collection of more and more data. We have often said in the past that HR is hard to measure, well be prepared, it is coming and you will be able to collect ample amounts of data on everything. Sensors will also have major impacts on theft (your device will alert you when someone picks it up); your health; your activity, your refrigerator and much, much more.

# 8 # 9 and # 10 have to deal with computers, renewables and collective consumption. For information on them I will send you to Uldrich’s website Jumping the Curve.