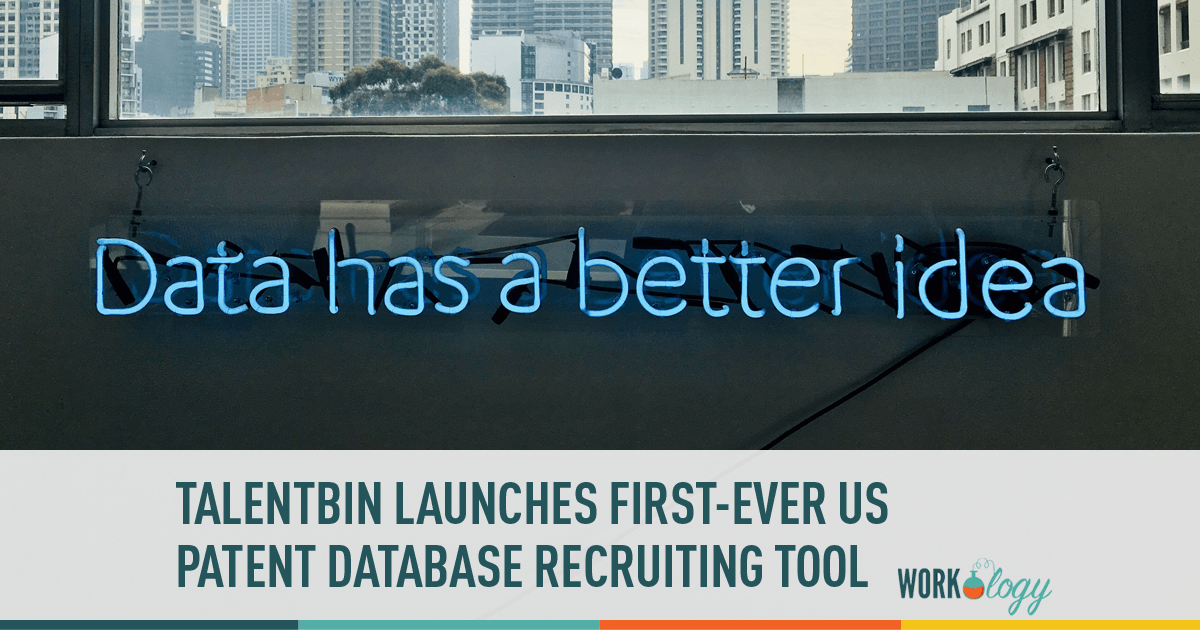 San Francisco, CA – August 31, 2012 – TalentBin, the talent search engine that turbo-charges talent discovery across the web, today announced the addition of the US Patent Database to the set of sources it scours for talent, a first of its kind. The new capability enables recruiters and hiring managers to find talent across 5 million patent grants and applications filed since 2005, representing more than 100,000 companies and over 1 million individual credited inventors. This significantly expands TalentBin’s reach into new industry talent pools of hard-to-find candidates with highly specialized and prized skill sets. This is a first step in TalentBin’s ongoing effort to index all patents filed worldwide since 1985, covering more than 33 million applications, to give recruiters and hiring managers an even greater competitive advantage in the global race for talent.

“By adding the US Patent Database to our talent search engine’s index, we’ve unlocked a treasure trove of incredible talent that recruiters would otherwise not be able to engage or find without Herculean effort,” explained Peter Kazanjy, TalentBin co-founder. “Many of these highly skilled and specialized workers are not commonly found on LinkedIn or general online communities, making them relatively undiscoverable and unrecruitable…until now.”

Patent applications and grants offer a wealth of insight into a breadth of innovators across the technical spectrum. The World Intellectual Property Organization (WIPO) notes that the 1.9 million patents filed in 2009 included applications in electrical and mechanical engineering, computer science, pharmaceuticals and biotechnology, semiconductors, and much more. Additionally, the talent represented by patent filings is remarkably international in nature, with more than half of the 490,000 patents filed in 2010 with the US Patent and Trademark Organization coming from non-residents, located in international locations which online résumé databases and professional social networks have yet to access.

“At Greylock we look for creators and innovators, so the ability to see the minds behind great technical inventions is pretty exciting. TalentBin has been highly effective in helping Greylock and our portfolio companies identify people that you won’t find on traditional professional networks,” said Daniel Portillo, VP of Talent at Greylock Partners, a leading venture capital firm based in the Silicon Valley.

As part of the talent discovery process, TalentBin identifies “passive” candidates for hiring, aggregating the skills and interests they reveal across social networks like Facebook, Twitter, Google Plus, Meetup, Quora, and more that might not make it to their résumés. Coupled with other industry-specific social communities like Github, Sourceforge, and Bitbucket, this delivers a more accurate, 360-degree view of a candidate that covers everything from professional skills to personal interests. TalentBin then takes it one step further, compiling all contact information such as email addresses, Twitter handles and more to facilitate direct candidate engagement.

Since its launch in early 2012, TalentBin has quickly become the de facto talent search engine for recruiters and hiring managers thanks to its strength in sourcing software engineers and technical talent, as well as its continuous expansion across industries and disciplines. In addition to the US Patent Database, TalentBin recently added leading graphic design, art direction, and other creative sites as sources. Over 100 leading companies, including Facebook, Groupon, Dolby, and Yahoo!, rely on TalentBin for their online sourcing and social recruiting needs.

TalentBin also offers an API for seamless integrations with a wide range of software partners. The TalentBin solution already has over 200 million candidate profiles cultivated from over 30 professional social media communities, and growing. To make TalentBin a part of your talent sourcing and acquisition strategy, visit www.talentbin.com.

Based in San Francisco, TalentBin is focused on turbo-charging talent acquisition for recruiters and hiring managers with its talent search engine, turning the web into a virtually endless talent sourcing database. By crawling targeted professional networking sites to pull together composite web resumes – adding vital skills and expertise to traditionally sparse profiles – it helps make fast and definitive job matches. TalentBin has aggregated over 200 million professional profiles to date, and provides user access from anywhere as a web application, as a browser plug-in for Google Chrome, or within existing Recruiting CRM, ATS, or HRIS system through an API. With staff hailing from VMWare, eBay, and LinkedIn, TalentBin is funded by First Round Capital, Charles River Ventures, and Ron Conway’s SV Angel. For more, visit talentbin.com .