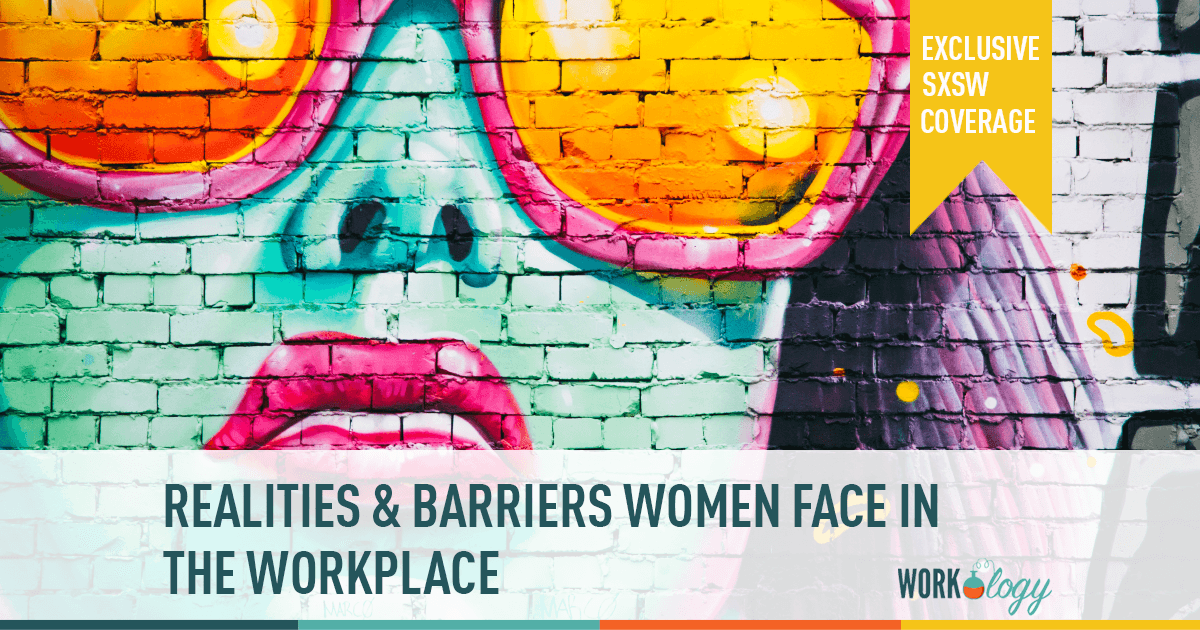 Women. Diversity. Equality.  These are three topics of importance that have been on my mind these last few weeks. I’ve been reflecting and thinking about the problem, a solution and the challenges. As a woman and a mother to a young sassy and smart woman, I have watched and waited to see how other advocates, businesses and companies have chosen to respond.

You might remember, my open letter to former Uber employee, Susan Fowler where I encouraged her not to take the settlement that would likely be offered by Uber once their investigation concluded and before she officially files her EEOC charge.

During my time at SXSW 2017 Conference in Austin, Texas, I’ve chosen to focus on the areas of women and equality. Over the last eight years I have enjoyed watching the conference evolve and the topics of consideration and concern rise and flow. I spent time in two different sessions that focused on the industries of technology and the creative industries. The problems were different but the challenge was the same. How do we help women be more successful in the workplace, are able to contribute and feel empowered to work and be women and parents without getting your career placed on the mommy track.

While I have my own personal experiences as a woman in the workplace and as a parent, I wanted to hear from others and many that were men to talk about how we need to tackle this problem and drive actionable change.

The first panel was called Why Women in Tech Matter. Panel members were a mix of male and female of all ages, some as young as 14, gathered to discuss the past, present and future state of women working in technology. I was saddened and surprised to hear the stories, particularly of how one of the panelists left the technology field altogether during her graduate school studies due to the loneliness of being the only woman in her bioengineering field. Another panelist described receiving threats of sexual violence by her male graduate student classmates if she didn’t quit making the men look bad, shut up and move to the back of the room.

The panel further discussed the problem of increasing women in STEM which is a challenge globally, in part due to women being unable to access training and technology in their villages, cities and communities in order to be exposed to STEM as well as being formally educated.

The panel presented the current state things and a number of different programs being offered to improve the number of women and girls who are interested in science, technology, engineering and math. In all honesty, it made me more than a little sad and depressed especially when you learn that 54% of women surveyed have experienced sexual harassment in the workplace and yet only 2% of them report that same harassment to their employer.

Of the 54% of working women who experience sexual harassment at work, only 2% report it to employer Click To Tweet

One member of the audience asked panelists how to handle inappropriate questions and comments by male colleagues. I, personally, found this interesting as I have no filter and prefer the direct approach. The panelists suggested to praise in public and criticize in private which I believe is appropriate in some circumstances. The audience member pressed again asking for actual words and phrases to use when faced with this situation as many in the audience agreed that it occurs on a regular basis. I think we — regardless of being a men or women — need to step up in circumstances like this and let the other person know that the comment, question or action was inappropriate.

And that’s exactly what the public did this last week when a photo of a man thrusting at the temporary art installation, Fearless Girl statue placed on Wall Street in celebration of Women’s History Month. For me, this typifies the kind of harassment that often occurs at work and elsewhere and not unlike what Susan Fowler described at Uber. Only this time, it happened in New York and not San Francisco. The panel concluded suggesting that women and male allies work together, support each other and consider partnering with organizations like Equals.org.

The second session I attended was more roundtable of 12 including myself who were invited to attend. I enjoyed the more intimate discussion directly with our hosts Casey Slater and author, Lisen Stromberg where we dove deeper into Stromberg’s research for her book, Work Pause Thrive. The roundtable was a continuation from the Elephant on Madison Avenue panel earlier that day. During the course of the discussion we focused on two key areas:

Once becoming a mother, women have four different career paths options in the creative industry:

Stromberg’s research found that not-surprisingly, 72%professional mothers surveyed had downshifted their career and those that didn’t downshift their careers were able to because of a combination of supportive employer and partner.

Because women are waiting longer to have children, especially Millennial women, employers are not equipped to handle the large influx of parents who are also career professionals whose work priorities are going to change because of children. Interestingly enough, the discussion also centered on men and their growing role as parents. Men, like women, are now struggling with parenting guilt, balancing their professional and personal lives and obligations as well as needing work scheduling flexibility.

The panels generated good ideas and discussion but left me and likely others with more questions than answers. Personally, I’d like to see the government extend FLSA paternity leave benefits for both mothers and fathers and look at adding additional compliance requirements for industries who have less diversity. While I agree with both panels that we can make a difference as individuals and within our organization, I believe the only real way we can change the culture and climate when it comes to women is impact businesses in their bank accounts through additional incentives like a female focused Work Opportunity TAX Credit (WOTC) and additional employment laws requiring extended paternity leave benefits and diversity initiatives.

You can see my live tweets from both sessions either with #elephantave or #womentech to see my notes and dialogue.