Swearing Makes You a Better Leader 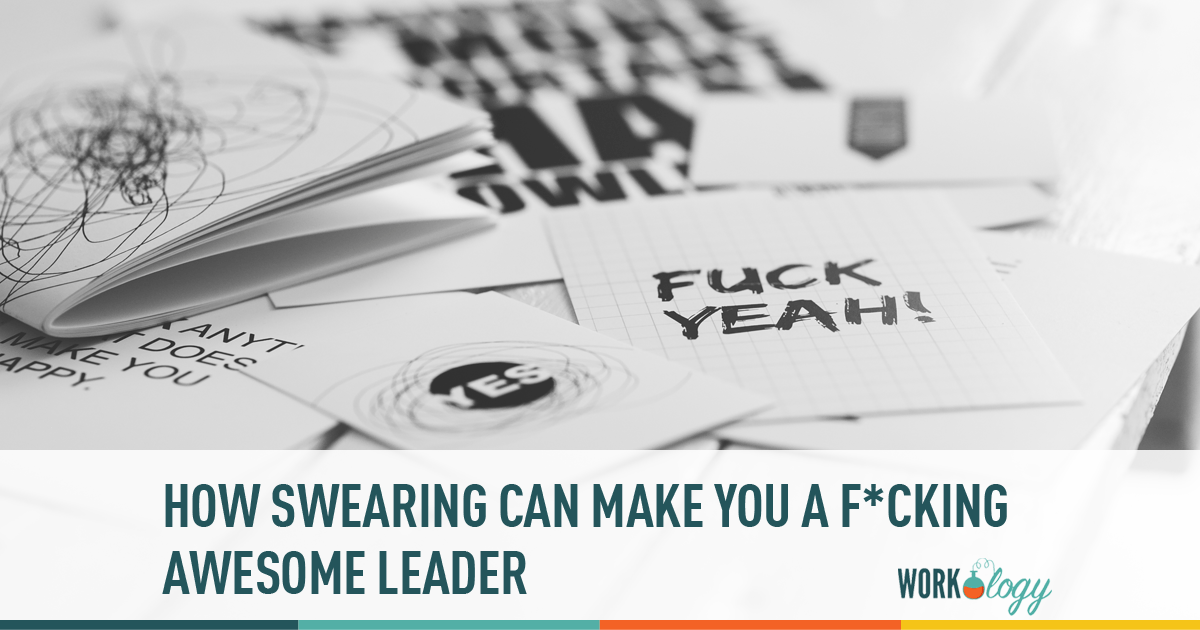 Tweeting may get you fired from your job (see yesterday’s post) but apparently, swearing gets you promoted.  This is in fact the first thing that came to my mind after reading the bnet article on Swearing and How It’s Good For Your Team.

According to the study conducted by Professor Yehuda Baruch and Stuart Jenkins, swearing aids in leadership communication and boosts team spirit. Didn’t President Obama once say on the David Letterman Show, (he needed) “to determine whose ass to kick,” when referring to the BP executives after the oil spill?

Swearing Makes You a Better Leader

And if President Obama’s doing it, is it acceptable for everyone else?  Late night television is not exactly like the corporate boardroom at the bank or company you work is it? The above-mentioned study which involved an undercover operation by Jenkins where he observed workers in a British mail house using profanity, and even tested the efforts and actions out for himself.

A long time ago in a bright orange big box retailer far, far away I myself had a boss.  In fact, I had recently been transferred as HR Manager of a store.  I learned of my transfer the Sunday before I returned from a much-needed vacation.  The new HR Manager, called me to let me know that my personal effects from my office at the old location were in a box, and would I like to pick them up?

“Yes, I would like to pick them up thank you?  And what store am I being transferred to?” I asked.

My transfer sent me to a very rough and rowdy store where the profanity was free throwing.  It was a very urban neighborhood. The store manager like the neighborhood there had a reputation.  He was known for making demands and being unreasonable.  He was a jackass and wasn’t the type who tried to hide it.  And later that Sunday afternoon, I made a trip to my new store paying a visit to my new boss who I dotted line reported too.

I walked up to the boss, and said the following, “I heard I’m being transferred to your store.  You have a reputation.  I will not put up with your bullshit.  Let me do your job and I’ll do it well.  Don’t f*ck with me.”

Yes, the f-word and the bullshit came out of my mouth and with force.  I looked him straight in the eye.  Didn’t back down.  See what I didn’t know is that he had requested me specifically to transfer to his store because I was good at my job and I also had a repuputation for working hard and doing good work.  I later learned this so the profanity may have not been necessary. I don’t regret what I said or did because he was known for treating previous HR managers as his professional errand and coffee-fetcher. I worked with that manager for nearly 6 months all while we were involved in a multi-tiered class action lawsuit. Working there was like working in a battle field. I was threatened. My car was keyed. There were picketing by employees who were part of the lawsuit. I was threatened so maybe that profanity was needed because it set the tone for my tenure. I wasn’t someone who was scared of anything which was a lie because working at that store location was one of the hardest things I had ever done.

So maybe profanity at work might make you a better leader, but I really believe there is a time and a place.  The words gave me confidence and a sense of power to make a point and take a stand.  And for those of you that work in primarily blue collar industries, the place maybe be 15 times a day.  I can’t imagine throwing down the f bomb in a New York City law firm or even the buttoned-up insurance and investment corporation. It might not be well-received just like that time I made the mistake of saying the word “shit” in the middle of a keynote speech to 1,500 conference attendees.

Sometimes I use profanity. That is just me. And I had to remind myself that multiple times when I read the feedback from my presentation. I don’t regret my word choice. I aspire very much to live my life with no regrets. However, my single word of profanity seemed to be what everyone in the audience had focused on. I was worried that the word kept everyone from getting the bigger message of what I had been saying.